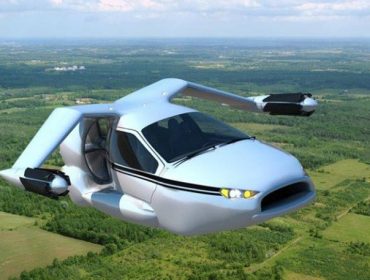 Is there a Flying car and Flying taxi market in  US and Europe?

The flying car is a fancy concept and something the US population is fairly aware of. It’s because several people from the US have tried to make this a reality. Henry Ford was the first to try and test the idea of a flying car in 1926 called “Sky flivver”. Paul Moller came close to building a believable version of a flying car three decades ago. There have been several hurdles in their path which has stalled the full-fledged development of flying cars but that hasn`t discourage other people from trying. As a result of all that learning from failures, hard work and a great amount of patience has now brought us close to the flying cars.

Terrafugia has already demonstrated successful flight of its flying car prototype back in 2013.Larry page has invested in close to $100 million in two flying car start-up called Kitty Hawk and Zee Aero. Ehang has plans to manufacture its single seater flying taxis here in the US and on top of all, we have Uber deploying a lot of thought and resources on making Uber Air a reality. Therefore, we believe the US will be the single biggest market for flying car and flying taxis, just the way it has been for general aviation.

Flying taxi- The next iteration of on-demand transportation?

On-demand, transportation has proved to be a game changer in an urban environment where average annual income, smartphone penetration, and traffic congestion are high. It has offered a reasonable option to a part of the global population which is not interested in the idea of owning a car and bearing the liability of maintaining it on a regular basis. Ride-sharing has further helped the cause by reducing redundant trips but it has done it so far only with a fleet of fossil fuel powered vehicles, repeating the same with a battery powered vehicle would require a substantial charging infrastructure.

The idea of flying taxi is being looked at very seriously by entrepreneurs due to growing popularity of sharing economy.Electric flying taxis could be the nearest proxy for helicopters as they will be VTOL capable and travel at twice the speed of helicopters. The millennials are loving the idea of a sharing economy which can be testified by the popularity of the likes of Uber, Airbnb, Bla Bla car etc. A shared ride in Uber pool in the US costs about 1/3rd of a solo ride, the same ride in flying taxi could be at the price of a solo ride but only 4X faster. The rapid advancement made in technology can also not be ruled out for a dramatic shift in the thinking of the younger population. It’s like why to bother about owning something when you can avail it instantly at one swipe over your smartphone.

To read more about this, purchase this report here

Companies mentioned in the report-