An air force capable of covering thousands of miles of water to reach most of its friends and trading partners is ideal for a nation that requires aircraft carriers for security. Large-deck, nuclear-powered carriers, on the other hand, are the most expensive battleships ever constructed. Some have questioned whether a force of ten or eleven carriers, no matter how good they may be, is even economical. 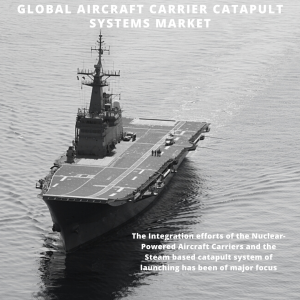 The simple answer is that aircraft carrier construction and operation as a whole use less than 1% of the government budget, thus the question of carrier expenses is more about political priorities than it is about fiscal difficulties. Because naval planes are purchased at a considerably slower rate than carriers, it’s difficult to estimate the combined cost of a carrier and its air wing. Purchase of both carriers and their aircraft, on average, costs roughly the same as one day’s worth of federal spending. For example, the Navy spends far more money buying cruisers than it does on aircraft carriers.

Getting air flowing is critical, but the carrier’s four catapults really help the planes take off quickly by accelerating them to high speeds in a very short time. Each catapult is made up of two parallel cylinders, each roughly the length of a football field, located under the deck, each with two pistons. The tips of the pistons feature a metal lug that extends through a small gap at the top of each cylinder. To connect to a tiny shuttle, the two lugs pass through rubber flanges that seal the cylinders. They then pass through a gap in the flight deck.

As global tensions rise, governments are working to improve their air combat and support capabilities. Several countries are investing in modernising or replacing their warship fleets with newer models that has the aircraft carrier technology integration. The sector has seen many carrier-based aircraft acquisition and upgraded operations of the catapult system in the last few years due to an increase in defence spending by a number of countries across the world.

National security, territorial integrity, and sovereign state all influence the aircraft carrier catapult system. Governments and parliaments are expected to defend the state and their population from all kinds of “national” crises by projecting various forms of power, such as political power, diplomacy, economic power, and military force, among other things. Whereas International law’s concept of territorial integrity says that nations should not try to encourage separatist movements or push for changes to the borders of other nations. As an alternative, it declares the imposition of a boundary modification by force to be an act of hostility.

In order to improve their marine defences, several countries are building and buying a variety of warships, including aircraft carriers. As a result of this investment in assets, naval warfare systems will progress, giving the military more control over the seas and oceans. Because of their ability to carry fighter jets, dive bombers, and torpedo planes as well as deliver air support to naval forces, aircraft carriers have become essential floating air bases for the armed forces. International waterways and nations such as the United States, India, Russia, China, and the United Kingdom are expected to replace their existing aircraft carriers with new ones, strengthening their defensive capabilities in the adjacent seas.

The Global Aircraft Carrier Catapult Systems market can be segmented into following categories for further analysis.

There are several mission-critical jobs they do, including as carrying soldiers, weapons, and other military equipment to improvised runways in risky locations and conducting multi-role responsibilities such as the flight deck crew pulls the plane to the back of the catapult and hooks the towbar on the plane’s nose gear (front wheels) to a slot in the shuttle in preparation for take-off. Another bar, called a holdback, is placed between the back of the wheel and the shuttle by the crew. The holdback maintains the plane attached to the shuttle while the engines put forth a lot of power. The catapult officer lets go of the pistons, which causes the holdbacks to disengage and the steam pressure to propel the shuttle and plane forward.

The Latest technology development focus has been the EMALS Technology of launch systems which is Electromagnetic Launch System of Catapult operations. EMALS, the Electromagnetic Aircraft Launch System, is currently installed on the aircraft carrier Gerald R. Ford and is being incorporated into the two additional Ford ships now under construction. EMALS will be launch-ready in 15 minutes from a cold start. For the same degree of readiness, steam catapults require hours and much more nuclear energy, and they drain the ship’s crucial freshwater resources in the process.

With EMALS, Ford-class carriers will be able to accommodate 160 sorties per day under normal circumstances, and an estimated 270 during wartime operations. The Nimitz-class carrier’s peacetime sortie deployment capacity has increased by approximately 33%, while its wartime capability has increased by 12.5%. Thus, the ship’s lethality and efficacy have both increased dramatically. It will allow Ford-class carriers to launch pilotless drones, which may mean the difference between life and death for deployed soldiers, as well as newer and heavier aircraft that steam cannot launch, allowing a considerably more diversified naval air wing to be created in the future.

The Integration efforts of the Nuclear-Powered Aircraft Carriers and the Steam based catapult system of launching has been of major focus. Steam from the ship’s main steam plant is utilised to keep the water level and pressurise the accumulator to 450-520 pounds per square inch (psi). The accumulator receives steam via a manifold that distributes it below the water level. The constant addition and condensation of steam during flight operations, while waiting for flight operations, or during catapult testing causes an accumulator’s water level to increase.

Diverse methods, including weight and derrick, gunpowder and flywheel, air pressure and hydraulic and steam-powered catapult have all been tried to propel it. With the building of the Gerald R. Ford-class aircraft carriers, the U.S. Navy is researching the use of Electromagnetic Aircraft Launch Systems. The most common use of catapults in the past has been to launch seaplanes so that they can land on the water near the ship and be hoisted aboard, but during WWII (before the advent of escort carriers), conventional fighter planes (such as the Hawker Hurricane) were catapulted from “catapult-equipped merchant” (CAM) ships to ward off enemy aircraft.

General Atomics has been pioneering in development of the Launch and Recovery systems for aircraft carriers since last few decades and is focused upon further development towards energy efficient catapult system. It has provisioned the GA-EMS’ Electromagnetic Aircraft Launch System (EMALS) and Advanced Arresting Gear (AAG) which are revolutionizing naval aviation. EMALS and AAG provide the range of capabilities necessary to launch and recover the full spectrum of carrier-capable aircraft. AAG is a turbo-electric system designed for controlled and reliable deceleration of aircraft.

The AAG system provides significant benefits over current recovery systems.it has been integrated with varied efforts of factored systems as part of efficiency and safety requirements which includes the Higher system availability due to increased reliability and improved maintainability based on Self-diagnosis and maintenance alerts. It has also integrated the system so as to have better and reduced manning with life-cycle costs.

QinetiQ Group PLC has focused on development on the same line of production of aircraft launch systems which are based upon the same line of technology but with a differing internal technologies of adoption. The EMALS placed under production by the company is beneficial due to its decreased maintenance requirements, thermal signature, and weight, EMALS offers considerable advantages over conventional launch methods. Because of its adaptable design, EMALS can launch a wide range of aircraft weights from a number of platforms using various catapult configurations.