A differential is a gear train with three shafts with a distinguished feature that the rotational speed of a shaft is the average of the speeds of the others. In automotive, the differential allows the outer drive wheel to rotate faster than the inner drive wheel during a turn. This is necessary when the vehicle turns, making the wheel that is traveling around the outside of the turning curve roll farther and faster than the other.

Electric drivelines don’t just transfer power from the differential to the wheel – they also transmit the negative torque that enables the eMotor to recharge the battery. In a hybrid drive, more efficient drive shafts can mean a smaller battery. 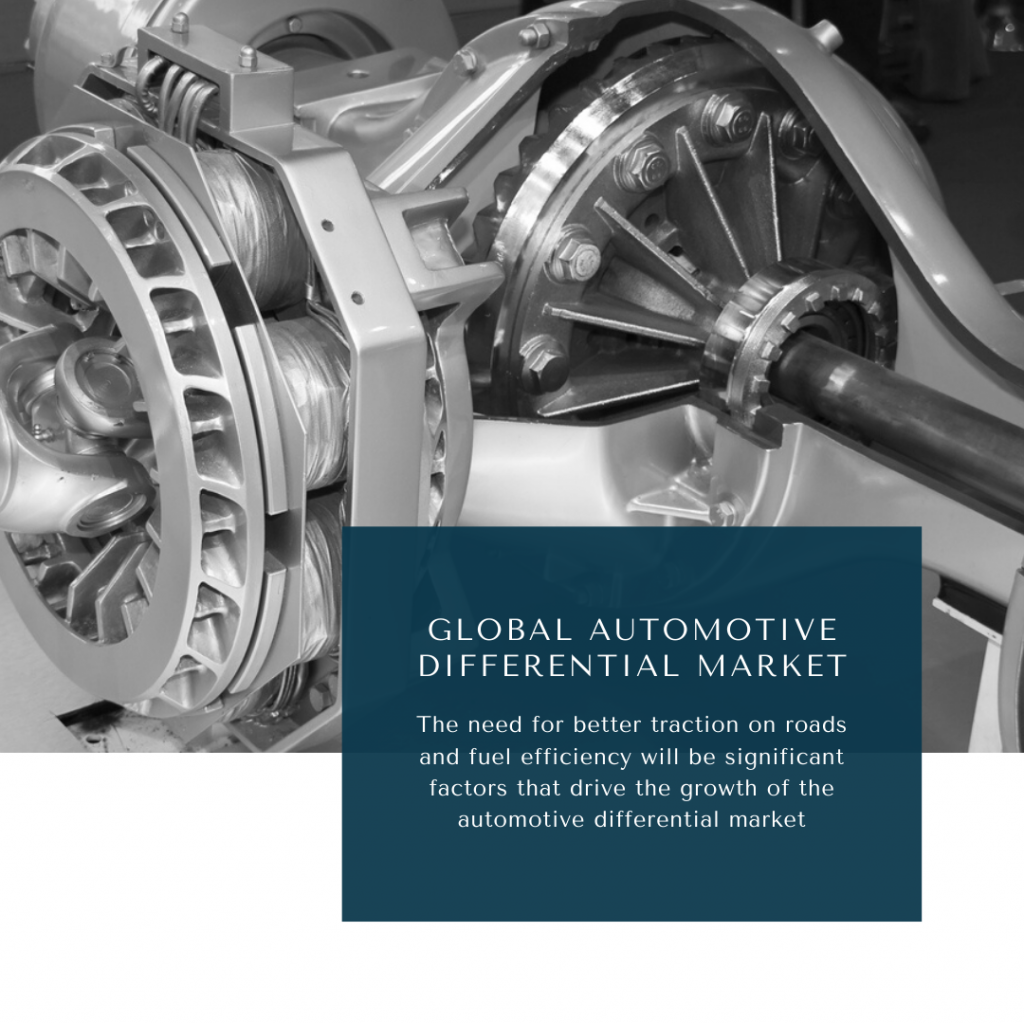 The quality of the systems integration, how well the software controls in different vehicle systems work together, is a big part of any hybrid or electric vehicle’s driving experience. Software control for an all-wheel drive (AWD) or electric drive system governs more than just the traction: it directly influences the vehicle dynamics, the CO2, the complete driving experience.

For hybrid all-wheel drive, on vehicles such as the Volvo XC90, the software control must also take care of details like the damping of any noise or vibrations, determining the quality of the system integration and drivetrain optimisation. Therefore, advancements in the differential market will see progress even with hybrid vehicles becoming more and more popular.

Lucrative demand for all-wheel drive automotive, rise in per capita income in many countries resulting in the sale of passenger vehicles along with the rise in the global standards of living will drive the automotive differential market size.

Furthermore, the need for better traction on roads and fuel efficiency will be significant factors that drive the growth of the automotive differential market. In the year 2018, India became the fourth largest automobile industry in the world, with increase in sales of 9.5% year-on-year to 4.2 million units. Passenger car technology in India will evolve from combustion engines to hybrid vehicles and eventually to electric vehicles.

Therefore, the hybrid vehicle segment will also show a need for the differential suppliers to be at par with the rising need for private ownership of vehicles. One of the challenges for a differential supplier is the complete transformation to an all-electric drivetrain, and this is expected to happen over the course of 10-15 years since infrastructure development plays a major role in easy deployment and use of EVs.

Companies like GKN are majorly advancing their R&D to cater to the needs of AWD SUVs which are expected to have a big chunk of the market. Nonetheless, the transition to electric drive is gradual and until then gasoline engines are most preferred among the common man, especially in a country like India, and therefore the differential segment is definitely set to see an increase in the growth rate in the next 5 years.