Automobile regulations are becoming the center of focus amid growing global concern over environmental pollution. Exhaust system plays a crucial role in ensuring that exhaust gases are discharged smoothly so that the engine can run at complete potential. The other significant importance of exhaust system is to reduce the noise and reduce the temperature and pressure of exhaust gas. However, growing demand for electric vehicles will hamper the growth. 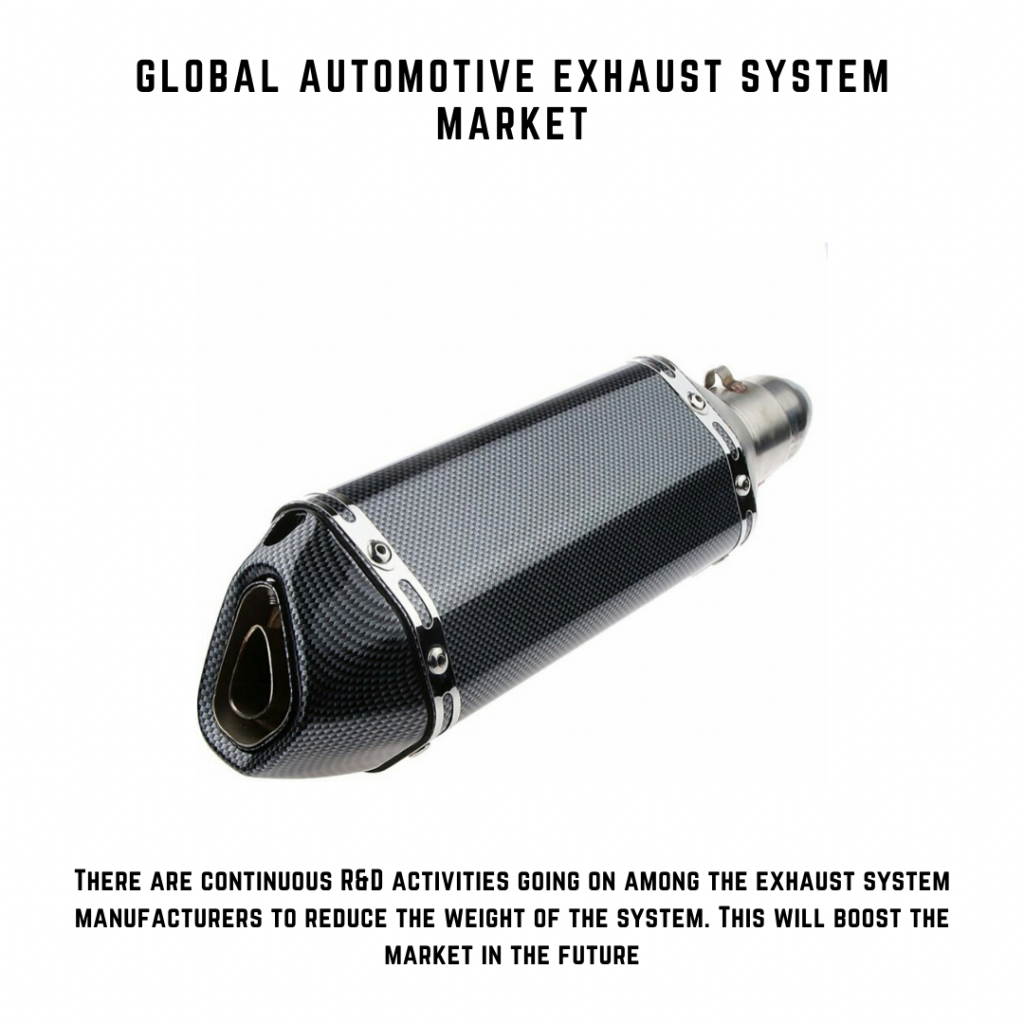 By After Treatment Devices

In order to adhere to the increasing stringent regulations introduced by the governments across the world, manufacturers of exhaust system are focussing on research and development activities. Constant demand for fuel efficient automobiles is driving the market. Further innovations in various components to meet the emission control regulations will drive the market. 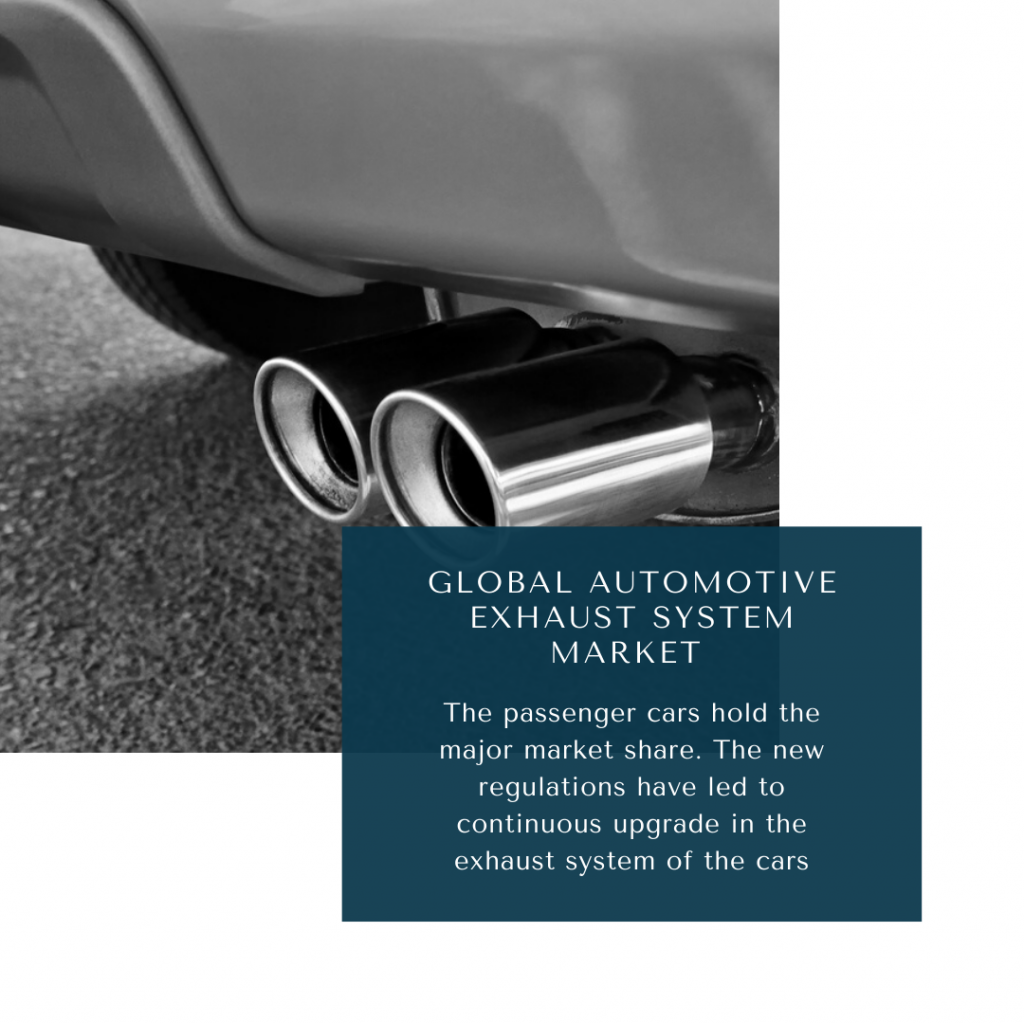 BY AFTER TREATMENT DEVICES

Based on the technology used selective catalytic reduction has gained highest market share due to its high fuel efficient technology and cost reduction. It is a relatively new technology and is able to reduce NOx emission by 70-80%. Other technologies such as DPF, DOC and GPF are used for filtering the harmful gases. However due to its inability to reduce NOx emission these are used along with the SCR technology. GPF (Gasoline Particulate Filter) among the 3 finds wider application due to increased number of gasoline run vehicles.

The below chart shows the market share of different after treatment types: 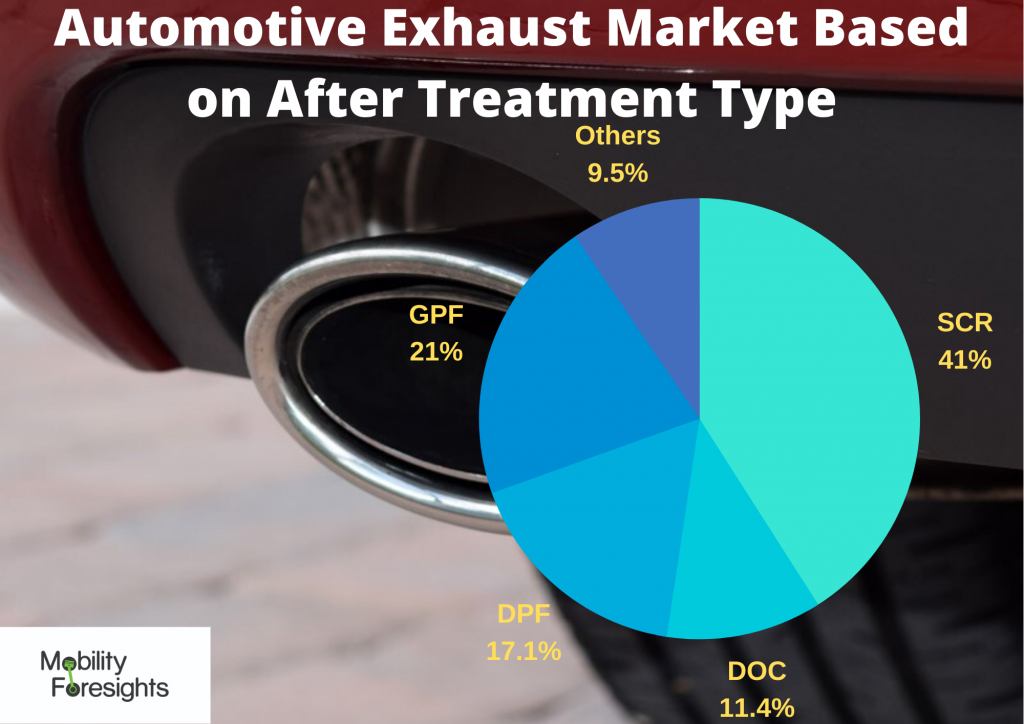 Gasoline (petrol) holds the highest revenue share. The higher number of gasoline driven is one major factor. Along with that the higher amount of carbon emissions from diesel vehicles has led to its phasing out in major markets such as China and US.

Catalytic converter occupies the highest share in the industry. The tailpipe segment is expected to gain larger revenue in the future.

The Tier-3 standard in US is the most stringent regulation in the world and it is fuel neutral i.e. same emission limits regardless any fuel. 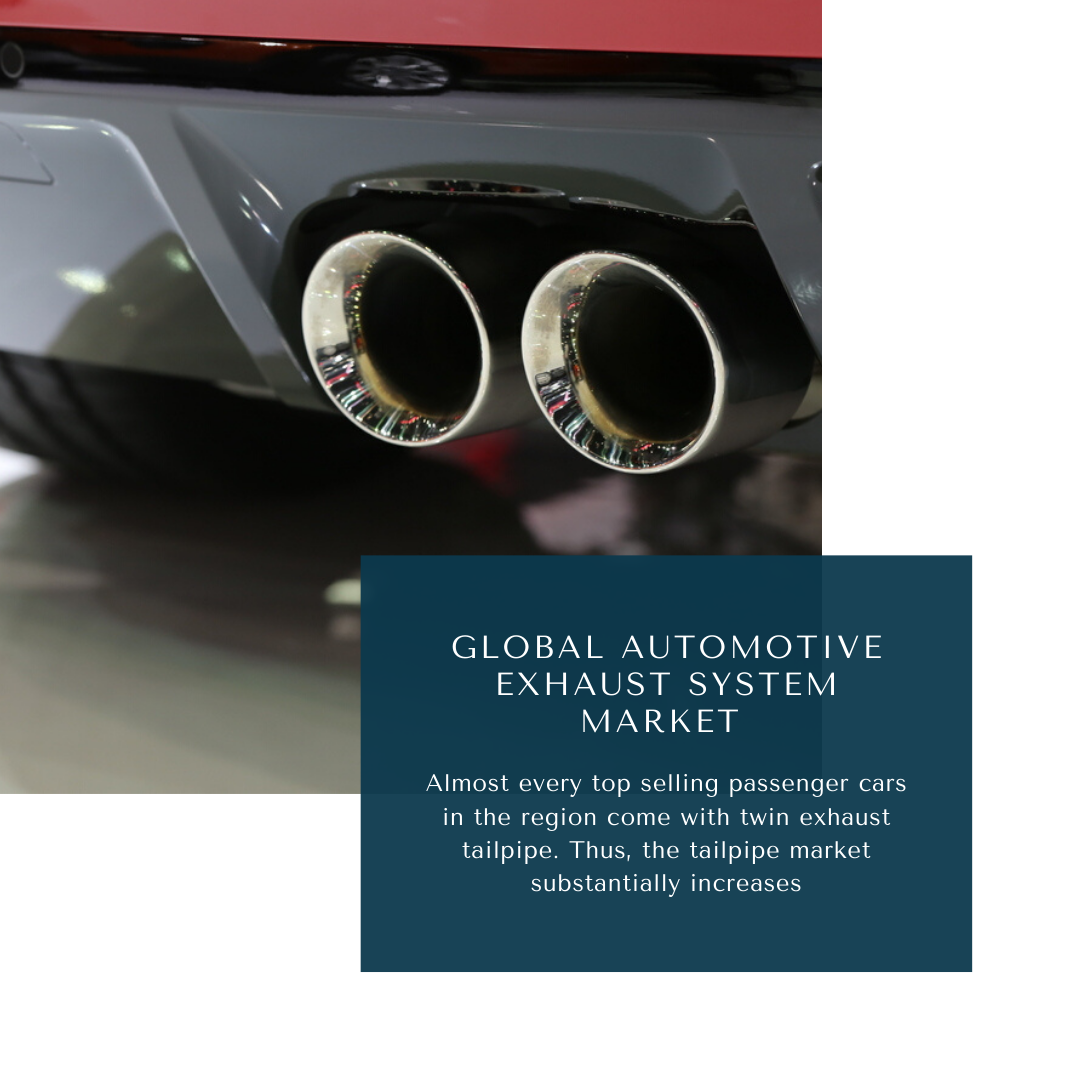 To meet the Euro 6 standards the automakers are considering incorporating the gasoline and diesel particulate filters for their respective engines.

China is the world’s largest heavy duty vehicle market and has planned to achieve soot free by 2021. In its national standard VI, it the DPF is made mandatory for new diesel heavy duty vehicles launched after July 2021.

The Bharat Stage VI which went into effect from April 2020 has reduced the sulphur content to 10 ppm. This has provoked the automakers to install modern after treatment technologies such as SCR, GPF and DPF. The mandate to incorporate three way catalytic converters for petrol engines has led to surge in demand of catalytic converters.

The Global Automotive Exhaust System market accounted for $XX Billion in 2020 and is anticipated to reach $XX Billion by 2026, registering a CAGR of XX% from 2021 to 2026.

There are continuous R&D activities going on among the exhaust system manufacturers to reduce the weight of the system. This will boost the market in the future.

In China, in order to meet the emission requirements the palladium required for manufacturing catalytic converters has witnessed a surge in price by 25%. This will propel the manufacturers to develop an alternative for the component, thus boosting the market.

Some of the Chinese manufacturers are Harbin Emissary and Chongqing Height.

Boysen is working on its Euro 7 gas heat management system