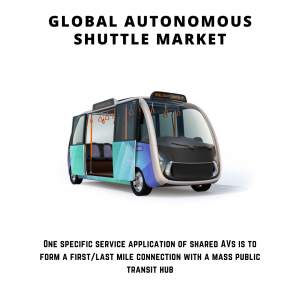 Optimists predict that by 2030, autonomous vehicles will be sufficiently reliable, affordable, and common to displace most human driving, providing huge savings and benefits. However, there are good reasons to be sceptical. Most optimistic predictions are made by people with financial interests in the industry, based on experience with disruptive technologies such as digital cameras, smart phones, and personal computers.

The impact of autonomous cars on overall vehicle travel and accompanying traffic concerns is a critical planning issue. It has the potential to go either way. They can boost vehicle travel by increasing non-driver vehicle travel, enhancing travel convenience and comfort, lowering vehicle operating costs, creating empty travel, and promoting longer-distance commutes and more spread development.

Autonomous vehicle implementation is just one of many trends likely to affect future transport demands and impacts, and not necessarily the most important. Their ultimate impacts depend on how autonomous vehicles interact with other trends, such as shifts from private to shared vehicles.

Vehicles last longer, cost more, impose larger external costs, and are more highly regulated than most other consumer goods. As a result, vehicle technologies take longer to penetrate markets than most other sectors. It will probably take decades for autonomous vehicles to dominate new vehicle purchases and fleets, and some motorists may resist using them.

Optimistically, autonomous vehicles will be safe and reliable by 2025, and may be commercially available in many areas by 2030. If they follow the pattern of previous vehicle technologies, during the 2030s and probably the 2040s, they will be expensive and limited in performance, sometimes unable to reach a desired destination or requiring human intervention when they encounter unexpected situations.

Another significant problem is how much potential value can be realised when only a fraction of vehicle trip is autonomous. Some benefits, such as increased mobility for rich nondrivers, may occur while autonomous cars are rare and expensive, but many potential benefits, such as lower congestion and pollution rates, reduced traffic signals and lane widths, need that vehicles operate autonomously.

The Global Autonomous Shuttle Market can be segmented into following categories for further analysis.

By Level of Autonomy Type

Autonomous Shuttles have been the changing trend in the most recent technological interventions being made into the Autonomous shuttle markets. Technology has been playing a major role in the autonomous requirements of the shuttles. There have been various forms of technologies being brought into existence through continual improvement in the technologies existing within the market.

Leddar Pixell, the most robust LiDAR on the market, offers a comprehensive detection “cocoon,” enabling dependable object and vulnerable road user identification as well as excellent robustness and endurance. This 3D solid-state LiDAR is an excellent choice for autonomous shuttle applications.

Many businesses are now working on the development of various autonomous shuttle systems. The market for LiDARs for autonomous shuttles is still in its early stages, but it is anticipated to grow more than 50% over the next five years. The sensor configuration varies greatly amongst autonomous shuttle platforms and can range from 3 to 12 LiDARs.

There has been evolving technology in driverless autonomous vehicles. To do this, the deep learning machine learning technology is utilised to interact with the vehicle in order for it to learn by example without the presence of a human attendant on board. This includes actions such as recognising a stop sign or distinguishing between a pedestrian and a lamppost. As part of the process, the technology interacts with several next-generation radars, cameras, and lidar sensors. It crunches data from these in real-time for a 360-degree view of the vehicles’ surroundings.

Autonomous vehicles (AV) in the form of shared transport services (e.g. car sharing and ridesharing) can form a viable alternative to the personal car. If the user uptake of shared AVs is high, they can have a substantial impact on traffic related to personal mobility in cities. One specific service application of shared AVs is to form a first/last mile connection with a mass public transit hub. In the current paper, we refer to this type of service as an autonomous shuttle service.

Neolix has been one of the most influencing brands amongst the Autonomous Shuttle manufacturing stakeholders in the global scale of operations. Beijing-based start-up Neolix recently closed a $29 million financing round and is using autonomous vehicles to deliver food to households, especially in the areas that were worst affected by the epidemic. The company is primarily based in the capital, but the main production facility is in Changzhou, around 700 miles south of Beijing, with an annual capacity of around 10,000 vehicles.

The Neolix operates a custom-made autonomous shuttle requirements, which is a 2.4 x 2.4 x 2.4-metre shuttles move around using a mix of sensors, including lidar sensors and HD maps, and can go up to 60 miles on a single charge, up 20-degree inclines, and at a peak speed of 31 mph. The shuttles are Level 4 autonomous vehicles, which means they can handle the bulk of driving scenarios on their own, but they still have a cockpit and telecommunications systems.

LeddarTech has been another stakeholder in active recognition throughout the market with a modernisation of prospective technologies being integrated at each step of requirements. LeddarTech is involved in propagating manufacturing of integrated approaches towards LiDAR based Solutions. They rely on a mechanical-scanning LiDAR sensor that is placed on top of the shuttle, which provides long-range detection and 360 degrees of coverage. Flash LiDAR, such as the new Leddar Pixell Cocoon LiDAR, offer considerably better mean-time-between-failures (MTBF) than mechanical scanning LiDAR, as well as 100 percent light density and total coverage of the field of view.