China witnessed annual sales of 21.4 Million passenger vehicles in 2019. China also accounted for highest number of EVs and PHEVs for any region in the world, this has boosted the market value of the HVAC system in the country. 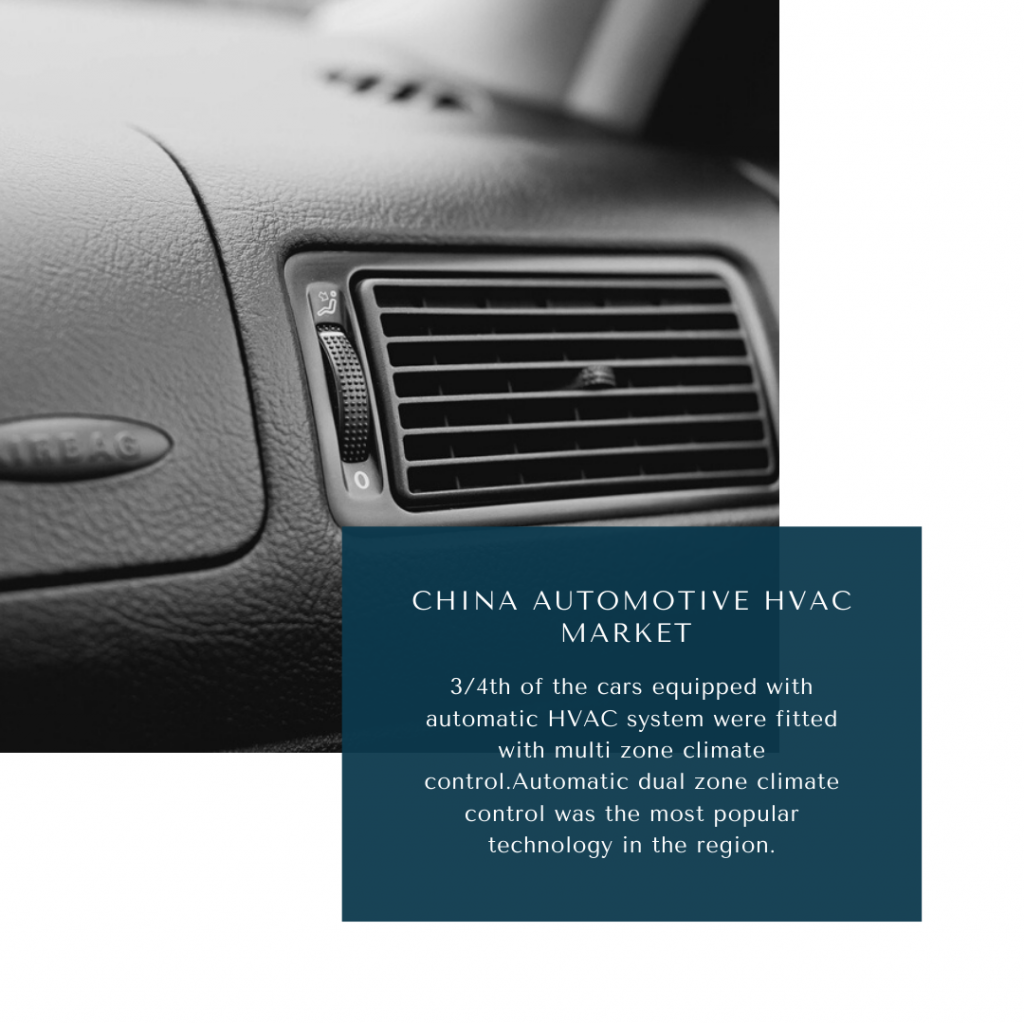 The COVID-19 outbreak is estimated to reduce the passenger vehicle sales by at least 19%. In H1-2020, the BEVs and PHEVs sold saw a 35% decline in sales Y-o-Y. The market in China is slowly stabilizing, reopening of manufacturing plants and restart of domestic supply has slowly helped the sector to get back to normal at least at the domestic level.

Sedan and SUVs accounted for almost 92% of the total car sales in the country. Rear AC fitment among the passenger vehicles was 2nd highest in China, after US. Comparatively low pricing of the HVAC content per vehicle has kept the market value at bay despite the large number of car sales.

In 2019, market value of automotive HVAC system in the country was 2nd highest for any region in the world.

Installation of air purifier in the cars is growing significantly and the premium cars are equipped mostly with ‘negative ion generator’ filter. In China 23 out of top 30 selling cars in 2019 are equipped with PM (Particulate Matter) 2.5 filter and Pollen filters.

HMI (Human Machine Interface) or the HVAC controller design among the top selling cars is mostly knobs. Haval H6 and Geely Boyue had reinvented the HVAC controls design, even though were still equipped with buttons. The touchscreen HVAC control technology is present in the premium segment cars.

Extension of subsidy for 2 more years from 2020 to 2022 will play a major part in boosting EV sales in the country. Thus, the EV sales will boost the market value of HVAC system as the HVAC price per vehicle is higher in EVs.