China with the largest automobile industry in 2019 had ~21.4 Million passenger Vehicles. The pandemic outbreak in 2020 is expected to negatively affect the sales by 16-19%.

Sedan and SUVs accounted for almost 92% of the total car sales in the country. These car segments have propelled the LED penetration in the market. The combined volume of LEDs fitted in the cars is highest for any other region in the world. 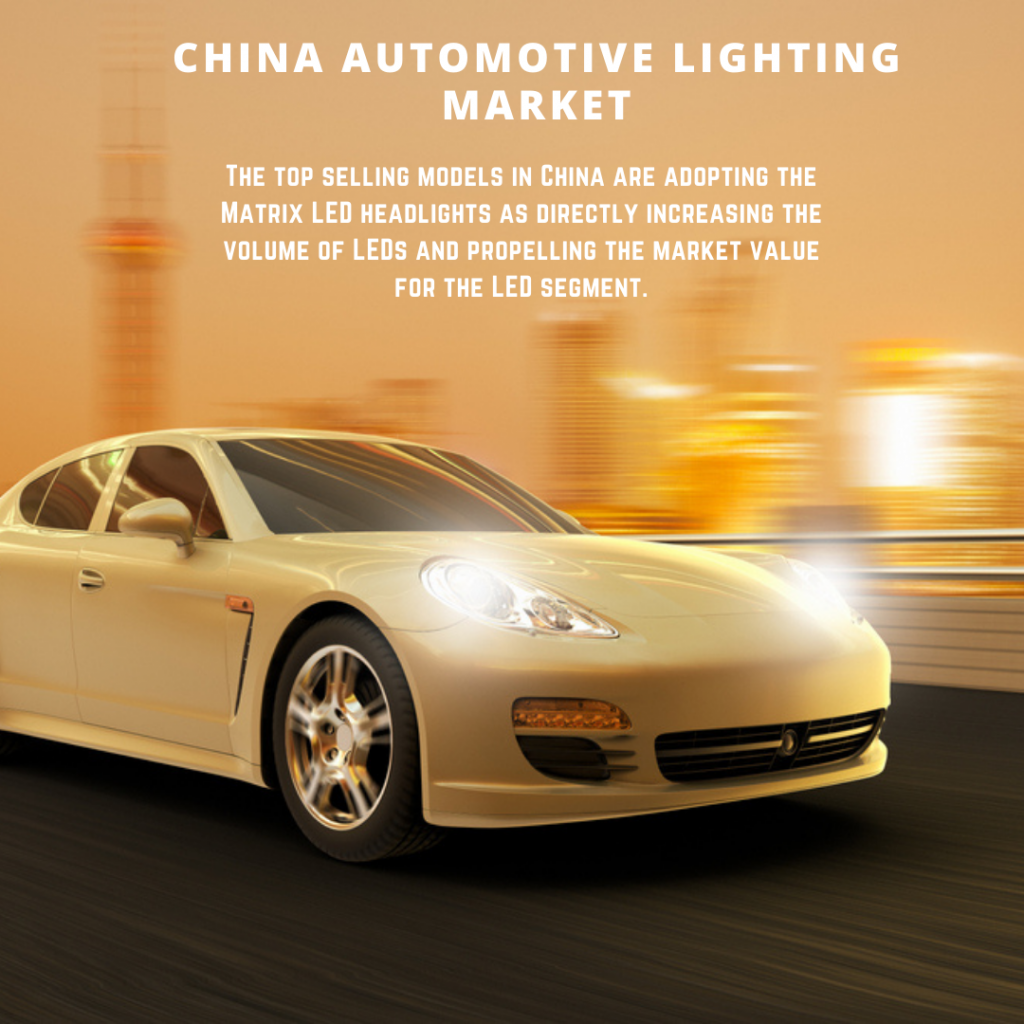 In 2019, market value of automotive lighting system in the country was 2nd highest for any region in the world. Despite the high volume, the low individual vehicle pricing of lighting resulted in value less than that of market leader US.

LED exterior lighting has been the market leader in terms of volume among the various technologies used in lighting. Due to its large market share it has been the occupying high market value too.

Among the OEMs, VW Group had higher penetration towards LED headlights. Whereas, the budget brands such as Wuling, Geely etc in the country had much lower penetration of LED lighting and had most of the cars with Halogen exterior lighting.

HID lighting is currently almost negligible among the top selling cars and the volume of these are not impacting the market value.

The laser lighting however, are limited to the ultra-premium brands like Audi and BMW. The laser lighting despite the low penetration in the volume impacts the market value significantly, due to its high price.

In the rear lighting, the Chinese OEMs had rather less penetration of LEDs in this segment compared to foreign OEMs. Top selling cars from Changan, Wuling, Jetour, Baojun and Roewe had most of its variants equipped with Halogen Tail lamp.

China had one of the highest adoption LED DRLs among top selling cars. Wuling Hongguang and Volkswagen Santana were the only 2 models among top 20 selling cars not to be equipped with the LED DRLs in 2019.

The top selling models in China are adopting the Matrix LED headlights as directly increasing the volume of LEDs and propelling the market value for the LED segment.

Adaptive Headlights currently limited to mostly Premium segment cars are expected to important feature to be included in top selling models too.