Tractors play a key role in the development of agriculture and they have been used on farms to mechanize several agricultural activities and are an essential necessity of farming as they provide machine power for performing farm applications. 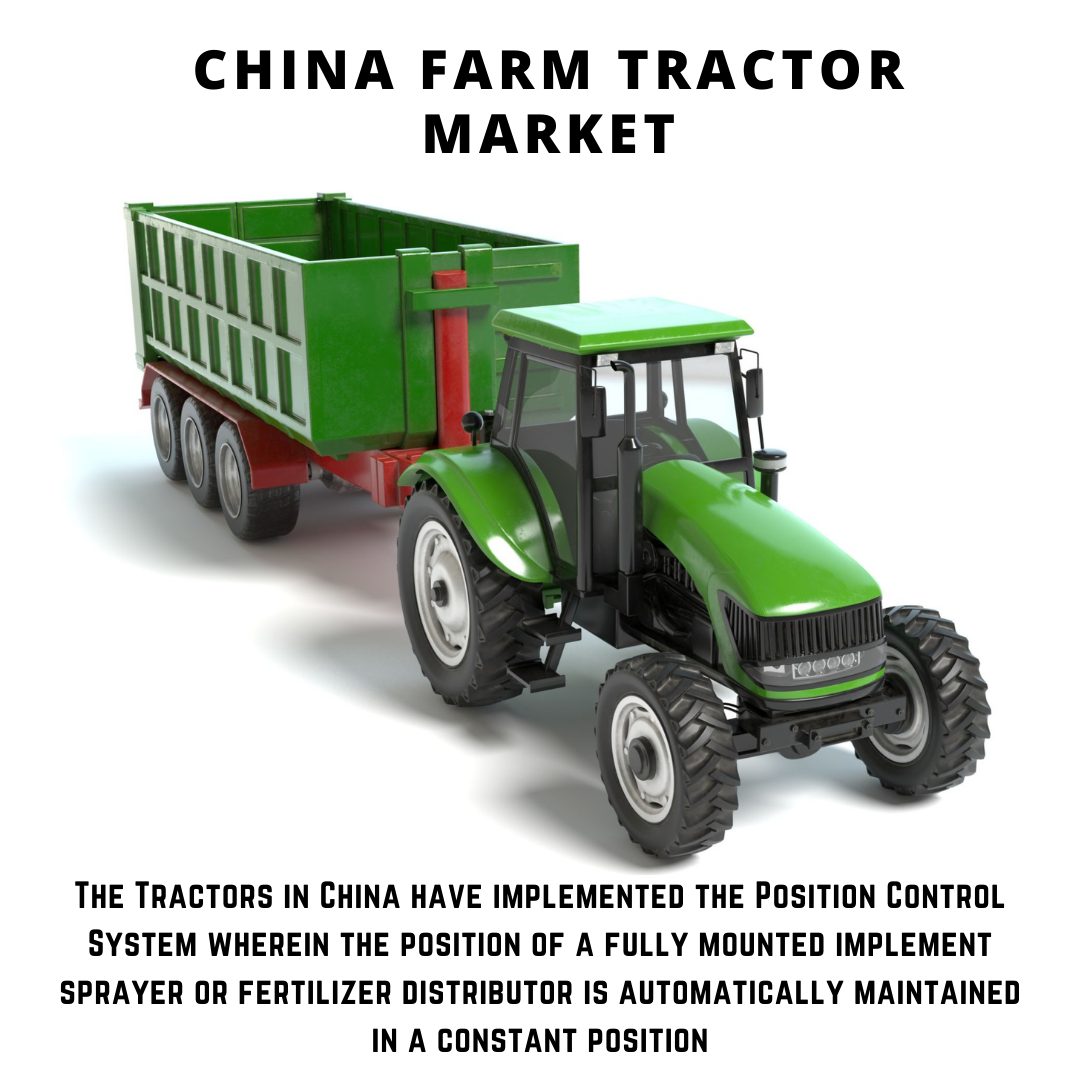 Tractors are the most significant type of agricultural equipment in China, accounting for ~30% of total annual demand. Large, high powered tractors have greatly benefited from the Chinese government’s subsidy policies and will continue to see strong growth over the forecast period.

To satisfy specific farm requirements the tractors are available in a wide range. Compact tractors are ideal for heavy duty landscaping jobs or ploughing large gardens, fields & pastures. Sub compact tractors help in performing a wide range of tasks like cutting of grass, moving mulch & tilling gardens. Besides this there are utility tractors to mechanize complex farm activities.

The previous decades of Chinese industrialization had noticed a 5 Stage development phase for agricultural modernization within the country wide perspective.

The tractors had moved into action during the construction stage of modernized agricultural machinery with tractors being put upon as key important requirements in the country. It was important for China to have a considerable amount of investment to fight the production rates with the developed countries.

China invested in the entire agricultural value chain starting from the production of old farm implements and imitation of new foreign farm implements, by 1957, the national farm machinery repair and manufacture factories had grown to 276, with 123,000 employees and a total industrial output value of 384 million yuan. Industrial machinery, and began to plan the production of tractors, agricultural machinery industry output value rapid growth.

Numbers have since continued to increase, especially in India, where tractors numbered 2.6 million in 2010 and China, where they numbered over 2  million in 2008 as per Food and Agricultural Organisation of United Nations.

China is also one of the world’s largest farm machinery manufacturers and the China-Africa Machinery Corporation founded by the YTO Group focuses on the transfer of technology in the interests of smallholder farm development in Africa.

The Chinese Market of Farm Tractors can be segmented into following categories for further analysis.

By in Product Tractor Type

China has started focusing on the adoption of automated farming machinery through the introduction of driverless tractors. Owing to it, YTO Group Corporation launched its first driverless tractor in 2017 and is planning to conduct mass production as per the market demand.

The operator interface on some machinery includes indications of productivity (acres/hour) and/or fuel use (gallons/hour). These monitoring functions continue to evolve, with some systems providing indications of real-time efficiency

The hydrogen fuel cell powered tractor is being integrated within scope of further development of the Super Tractor. The Hydrogen based tractor; ET504-H can fill up enough hydrogen in three to five minutes to maintain range for another four hours of use. The main drawback is the requirement of a Professional hydrogen filling station in the vicinity of its operation.

The Tractors in China have implemented the Position Control System wherein the position of a fully mounted implement sprayer or fertilizer distributor is automatically maintained in a constant position (e.g. operating height over the ground) despite leakages in the hydraulic system tending to lower the position of the implement.

Other mechanisations include sophisticated hydraulic systems are now available on all modern tractors capable of performing additional functions including the operation and control of a multiplicity of implements and machines mounted to the rear, front or side of the tractor including loaders, mowers, agrochemical applicators, harvesters, and feeders.

In terms of increasing the agricultural efficiency and time conservation perspective , Automation robots have been brought into existence and extensive trails within China.

China has been working on the development of precision autonomous machinery. Much work has been carried out in several areas. These include tractor guidance, whether it is laser-based or GPS-based. For agricultural tasks, precision guidance of the tractor is necessary, but not sufficient, as the tasks themselves are generally carried out by some form of trailing implement which brought upon the integration of Tractor Implement precision.

The implementation of Precision Farming Data Set (PFDS) has been seen onboard various tractors in China  which describe the crop layout. Such a set will describe the navigation and spatial accuracy requirements for the crop and provide a basis for Tractors,  where spatial accuracy is required. In the case of broad acre farming, the PFDS will take the form of a route map for the tractors.

Within China, the Industrial giants had tested upon retrofitting with steering, throttle and continuously variable transmission actuators controlled by a proprietary automatic steering system.

In addition, the three-point linkage and power take off, could also be controlled. This led to the autonomous tractor being integrated with precision driving and Farming systems. The required devices of importance were placed with a separate implement like structure being provisioned behind the Tractor.

The Chinese tractor industry is exploding in terms of growth as agriculture is getting more mechanized in China, and also due to the low-cost manufacturing providing low-cost tractors to all parts of the world. There are many factories that build tractors of the same design, and even brand name, and others that seem to be unique to their own branding and technology.

The companies within the Chinese region are into large scale manufacturing opportunities. Whereas the innovation centres present in the country are implementing various sources to test and integrate these technologies into live production capabilities. An agricultural machinery innovation centre in China has developed a prototype of an electric-hub driverless tractor.

The electric based tractor had achieved a higher than required comparative average turning radius of 3.5 meters in tackle against diesel-fuelled 100-horsepower tractors. the “ET1004-W” tractor set a record of 3.5 meters, the shortest turning radius by a 100-horsepower tractor in China. This was developed by the National institute of Agro Machinery Innovation and Creation.

The Major JV placement in recent years includes the Mahindra Farm Equipment Sector signing an agreement to form a joint venture with Jiangsu Yueda Yancheng Tractor Manufacturing Co. Ltd to occupy 51% share and give a tight competition by being the 3rd largest manufacturer in China by formation of the JV.

The key players of global retail e-commerce packaging market are