Lubricants are essential in modern life. Car engines and gearboxes run smoothly through integration of sophisticated oils and greases. Lubricants are remarkable fluids. Irrespective of weather conditions, the engine oil has to operate reliably over temperatures ranging from -40 °C to above 250 °C – the temperature near the top piston ring. It also has to cope with pressures between 105 and 109 pascals, as well as contaminants including metal particles and soot.

Lubricants operationalise the major roles of controlled friction and wear in the engine, protection of engine from rusting, pistons cooling, and they protect the engine oil stored in the sump from combustion gases.  Approximately, 75%-95% of a typical engine lubricant is made up of a base oil – a mineral oil that has come directly from a refinery.

These base oils can naturally contain straight or branched chains of hydrocarbons, hydrocarbon molecules with aromatic rings attached, or these chains can be produced by further chemical reactions of the base oils. Lubricants fall into two broad categories – monograde and multigrade – depending on whether their viscosity changes significantly with temperature or not. 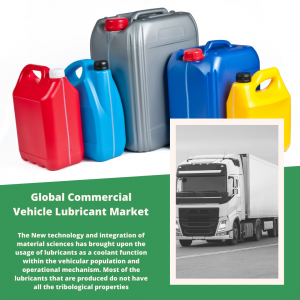 In consideration being given to the Automatic Transmission based vehicle propulsion, ATF is integrated within the engine. ATF  is  designed  to  provide  a  long-lasting  exploitation  of  automatic/hybrid transmissions. In order to make it possible, it is necessary to provide, in addition to the base fluid,  also an  additive  package providing  the  required  physical  and  chemical properties of the fluid.

Additives are chemical compounds added to lubricating oils to impart specific properties to the finished oils. Some additives impart new and useful properties to the lubricant; some enhance properties already present, while some act to reduce the rate at which undesirable changes take place in the product during its service life. Additives, in improving the performance characteristics of lubricating oils, have aided significantly in the development of improved prime movers and industrial machinery.

Automotive  manufacturers  made  significant  efforts  to  achieve  an  overall increase in energy efficiency and to reduce the toxic emission level. In the way  to  achieve  these  goals,  non-conventional  engine  technologies  were brought  to  the  market  with  improved  efficiency  and  controlled  emission systems. Numerous other supporting technologies which include biofuels and newly improved lubricants were  also involved to contribute to  automotive engine system improvement.

The problem of friction and wear being inbred to the automotive application, further raise environmental hazards by way of more  fuel  consumption and wear  debris. Effective  lubrication  of  the relative  parts  in  the  automobile  is  required for smooth  sliding  over  each  other  and  to  reduce friction  and  wear  in  order  to  decrease  the emission and energy  losses  from the  engine.

The recent manoeuvring in the market dynamics has been towards electric mobility, wherein the requirement of lubrication fuel exists in these commercial electric vehicles. The future success of electric mobility is the right sealing technology for a fully integrated electric powertrain. Lubricants and seals always interact very closely. Both are part of a tribological system, and their mutual compatibility is indispensable for both to function.

An innovative lubricant concept that is being used within the commercial viability of electric vehicles is based on ionic liquids. This modern, patented concept turns the lubricant into a lightning conductor to prevent harmful potentials from forming. In addition to the vehicle-relevant data like rpm, smooth operation and extended service life, this new generation of speciality lubricants also addresses the issue of electric conductivity.

In the present scenario of IC Engine based vehicular propulsion, it can be seen that the lubrication is attained via various methodologies and penetration through additional usage of materials. This helps in bringing up the efficiencies as additional functional elements.

Basically lower molecular weight hydrocarbons with about 12 to 50 carbon atoms are used in the commercial vehicles engines . As they are cheap, available in abundance and stable under service conditions, hence they are widely used. But the oiliness of mineral oils is less, so the addition of higher molecular weight compounds like oleic acid and stearic acid increases the oiliness of mineral oil.

In the present Market, there has been extensive usage of mineral oils-based lubricants, fixed oils which include specific volumetric proportions of animal, vegetable and fish oil inclusions, synthetic oils and fluids, soluble oils and compounds, semi liquid and plastic lubricants.

The Global Market of Commercial Vehicle Lubricant can be segmented into following categories for further analysis.

Improving  environmental  friendliness, reliability, durability  and energy  efficiency is  of significant  interest  in  the  field  of  automotive industries. New techniques are being developed which  include  introducing  new  lightweight materials,  less  harmful  along  with  controlled combustion of  fuels, and effective  lubrication  which controls the environmental problems brought by the  vehicles.

Effective  lubrication  of  the relative  parts  in  the  automobile  is  required for smooth  sliding  over  each  other  and  to  reduce friction  and  wear  in  order  to  decrease  the emission and energy  losses  from the  engine. To meet  these  challenges and  to open  up the  new possibilities,  new  lubricants,  and  improved additives  must  be  developed  constantly.

The Most synthetic possibility of these lubricants includes the Polyalphaolefins which is the synthetic  oil synthesized  from  linear  paraffin  and  shows superior  performance  as compared  to  mineral base  oils  but  its ability  to absorb  the additives is  low  due  to  its  well-defined  molecular structure.

Esters  or  naphthenic  base  oils  are commonly  added  to  the  PAOs  base  oil  to improve the additive solvency of the PAOs base oils.  There are recent intrusions of the possibility for polymer-based additives within the base oil systems. A small amount of this polymer can be dissolved in the base oil, which will coalesce on the bearing surfaces and form a continuous quasi-static film on the bearing surfaces. This film is an order of magnitude thicker than the remaining viscous boundary layer created by the base lubricant. This is called matched molecular chemistry (MMC).

The current engine lubricants used in internal combustion engines (ICE) are responsible for reducing engine friction losses and contact wear. Therefore, the impact of engine oil viscosity and aging is of prime interest with regard to the motion of passenger cars and commercial vehicles in the global scenario.

The lifeblood of an engine is its oil, and all these changes are taking the demands of oil to new extremes. Fortunately, there has been enough access to the best oil technology that has developed a revolutionary process of turning natural gas, an exceptionally clean and consistent product, into an extremely pure base oil.

Shell’s Pure Plus technology provides a 99.9 percent pure end product, which means the oil can perform to a higher level than before and stand up to the demanding requirements of modern vehicles. It performs well in hot and cold weather, protects components, and can handle the long breaks between oil changes.

In concentration being given towards the Electric Vehicle manufacturers, they have been recently focusing upon hydro lubricants containing water as a base oil show extraordinarily low friction and an improved cooling effect. The lubricant can help to extend the travel range of electric vehicles and reduce gearbox temperature by up to 17 °C compared with conventional lubricants. With the lower temperature, engineers have more options for their vehicle design.

Commercial electric vehicles manufacturers which include Tata Motors, and others have been looking upon the grease based lubricant technology improvisation in specific to usage within the commercial electric mobility solutions. This was recently tried through Lithium-containing greases, which are soap-based formulations manufactured by saponification with lithium hydroxide (or, less frequently, lithium carbonate). Their dropping point temperature of 190-220 C (374-428 F) is higher than that of calcium greases; they adhere well to metal, are non corrosive and resist moisture.