Batteries came into general use with the introduction of electric starting motors on engines. For more than fifty years, the industry relied on dynamos to recharge the batteries with direct current.

The alternator system was already widespread in heavy-duty industrial applications. However, adapting the technology to the technical constraints of construction vehicles in an era when electrical energy requirements were relatively low proved to be too complicated. 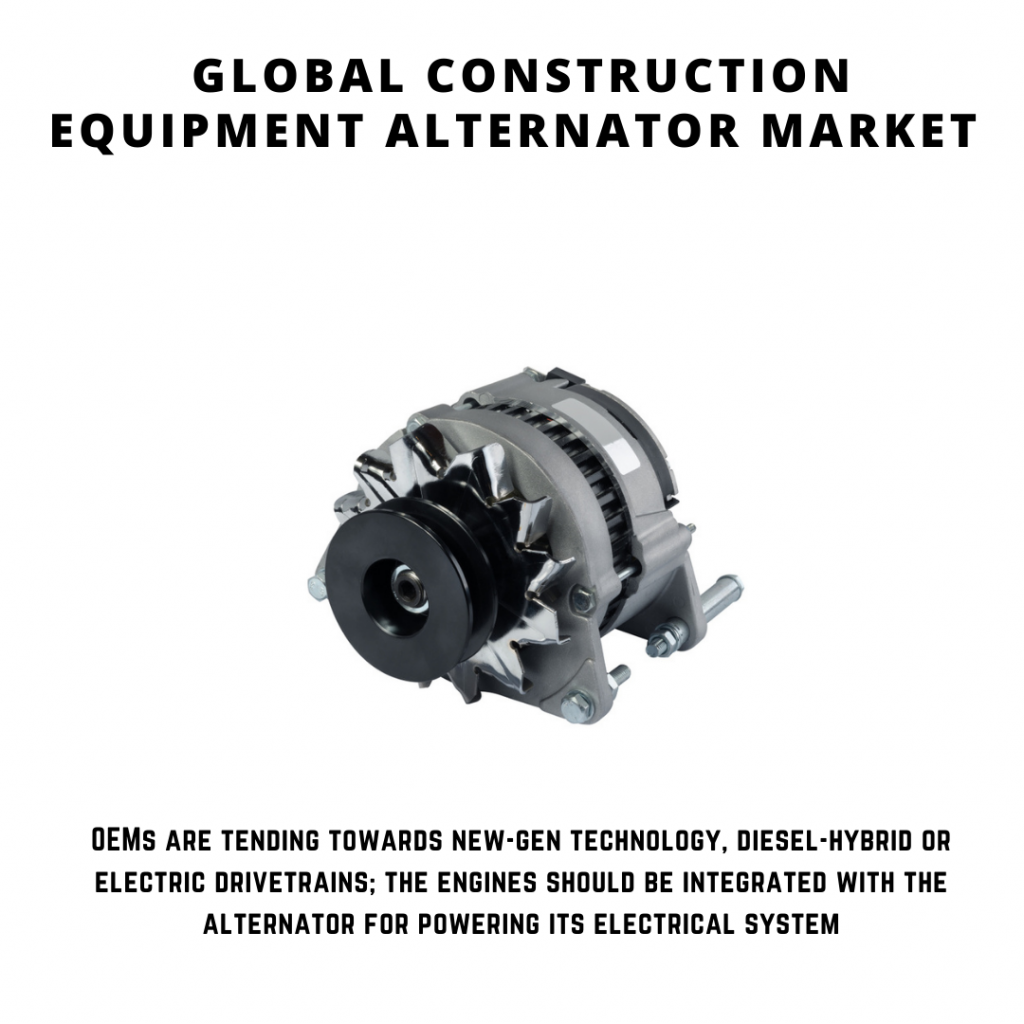 When the engine is running, the alternator supplies constant electrical energy to the vehicle’s electrical circuit and battery (for recharging). Construction equipment requires an alternator that has high frequency, high output current, more reliability and suitable for the harsh working environment.

Hybridization has been an ongoing conversation for a long time, so the term isn’t new, but it is still evolving as new power sources, technologies, and capacities become accessible and available.

The hydraulic hybrid drivetrains because of the high-density energy capture and release capabilities it has. As hybrid power sources like batteries have evolved to allow for more rapid energy release when these are the parameters manufacturers will also develop compatible alternator to power this drivetrain and along with the capacity to withstand peak loads during operations.

Recently, engine manufacturers have been highlighting their hybrid solutions. Kubota Engines, with their Micro Hybrid Technology system, incorporates a 48V motor-generator in place of a traditional alternator. Some applications like forklifts and wheel loaders when they are operating on peak load, even though the amount of time they use the peak load is very limited.

Larger engines will be selected. But, by being able to take energy from batteries or electric motors, they don’t need to rely on the engine for the full power need.

The electrical energy produced by the alternator is sent to the power electronics, which momentarily functions the load on the engine. It does this by assisting the engine (via an engine-mounted gearbox) in driving the hydraulic pumps that power boom, bucket, steering, and cooling-fan functions, and by assisting in driving parasitic loads on the engine, such as the water pump, air-conditioner compressor, oil pump.

The global construction equipment alternator market is estimated at $XX Billion in 2020 and growing at XX% CAGR till 2025.

As OEMs are tending towards new-gen technology, diesel-hybrid or electric drivetrains; the engines should be integrated with the alternator for powering its electrical system. Developments have been made for superior RPM output, efficiency, size, faster battery recharge, craftsmanship, and overall better current output.

John Deere’s hybrid loaders use 25 percent less fuel than the conventional typical applications. By contrast, the hybrid’s engine drives a brushless AC electric generator, which sends power to the electric motor via a power electronics module.

Liebherr with their Litronic Plus Isolation system consisting of a double-pole battery, starter motor, and hoist system isolators which ensure the safety of maintenance personnel and also to ease service access, the alternator is remote mounted and connected to the splitter box with a drive shaft. The Active Front End function of the alternator is driving the engine during retarding; during propel phases, the electric drive controls the powertrain. This technology will allow all the components to operate at peak efficiency independent of external conditions.