Cranes are used to do all the heavy lifting stuff that are used to both lift and lower heavy stuff and move them horizontally and used for loading and unloading the type of materials which are beyond the normal human capacity. 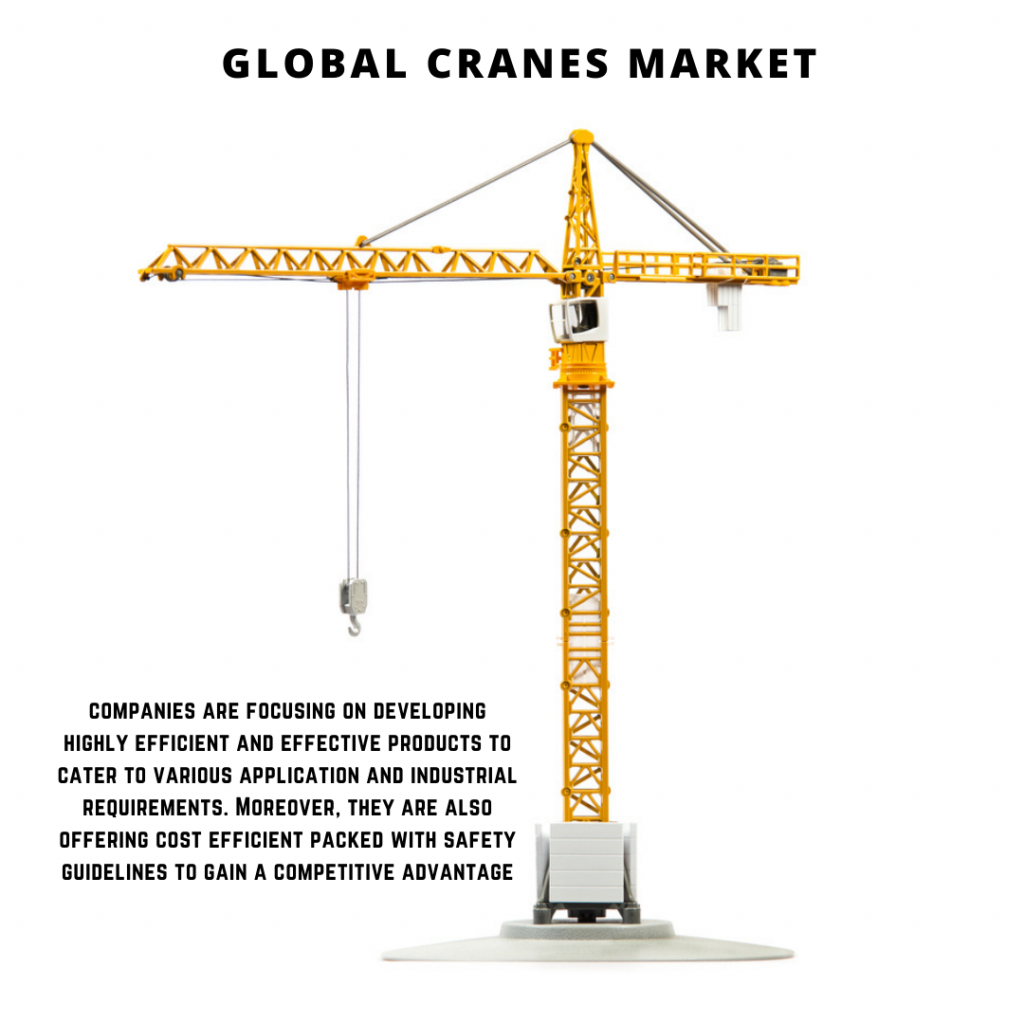 The US government is also expected to increase its spending on infrastructure projects and the construction sector by over trillion dollars in the coming 10 years in order to create more jobs in the country.

The ASEAN countries are also expected to increases their budgets and spending on residential, industrial, infrastructural and construction projects in the coming 5 years.

Factors such as increased urbanization and population, investments, government spending, and consumer spending have set the ASEAN countries to grow significantly in the coming 10 to 15 years, which will trigger the growth of infrastructure and construction projects in the countries.

Some of the leading players of the global cranes market are Manitowoc, Tadano, Kobelco, Cargotec, Kone Cranes, Liebherr, Palfinger and XCMG. These major players have successfully financed demand for reliable cranes from some of the key players in the construction, mining and infrastructure sectors.

These companies are also offering new products and services with safety and connectivity services to offer operational safety measures at the worksites. They are focusing on developing highly efficient and effective products to cater to various application and industrial requirements. Moreover, they are also offering cost efficient packed with safety guidelines to gain a competitive advantage and a major global market share.