International money transfer is a huge and competitive industry. Before 2020, the industry was booming. The amount of cash migrants from low-and middle-income countries sent home to their friends and family reached a record $548 billion in 2019 but is projected to decline 14 percent by 2021 due to worldwide shutdown for COVID pandemic.

Migrants and their families from low income or mid income countries who rely on remittance, they are heavily hit by the pandemic. They also don’t have access to digital platforms. Facilitating digital remittances would require improving access to bank accounts for mobile remittance service providers as well as senders and recipients of remittances.

However, digital transfers are breaking down borders for foreign migrant workers of high/middle income group countries, during the pandemic. Large companies like Western Union, Moneygram, gaining mostly from their digital business in 2020. Also, fintech startups like Transferwire, RIA, giving a strong competition to the traditional ones in term of digital innovations and customer base.

In post Covid world, a structural change in the international money transfer market can be seen. People are expected to be more comfortable and absorbed by the digital platforms. By reducing the number of middle men in process of transferring, digitization brings contactless payments, fast timings and lower fees.

When historical trend of remittance flow is observed, a crisis expectedly reduces the flow of remittance as people loose jobs, then the aftermath the crisis the flows rebound sharply as people overcome. Lastly, remittances once again come to an average level like before the crisis. But also, COVID19 is surely much more severe than any other crisis happened. Still in the long run migration flow is expected to increase significantly as well as remittance. The wide income gap between high- and low-income countries (i.e., 54:1) will drive the growth of remittance market. 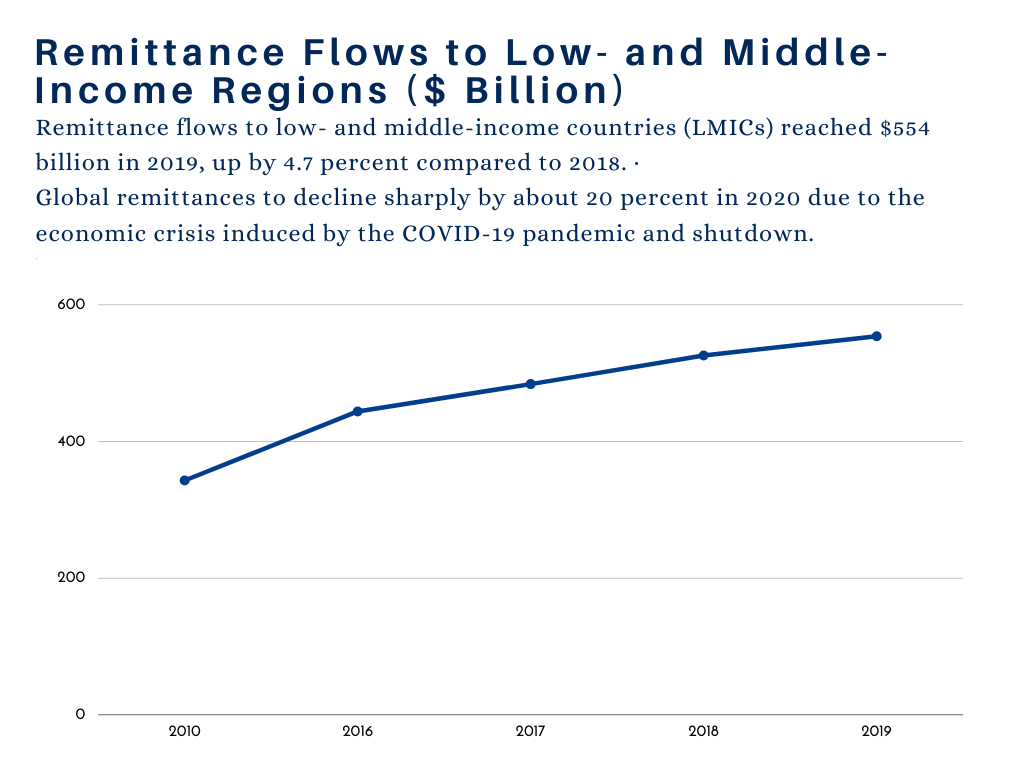 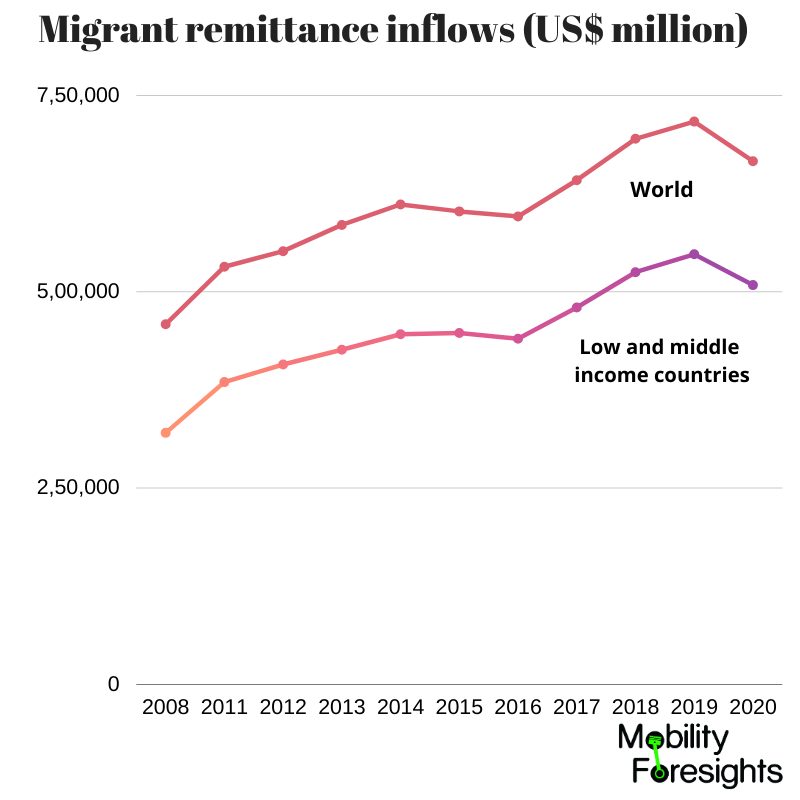