The ever-increasing demand of data in the field and off field is at its peak and expected to grow in coming times. Majority of these data are defense related, which require fast and secure access to this information, emphasizing the requirement of highly rugged, high performance and reliable computing devices which can withstand even in harshest environment. 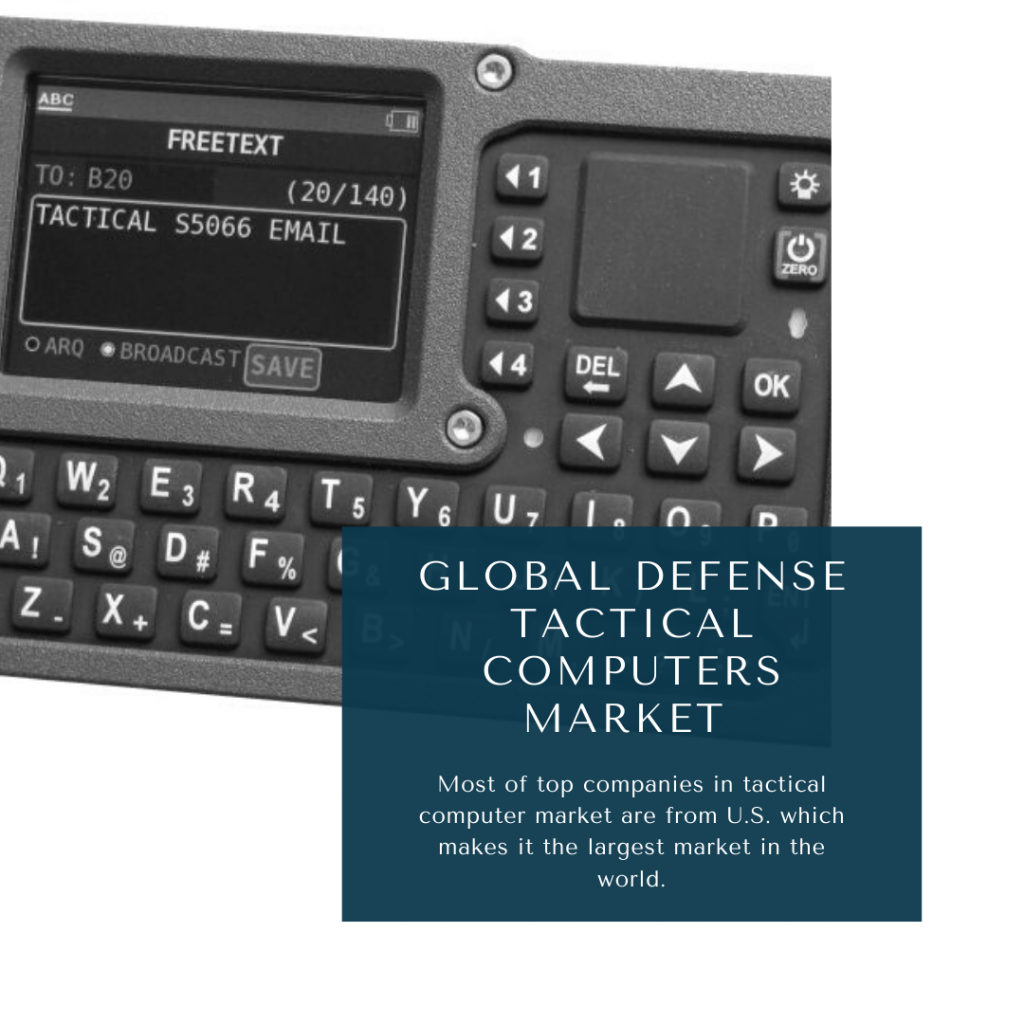 Accentuating paperless or digital storing of information is accelerating the demand of tactical computers throughout the military services i.e. ground, naval, air and space. Tablets and 2-in-1 computers are most demanded device in the military right now.

Internet of Things (IoT) and cloud computing are the new destination for aerospace and defense application and tactical computers are big help in such technologies.

Tactical computers can be classified into to two types

These computers can withstand any harsh environmental condition like extreme heat, cold region, in water conditions, vibrations and shock etc.

Rugged computers can be wearable and portable.

Various types of Intelligence, Surveillance and Reconnaissance (ISR) operations are performed by military which needs real time information sharing with the central command and other forces. these situations have led the demand of tactical computers in all three platforms-

In the last 20 years or so, U.S. Government has been spending billions of dollars to upgrade their old interactive equipment with more advanced tactical computers, which will allow them for real time information sharing between personnel and command centers.

Most of top companies in tactical computer market are from U.S. which makes it the largest market in the world.

India has become the biggest importer of tactical computers after Government’s decision to upgrade the existing systems of information sharing platform.

United Kingdom, Britain, Italy, France and Germany are the top spenders in tactical computers market. Investment has increased in the recent years due to procurement of advanced fighter jets and tactical rotorcrafts to suppress the enemy’s air defense.

European countries are spending more on R&D to get the top-notch products across all military platforms.