Motorola introduced DynaTAC 8000x, the first commercial handheld cell phone in 1983, weighting 800gms with 10 hours of recharge time and cost $3,500-$4,000. In early 1980s it was touted as among the greatest revolution in communication equipment for defence personnel in modern history.

Batteries have always been the major limitation for wearable computing devices including defense tactical radio for individual warfighting personnel. Lightweight, long-lasting, fast, and field-rechargeable batteries have been in heavy demand.

As Battlefield deployments could last up to 3-4 days, short-lived batteries could be fatal to personnel relying on in-uniform communications and other related devices.

Since 2018, many armies across the globe are looking to capitalize on Internet of Things(IOT), highly secure networking along with smartphone like computing to improve their communication.Reduced size, weight, and power (SWaP) requirements have become a reality in nearly every Defense program now. 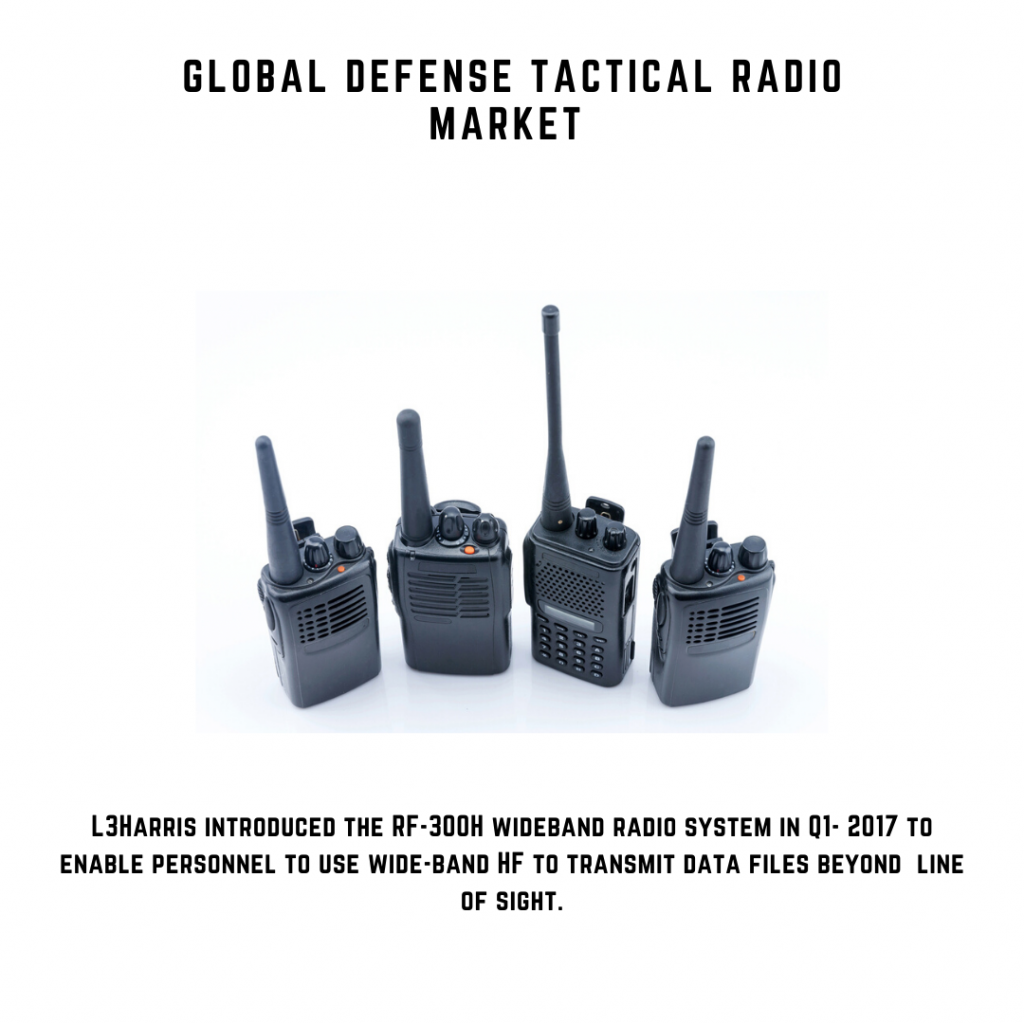 May 2020– U.S. Army awarded a  contract for tactical network man-pack radios from L3Harris and Collins Aerospace worth $203.2 Million. the production will begin in Q1-2021

May 2020– US based Silvus Technologies was awarded a $3.9 million order from the U.S. Army to provide tactical Mobile Ad Hoc (MANET) radios

Sep 2019- Collins Aerospace was awarded a contract to provide AN/ARC-210 secure avionics radios for U.S. and allied Military aviation. It will also provide additional AN/ARC-210 avionics radios and related equipment for U.S. and foreign military aircraft. The order is valued at $310 Million. The new equipment are expected to be delivered by Sep 2022

June 2019- Naval Information Warfare Systems Command  in San Diego awarded a $41.5 Million 5 year contract to L-3.HF radio. L-3 will do the work in Camden and should be finished by June 2024

US Army is expected to spend $9.6 Billion between 2020-2025 to upgrade communication equipment.The investment  will be made for  2-channel Leader radio, the Manpack radio and the Rifleman radio The critical design review for Capability Set`21 has already been conducted.

The defense tactical radio market has about 15 major suppliers who rely on cutting edge R&D for new product development.

L3Harris introduced the RF-300H wideband radio system in Q1- 2017 to enable personnel to use wide-band HF to transmit data files beyond  line of sight.Harris was also among the very first companies to to deploy software-defined radios (SDRs) based on specifications from the now defunct Joint Tactical Radio Systems (JTRS) program.