The electric aircraft market trend was started when the global trend of vehicle electrification picked up pace. The main reason for transition to Electric Vehicles was due to the higher emission rate of conventional engines. 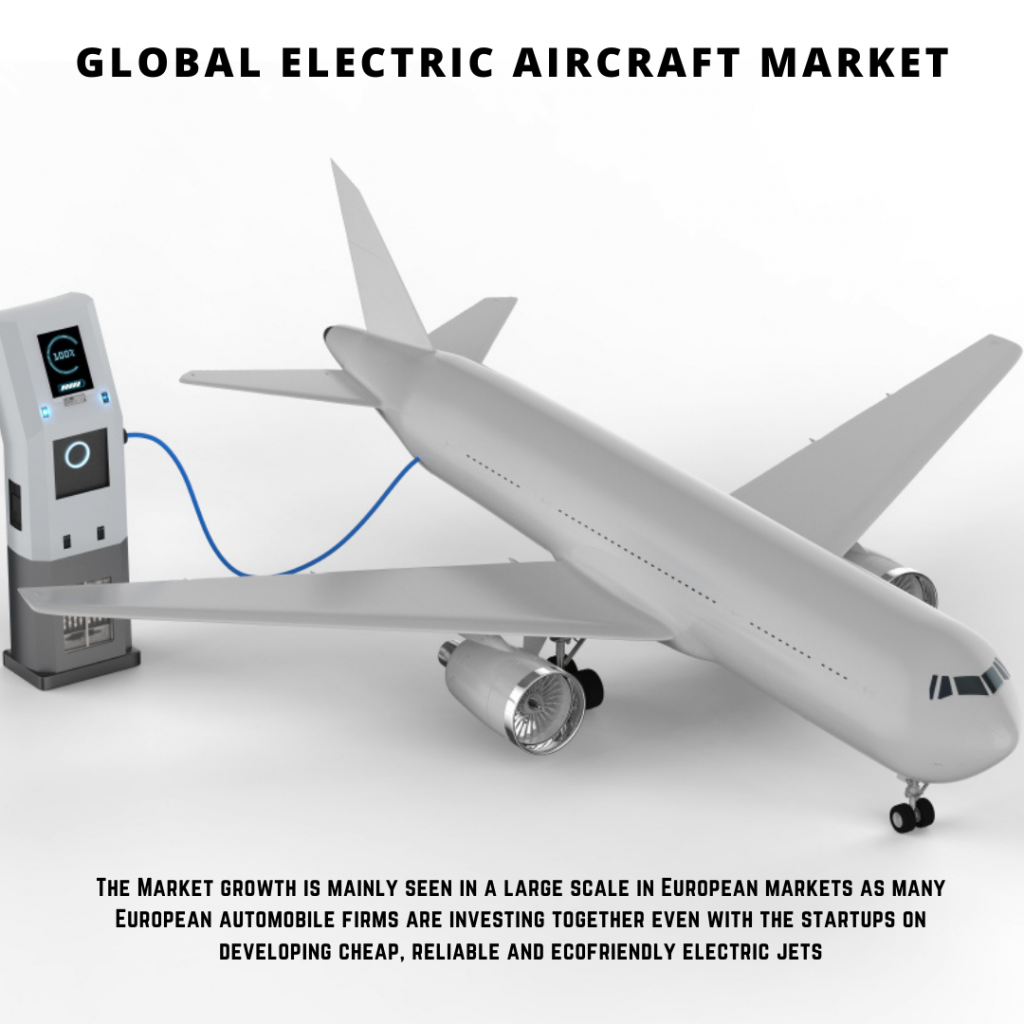 The transition from conventional engines to electric driven mode using batteries and propellers was initially introduced in aircraft designs in order to reduce emissions from aircrafts which are driven by conventional engines and gas turbines, as they cause a lot of pollution in the stratosphere which increases the depletion of ozone layer due to the harmful gases released by the engine.

DESIGN REQUIREMENT AND ROLE OF THE ELECTRIC AIRCRAFT

The desired design selection which is highly required by the market and the public are:

SCOPE OF THE ELECTRIC AIRCRAFT

The Market growth is mainly seen in a large scale in European markets as many European automobile firms are investing together even with the startups on developing cheap, reliable and ecofriendly electric jets.

The secondary large electric jet market is the United States of America. NASA in 2010 started a project of the vertical takeoff of an electric jet as same as the mechanism used in the F35 fighter jets. Then several companies joined the electric jet race combining with NASA.

The global electric aircraft market size is estimated at $XX Million in 2020 growing at –% CAGR till 2025.

They are also investing in research into lightweight alternative materials, wire insulation, conductors, and the improvement of magnetic materials and semi-conductors to make motors and electronics lighter.

The Leaptech program is also widely used in order to check the efficiency and reliability in using multiple propellers in a single frame. Turbo-electric propulsion concepts create more efficient aircraft by combining turbine engines with generators that distribute power to electrically driven propulsors.