Since the development of the aeroplane, the landing impact of an aircraft on its tyres has been an issue. As the tyres slide up to a constant rolling pace, they typically emit smoke as rubber burns off and tyre material wears away. As a means of reducing tyre slide, torque or spin devices might be installed on each assembly of tyres in order to match the landing speed. 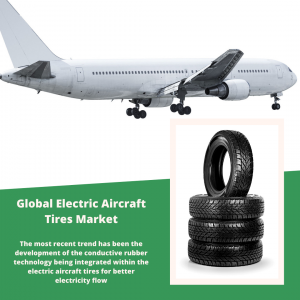 Aircraft wheel rotational devices and techniques are the subject of patents that cover a wide variety of concepts, from the basic to the complicated. Studies show that some pre-rotating devices are mechanically complicated, heavy or unreliable according to published literature The result is that numerous patents focus on passive air flow systems that need changes to the wheels themselves to allow the air stream to rotate the falling wheels before they contact the ground.

The operational requirements of the tires have been under the integration aspects, wherein there will be no wing lift, and the aircraft will land with all of its primary wheels and with a sink rate (vertical speed) that can be absorbed by the shock absorbers and tyres. After the primary wheels touch down, the nose wheel will not. Due to crosswinds and pilot actions, the aircraft may land on the runway with some lift still created by the wing.

Major airline companies’ increasing expenditures in new-generation aircraft is one reason driving the growth of the commercial aviation aircraft tyres market. There is an increase in air travel worldwide, which may be a result of the tourist industry’s expansion as well as an increase in corporate travel and medical tourism, among others. Furthermore, there has been a constant increase in the number of passengers who travelled through air transport.

Major nations in the area like China, India, and Japan have seen a significant rise in their passenger traffic, leading in huge orders for new aircraft from airlines operating in the region. This was mostly due to an increase in tourism in countries such as Thailand and Vietnam. But the unavailability of full-fledged support on the policy end for implementation of the electric aircraft has made a significant backdrop for better tire mobilisation in the electric aircraft. These have led to a possible decreased viability in the Asian market for the tires of Aircraft specific to electric propulsion being manufactured.

The worldwide Electric Aircraft Tire Market will benefit from the development of technologically advanced infrastructure and continuing research initiatives in conjunction with international institutions and notable suppliers for the creation of effective Aircraft tyres. A substantial portion of the world’s population, primarily in emerging nations, does not yet have functional Aircraft Tires in their airlines. Aircraft Charter Services are in high demand because to the growth in international travels, cross-border migrations, and other journeys throughout the world, as well as a growing population in general. However, the high costs associated with the operation and maintenance of facilities in the sector will be a hindrance to the growth of the market with a lower development progression in the electric aircraft production and research.

The Global Electric Aircraft Tires market can be segmented into following categories for further analysis.

Tires are a vital part of the landing mechanism of an aeroplane. Landing an aeroplane on the belly of its fuselage is not possible. It’s more important to land on inflated tyres that can handle not just weight of the plane, but also friction it produces on the runway The number of tyres on an aeroplane can range from four to ten. Airplanes can safely take off and land with the integrity maintenance focused to tyres.

The most recent trend has been the development of the conductive rubber technology being integrated within the electric aircraft tires for better electricity flow. When it comes to conducting rubber, it refers to a rubber-based elastic material that has been particularly engineered to do so. Electricity may easily pass through conductive elastomers.

As the name implies, conductivity is a measure of how well electricity may pass through a substance or item. When it comes to materials, some are superb conductors, while others aren’t so good. Electrical current may easily pass through conductive rubber. Airplanes contain hundreds if not thousands of electrical components, many of which are highly sensitive to electrical discharge. If a stray electrical charge reaches one of these components, the component may fail. The use of conductive rubber tires prevents this from happening.

While on the runway, electric aircraft tyre treads produce friction. As a result, heat is generated. In addition, it erodes the tire’s outer layer of rubber. There are strong and flexible materials used to strengthen aeroplane tyres. An example of such a material is Kevlar, a super-strong plastic. Kevlar is a strong, flexible, heat-resistant, and lightweight fibre. These strips discharge any electric charges that may have built up.

A plane’s design isn’t generally centred around tyres. To get airborne and land safely, landing gear is usually an unwelcome requirement for most aircraft. To reduce take-off and landing distances, future electric aircraft might feature power-driven wheels. This would make them less cumbersome and more useful. Rubber tires are weighty and require internal bracing (plies) to retain their shape.

Bridgestone has been part of the much-required development on technologically advanced tires under the speciality-based requirements kept in position into the market. It has recently introduced the RRR Technology i.e. the Revolutionary Reinforced Radial Tires which provides superior safety and optimum economy, the tires feature a newly developed belt structure, which contains ultrahigh strength cord and provides superior modulus. Bridgestone’s new belt structure can restrain tire growth under inflation and rotation, and offer improvements in resisting external damage, in performing reliability even while sustaining external damage, in minimizing tire weight and extending tire life by restraining wear.

Michelin Tires is imparting its development of various technologies as part of importance in design and treading requirements of the electric aircraft. It has launched the Michelin Air X model which typically weighs 20–30% less than comparable bias tires, and they operate at cooler temperatures. It helps provide measurable fuel savings, more landings per tread, longer wear characteristics and a more stable contact patch than bias tires, as well as shorter turnaround times and reduced carcass fatigue. The Compounded sidewall is optimized for both ozone and ultraviolet light protection which helps reduce ozone cracking in key areas of the tire. It also provides maximum amount of exterior wear and crack resistance for a long tire life.