Within the aviation industry there is a strong and growing interest in the development of Urban Air Mobility (UAM) networks, which are aerial transportation systems in, and around major metropolitan areas Distribution electric propulsion (DEP) is a developing technology that allows for the efficient distribution of numerous tiny propeller units across the airframe, enabling for new vehicle designs to be created. 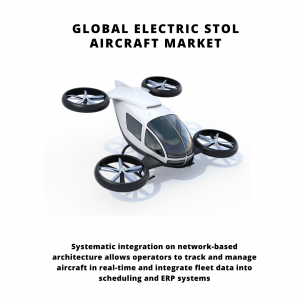 STOL capabilities for fixed-wing aircraft is one application of this technology. For urban passenger transport missions, STOL aircraft may be preferable to vertical take-off and land (VTOL) designs due to decreased certification risk and enhanced performance or reduced weight due to smaller needed motor systems. Short take-off and landing (STOL) might prove a practical alternative to VTOL in the early days of electric aviation.

VTOL aircraft use an enormous amount of energy lifting themselves off the ground, dramatically cutting the range they can squeeze out of a battery system. Electric Short Takeoff and Landing (eSTOL) vehicles are proposed as a path towards implementing an Urban Air Mobility (UAM) network that reduces critical vehicle certification risks and advantages in vehicle performance compared to the widely proposed Electric Vertical Takeoff and Landing (eVTOL) aircraft.

To hover, take off, and land vertically in an electric or hybrid aircraft, STOL is used. Short take-off and landing (STOL) aircraft employ electrical propulsion to take-off, hover, and land within the smallest distance possible. Urban air mobility, freight delivery and Military Surveillance are among its intended uses. In terms of safety, comfort, and noise, the electric short take-off and landing aircraft (STOL) is the next generation of autonomous electric aircraft.

Recent years have seen an increase in interest in the STOL Ultralight (ULM) class and light aircraft in general. In the last five to six years, at least ten businesses in Italy have begun manufacturing ULM aircraft. An active market exists for these aircraft, which are used to encourage flight at all levels and as sports planes, among other things A more powerful engine (100 hp instead of 64 or 80 hp) and improved aerodynamics have allowed ULM aircraft to fly faster in recent years.

There are great advantages in getting the short haul aircraft out of the current airport traffic. Reduction of congestion at the major airports of the Corridor would reduce expensive delays in both long and short aircraft flights. This would permit expansion of long-haul air service. In addition the separation of both vehicle and terminal from long haul operations can allow a short haul air system to serve what has become a mass transport market.

Unintentionally, STOL has the ability to alter the way people travel and access commodities. STO has the potential to influence accessibility, social justice, vehicle ownership and emissions of greenhouse gases (GHGs) in a variety of ways. To make matters more complicated, the effects of STOL on travel behaviour are highly speculative. Time can be saved by using STOL on long flights. If the aircraft is utilised for deadheading (flying without passengers), single passenger use, or group use, STOL might result in more or less congestion and emissions. Customers’ choices for less crowded locations (such as the suburbs) might be influenced by STOL.

The Global Electric STOL Aircraft market can be segmented into following categories for further analysis.

There has been increased technological integrations being noticed within the STOL section of operations due to its envisioned systems of precision being brought into action. The most recent advancement has been the assistance system for pilots. The pilot assistance system provides safe, repeatable landings on very short runways. It reduces pilot workload and increases safety. Systematic integration on network-based architecture allows operators to track and manage aircraft in real-time and integrate fleet data into scheduling and ERP systems.

There has been extensive research-based development being positioned under the green technologies for STOL. It is aimed at achieving a balance between a time-constraint 4D flight (operating an aircraft so that it passes a waypoint at a designated time), which increases airspace throughput, and a less constraint fuel-optimized flight, which reduces environmental load. The development of algorithms for an onboard system which will propose an optimal route to the pilot based on weather information and implementing the developed algorithm in a tablet device called an Electronic Flight Bag (EFB).

Short-take-off-and-landing (STOL) aircraft have been around since the 1930s, most recognizable as the type of fat-tired, propeller-driven planes flown by bush pilots into remote areas. But for a new, electrified generation of STOL aircraft, short-field landing spots might soon include urban rooftops as well as the Alaskan tundra. There has been increased and considerable development alongside competition involved in development of efficient STOLs in the market.

Electra, which has been part of the latest STOL design, has unveiled the Hybrid Electricity based STOL as part of regional aircraft development. On trips of up to 500 miles, the hybrid-electric aircraft can transport a pilot and seven passengers at speeds of up to 200mph. Its electric motor-driven propellers blast air over its full wing span and flaps, allowing for take-off and landing at speeds below 30 miles per hour (48 kilometres per hour). As a result, the aircraft will be able to take off and land in less than 100 feet, allowing it to operate from tiny urban areas, such as roofs and parking lots. The aircraft will feature eight electric motors powered by a combination of batteries and a small, quiet turbo generator that charges its batteries in mid-air. This implies that the aircraft will be independent of special charging infrastructure.

Airflow has been involved in development of STOL design with other major companies also being involved such as the Metro Hop. With efficient acceleration the Metro Hop Design can get into air within 25 Metres of runway operations. The landing gear is also levered such that it can lift the body of the plane up and down, and tilt it rearward to maximize lift and drag in STOL situations. It folds out of the way once you’re airborne to reduce drag, enabling cruise speeds as high as 250 mph (400 km/h) while making efficient use of available energy to deliver a range up to 125 miles (200 km) with current battery technology.