Europe witnessed an annual sale of 15.8 million units of passenger vehicles for the year 2019. The sales volume was in 2019 was found to be the highest for the region for the past 5 years. 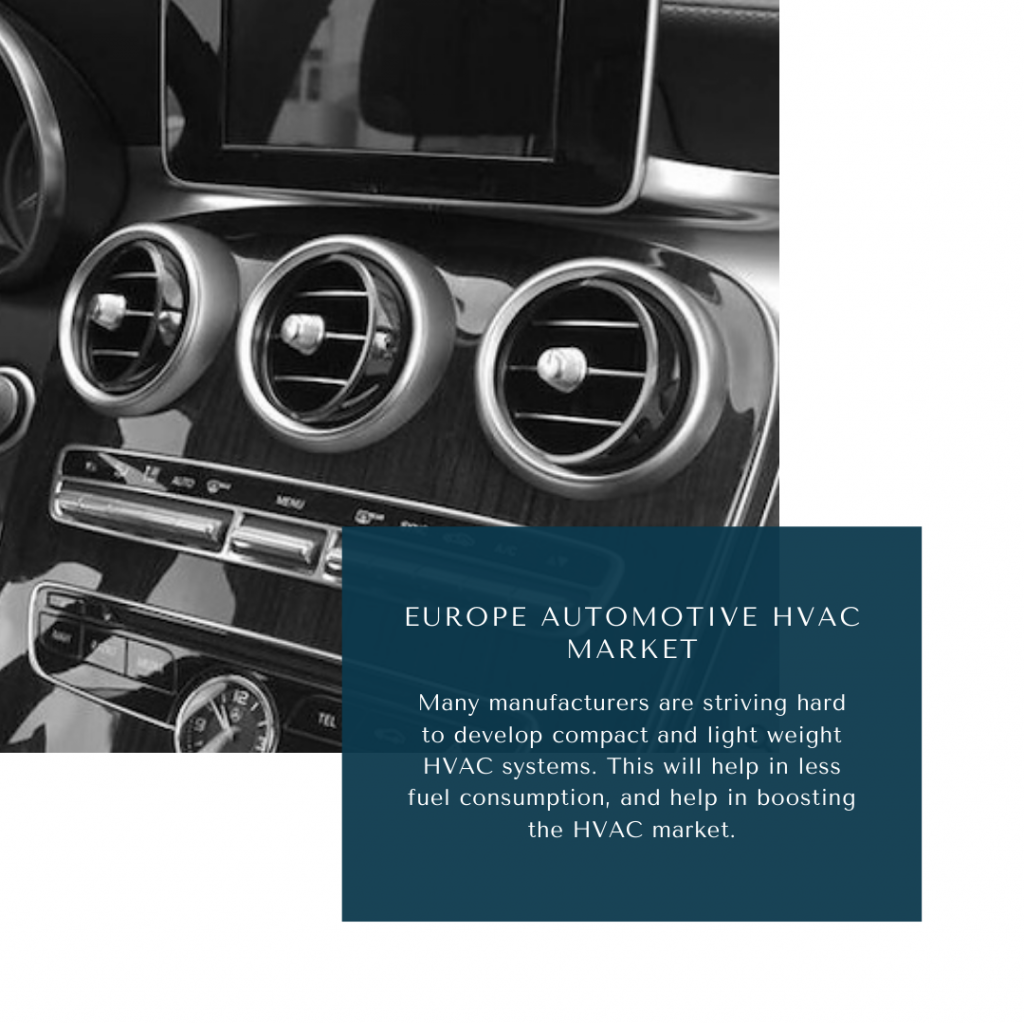 The only region to witness a significant rise in car sales in the year in 2019. The market witnessed a 35% rise in Plug in EV sales in first half of 2020 and is estimated to be the only major EV market to end 2020 with a double-digit growth.

Unlike US and China, Europe’s major chunk of new car sales are acquired by hatchback vehicles which are usually low priced and the average HVAC content per vehicle is lowest for this segment. This contributed for low market value in the region.

Rear AC fitment in the region was comparatively low and was at par with the India’s rear AC penetration.

Installation of air purifier in the cars is growing significantly and the premium cars are equipped mostly with ‘micro active carbon’ filter. The Volkswagen cars are mostly equipped with allergy filters.

MARKET BASED ON TECHNOLOGY

Automatic HVAC System had around ~69% penetration among the passenger vehicles in 2019. If only the top selling premium vehicles are considered the automatic HVAC system was equipped in every top selling model in the region.

OEM wise luxury car makers Audi, BMW and Mercedes had the highest penetration for automatic HVAC system and almost every model of these automakers was equipped with rear AC technology.

HMI (Human Machine Interface) or the HVAC controller design among the top selling cars is mostly knobs and dials. The touchscreen HVAC control technology is present in the premium segment cars.

The rear AC fitment in the region has a considerable scope and in coming years more models are expected to be fitted with rear AC technology.

The shift towards EVs and PHEVs will directly boost the market value in the region, as these vehicles are bound to be equipped with electric HVAC compressor.

Many manufacturers are striving hard to develop compact and light weight HVAC systems. This will help in less fuel consumption, and help in boosting the HVAC market.

Announcement of generous incentives by European countries such as Germany, France, Italy and UK for the customers buying EVs will boost the HVAC market.