Unlike US and China, Europe’s major chunk of new car sales are acquired by hatchback vehicles and this resulted in comparatively less penetration of LED in headlights segment. However, the tail lamp’s LED fitment in the region was one of the highest than most other regions. 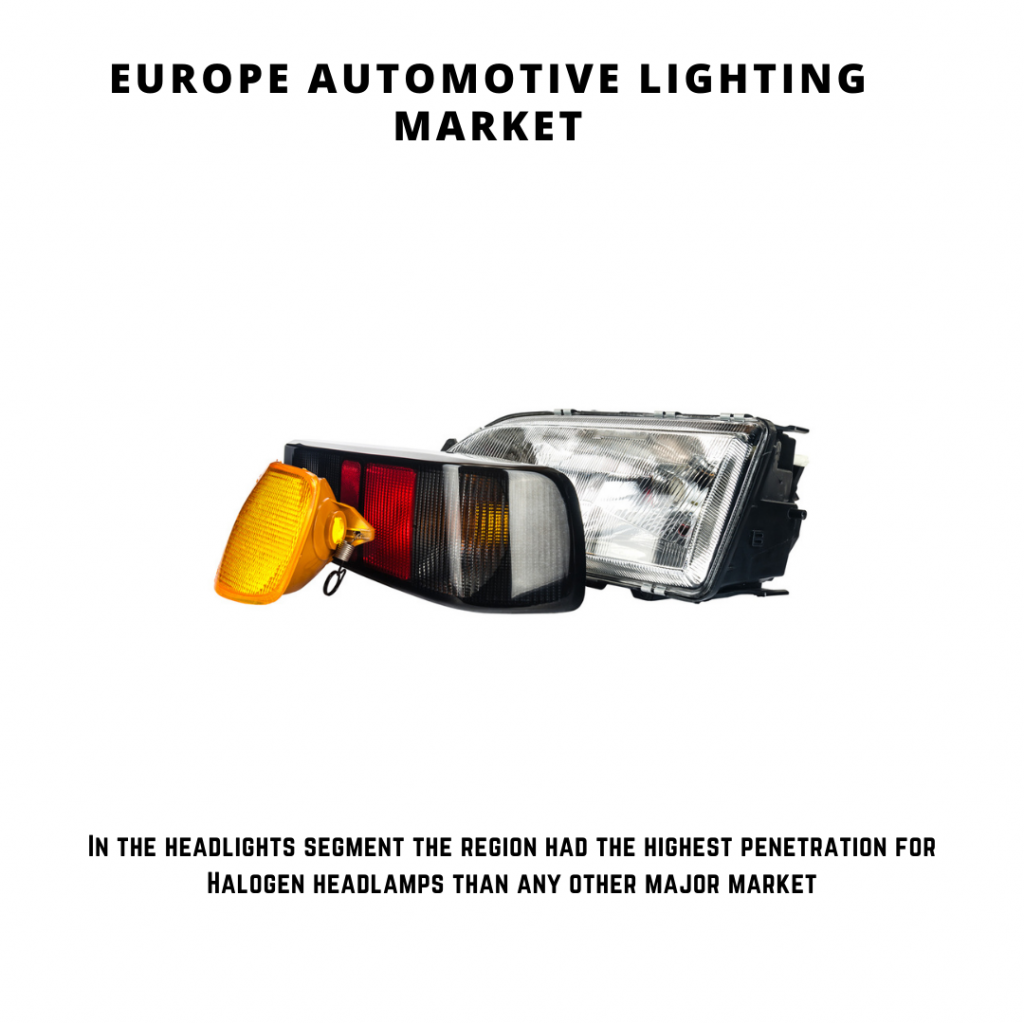 In Europe the top selling models had comparatively higher adoption of adaptive headlights than other markets.

Halogen headlights among the top selling cars were mostly Halogen Reflectors and only about 1/3 of Halogen headlamps were Projector type.

In the EVs segment almost every top selling EVs were equipped with the LED headlights regardless the car segment.

In ultra-premium segment, BMW in 7 of its models is offering Laser headlights and in coming years more OEMs are bound to provide this feature.

In the headlights segment the region had the highest penetration for Halogen headlamps than any other major market. In premium segment few of the Audi models were equipped with HID headlights in few of those variants, which was absent in the top selling cars.

Many models of premium and ultra-premium cars from Mercedes Benz are equipped with OLED tail lamps increasing the market value of rear lighting segment.

Europe had the highest penetration of LED DRLs among the top selling vehicles, than any other region contributing to high LED volume.

Although Europe had higher penetration of front fog lamps in the top sellers, the LED adoption in this segment has been comparatively less.

Europe region one of the lowest penetration in LED in interior and signalling segment.

In the coming years the increased adoption of LEDs in headlamps and miscellaneous (fog lamps, signalling) segment is estimated.

At the end of 2025, the overall LED volume in the country is estimated to be on par with US’s volume. It is estimated it requires at least 4 years to reach the pre COVID volume of LEDs.