The construction industry is very important to the EU economy. The sector provides 18 million direct jobs and contributes to about 9% of the EU’s GDP.

This industry relies heavily on use of equipment and vehicles especially in construction sites and mining sites to cut down labor cost and time for the project. 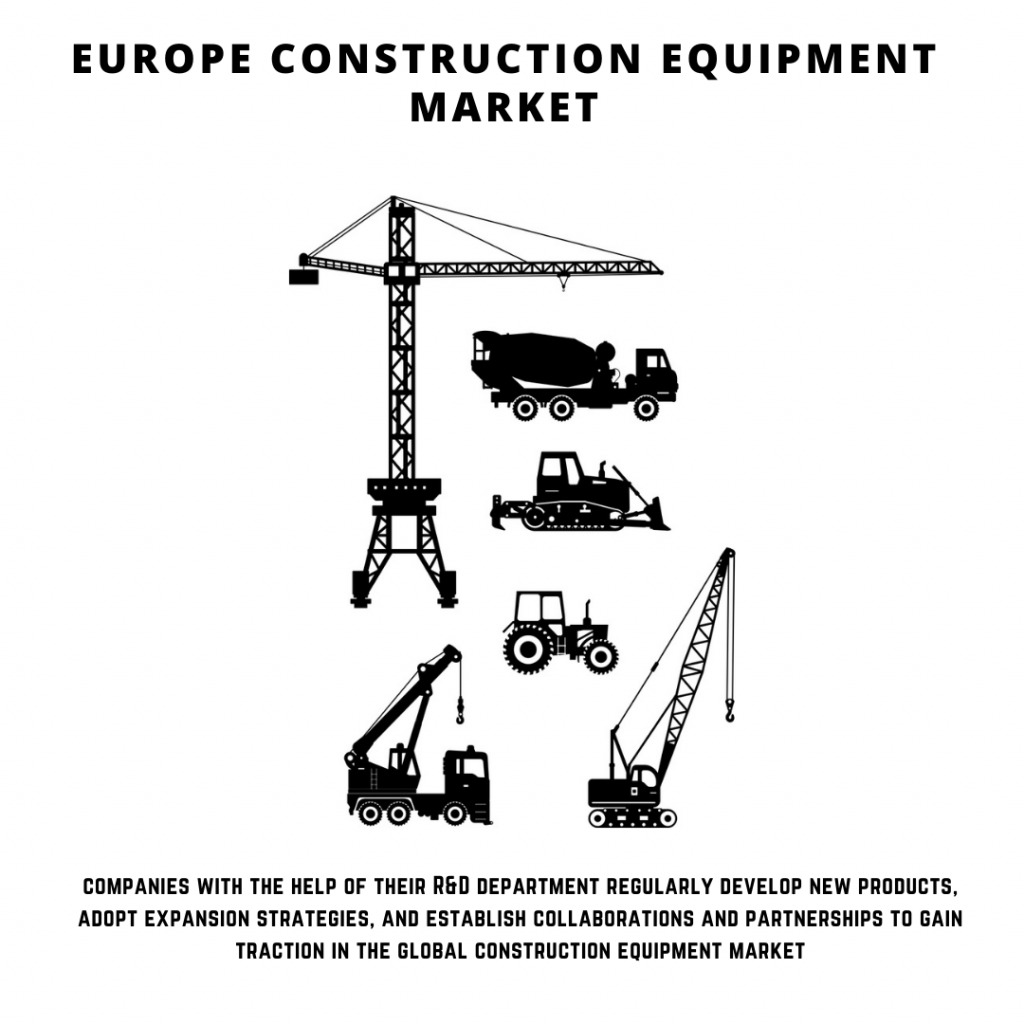 Europe is witnessing a major growth in the industry due to rapid development in transport infrastructure in the region. Projects such as London Cross rail (approx. 17 billion EUR) and Germany and Denmark’s Fehmarn Belt fixed link which is one of its kind world’s longest immersed road and rail tunnel are driving the growth of the market.

In Europe, demand for construction equipment grew in almost every country after the economic recession of 2008-10.

With demand for cost effective and environment friendly machines for lower emissions, the traditional construction equipment manufacturers are now opting for hybrid and electric vehicles and technologies rather than the more traditional mechanical and hydraulic ones as they not only produce zero emission but also produce very less heat, noise and vibration.

Automation and use of AI is driving the latest research and development in this industry.

In 2020, Dutch company BAM infra built the world’s first electric road roller that is capable of saving more than 70 liters of fuel per day and cutting 236 kilograms of carbon dioxide per day.

However, still the major part of industry machinery relies on the use of IC Engines as the main source of their power, but there is no doubt that in near future we will see them get replaced by electric and hybrid machines.

Construction equipment market in Europe is segmented as below-

Tier-5 compliant engines are expected to have the largest market share of construction equipment by emission regulation in 2025.

The Selective Catalytic Reduction (SCR) after treatment device segment is projected to grow at the fastest CAGR during the forecast period due to stricter emission regulation standards in Europe.

The Asia Pacific region is going to be the largest market and Middle-East to be the fastest growing market for construction equipment.

The sizable population in countries such as China, India, Indonesia and Thailand have resulted in increased number of government projects such as sewer systems, airports and renewable energy projects offering a huge market space for the European equipment manufacturers to establish themselves in these economies.

These are high-end and big-size projects that require intense labor force and heavy construction equipment.

In Europe, Germany accounted for the largest construction equipment market share in Europe during 2019 and is expected to be the fastest- growing market during the next five years.

The construction equipment market in Europe is quite fragmented. AB Volvo, Atlas Copco AB and Caterpillar Inc. are some of the top market players due to their better after sales services, which makes them highly preferable among customers.

These companies with the help of their R&D department regularly develop new products, adopt expansion strategies, and establish collaborations and partnerships to gain traction in the global construction equipment market.