With all the major countries in pursuit increasing their military dominance there have been constant advancements in fighter aircraft especially when it comes to fighter jets. 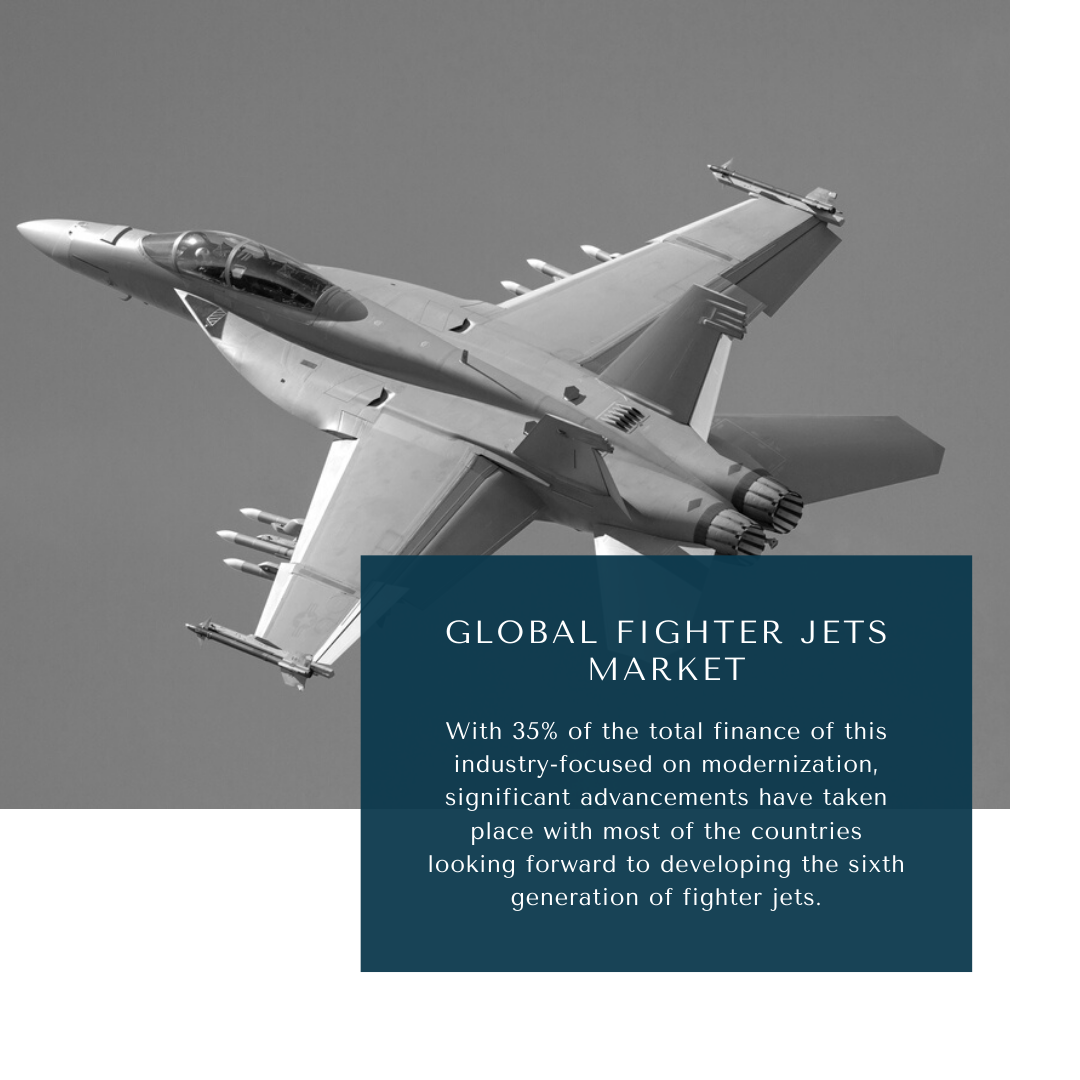 Major nations like Germany France USA looking forward to making huge investments in fighter jet projects as they wish to enter the sixth generation of jet-powered fighter aircraft and there has been a major demand in countries like India turkey and other oil-producing countries. While certain countries are more focused on improving their existing fifth-generation aircraft.

The global market for fighter jets is divided as follows

All the European Union countries are looking forward to increasing their military base with major countries like Germany France Italy up being the leaders.

With the groundbreaking technologies of Russia china japan in with their fifth-generation aircraft. With upcoming technologies in countries like India and Iran and Israel, the market in Asia is expanding like never before.

With the ongoing COVID-19 pandemic there has been a decrease on the production side The ongoing ascent in military clashes the world over is relied upon to take into consideration the arrangement of stricter guidelines to control the creation of military hardware. The world is looking for new cutting edge innovations to assemble better technology; the interesting aircraft is required to increment coupled with the requirement for the fighter jet. Despite the health emergency in the United States, there has been no significant cut when it comes to defense budgets and technologies.

Countries like China, South Korea, India, and Russia have all expanded their safeguard spending. China enlisted a 132% expansion in protection going through, second to UAE at 136%. Germany, Brazil, Australia, and Israel have likewise expanded their military spending altogether; this expansion in uses with rising clashes and force battle is relied upon to drive the market for fighter jets.

Countries like India have recently planned to improve its defense budget specially allocating 17 billion dollars for the purchase of 200 fighter jets.

With Lockheed Martin, airbus BAE, JSC Sukhoi Company being the driver of the market which is at constant completion with each other.

With 35% of the total finance of this industry-focused on modernization, significant advancements have taken place with most of the countries looking forward to developing the sixth generation of fighter jets. some of the key focuses in sixth-generation aircraft include.

The United States air force and US navy have projected to complete the production of its sixth generation of fighter jets by 2030.

With the fifth-generation fighter jet currently in use. Different activities and item developments by organizations are driving them to fortify their essence in the market. The Boeing Company, Airbus Defense and Space, Lockheed Martin, and Dassault Aviation hold significant pieces of the pie. Hindustan aeronautics limited from India has been an upcoming player in their game but recent controversies are holding it back. The models which lead the pack are Sukhoi su35, Eurofighter typhoon f35, f22.Lockheed Martin is the leader of the market when it comes to growth, size production.