Hydrogen or Fuel cell cars provide a practical alternative to zero emission mobility as compared to battery electric vehicles (BEV) as they eliminate range anxiety to a considerable extent. The refuelling times for a hydrogen car is just 3-5 minutes compared to hours for a BEV. 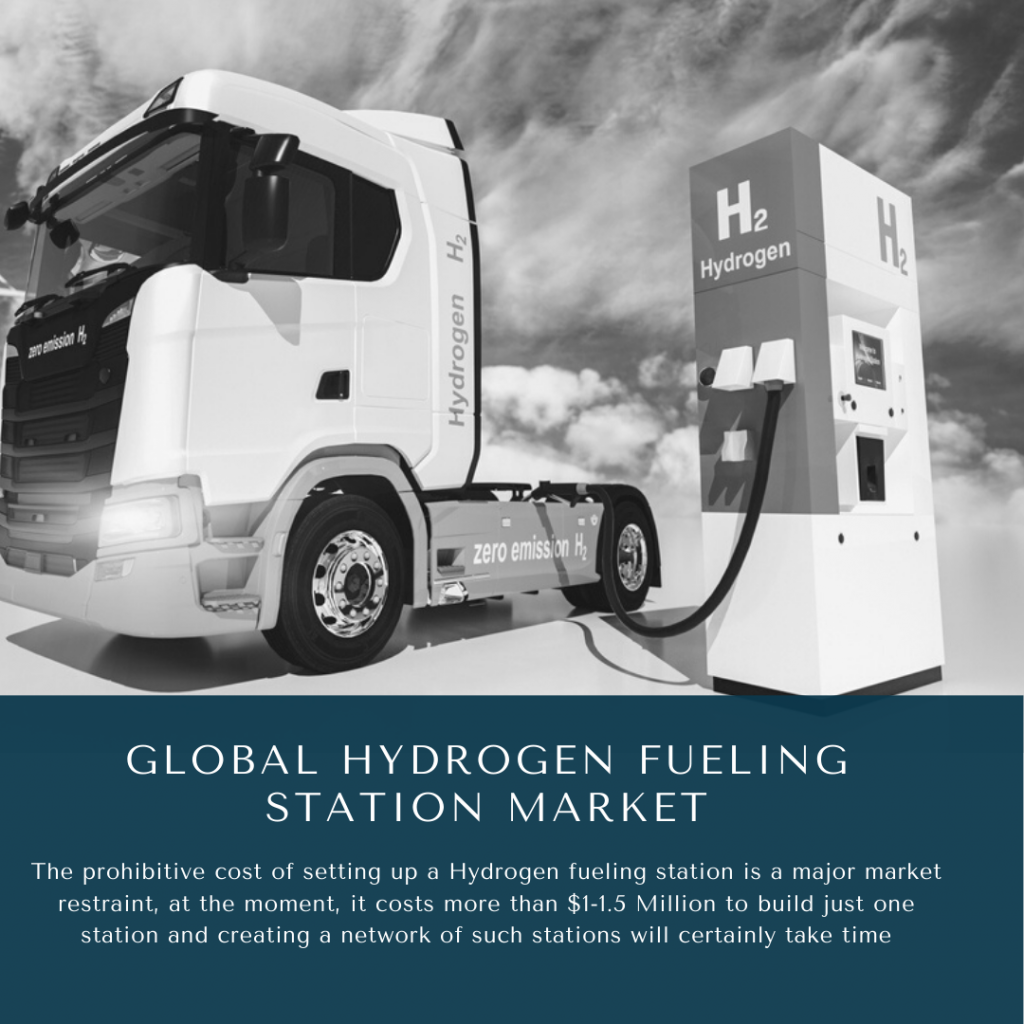 But, the problem is the price and availability of hydrogen.  In California, US where Toyota has invested quite a lot to build H2 infrastructure it costs $14-$15 per kg which is simply 6X more than gas prices per gallon after COVID pandemic. On similar energy output comparison, the H2 price premium works out to be 3X of gas prices.

Hydrogen prices for consumers are highly dependent on number of existing refueling stations daily utilization and sales per day/month.

The prohibitive cost of setting up a Hydrogen fueling station is a major market restraint, at the moment, it costs more than $1-1.5 Million to build just one station and creating a network of such stations will certainly take time.

Cylinders are at the heart of the delivery of hydrogen as a vehicle fuel, comprising ~40% of the overall cost of a hydrogen refuelling station. As demand for H2 fueling station increases further there has been a proportionate increase in demand for Type 1 seamless steel cylinders.

In US, California is the only state in the continental U.S. where a fuel cell car can be purchased and fewer than 9,000 are on the road compared to 730,000 Plug in EVs. California Energy Commission has sanctioned $39.1 Million to help construct 36 new hydrogen fuelling stations across the state.

In U.K., the North West Hydrogen Alliance (NWHA) has asked to expedite a UK Hydrogen Strategy to be developed to co-ordinate development and funding of hydrogen projects across the country, and drive economic recovery post COVID.

In Canada, Province of British Columbia has approved $10 Million funding to construct 10 fuelling stations. It already has three public H2 station with three more under construction.

China`s government has been actively promoting sales of long range EVs since 2015 but post COVID, the market has failed to pick up after sales declined YOY in 2019.

With only 64 hydrogen stations across the country, China is not a leading player in global hydrogen  fueling station development, and has so far lagged behind in policy development. Therefore, China’s government will soon be rolling out a new package of hydrogen fuel cell policies to help provide support to the use of renewable H2 power in the country.

China Petroleum and Chemical Corp (Sinopec) has been pushing for research and development of hydrogen facilities in recent years and produced more than 3 million tons of hydrogen in 2019.

The major players in the hydrogen fuelling station market are primarily fuel and energy companies who are expanding coverage from gas/Diesel to electric charging and now also to hydrogen.

France based Air Liquide has invested a few hundred $Million in the hydrogen economy in US and Europe. Netherlands based Shell was awarded $40.8m, subject to formal approval, by California Energy Commission regulators to expand the hydrogen refuelling network in California.

There are various new use cases for H2 fuel emerging now. For example, Hyundai and GRZ Technology have been cooperating in hydrogen storage technology since last year. Using Hyundai’s fuel cell system, GRZ technology plans to produce a stationary power supply system to be used for building electricity at peak time.

Similarly, in Sep 2020, ABB and Hydrogen Optimized signed a Memorandum of Understanding (MoU) to explore the development of large-scale green hydrogen production systems connected to the electrical grid.