The electrification (fuel cell/battery) theme has catapulted the FCEV development to a new horizon . 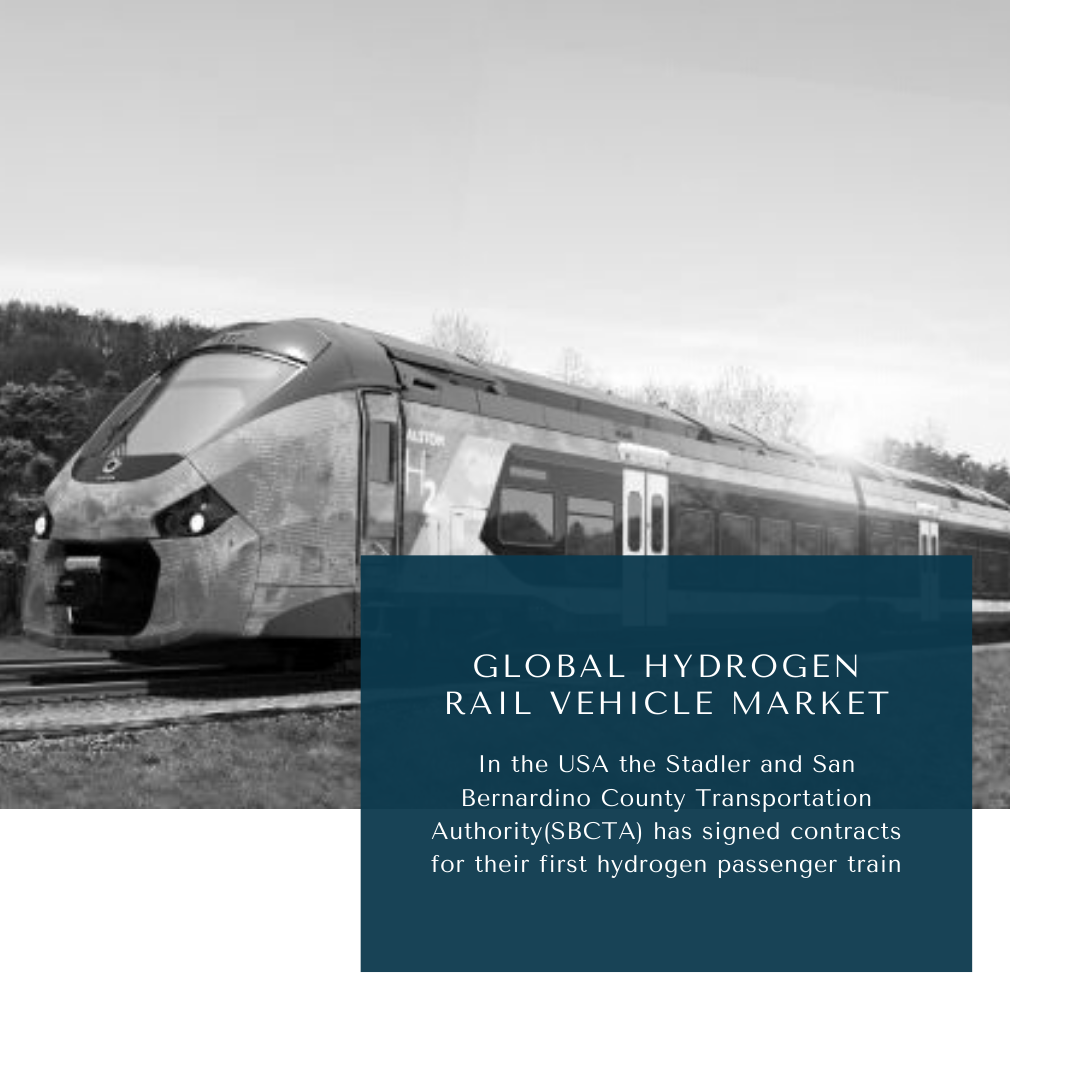 The Hydrail rail Project gained traction after the 2010s, early 2012 to mid-2015 saw the development of Hydrail technologies and testing of the prototype for commercial use from universities and countries such as Denmark, Spain, United Kingdom, Germany, China, South Africa, and UAE.

Recently, the hydrogen council, a global coalition body for fuel cell and hydrogen technologies have a surge in new members which already boasts of an impressive 53 leading energy and transportation giants altogether bringing a revenue around $21 Trillion across 11 different countries.

In 2016, the first commercial hydrail completed its test run and Alstom commercialized its hydrail passenger rail services in northern Germany in 2018. The Project was commercially successful which led the government to procure additional 60 trains for the next five years and they are planning to enter the American Rail market by 2021.

Hyundai Rotem, its hydrogen fuel cell division, has procured a sub-license contract for hydrogen technology and expect the production of their first LRVs in 2021. Toyota is expected to start trials for hydrail project by 2021 and commercially viable technology by 2024.

United Kingdom has developed HydroFlex, hydrogen-based fuel cell trains, and its first iteration is expected to release in UK mainline network in spring 2020, and more are likely to follow soon. Recently two industry giants in Product development and fuel cell technology, Siemens and Ballard approved collaboration for a hydrail project.

In the US, Stadler and San Bernardino County Transportation Authority(SBCTA) has signed contracts for their first hydrogen passenger train in 2019. The Indian railways are working on Hydrogen -powered suburban train and expected to deploy it soon for its long overhaul routes.

The global metro system transit has grown at double digits in past 5 years and North America and Europe accounted for a 10% increase annually.

Many Progressive countries, states, and governments in India, America, Europe, Japan, China, and South Korea have started enacting legislative the roadmap which resonates with zero-emission mobility goals, and by extension, it would enact bans and extended taxes to fossil fuel mobility solutions. This move would further propel the deployment of Hydrogen based fuel solution.

Recent studies of Hyundai Rotem predict the global Hydrogen market around $500 million and expect to increase in the future. The North American market preliminary study estimates that hydrail benefits would go up to $24bn annually if it is adopted for freight and passenger services.

Germany has recently adopted the National hydrogen strategy and has allocated $10.4bn for making the country leading technologists in hydrogen solutions.

The global Hydrogen rail vehicle market is estimated at $XX Million in 2020, growing at –% CAGR till 2025

Alstom’s Cordial iLint is dominating the Global hydrogen rail vehicle market with commercial success and can run over 1,000kms on a full tank. Alstom managed to get orders from Austria,Germany and Netherlands.

Alstom has established a new joint venture with Snam of Italy, which would add the European market to Alstom hydrogen train maps. Breeze Project, a joint venture between Evershot rail and Alstom, invested $1.2 Million is expected to deploy soon in UK.

However the others are catching up, the Swiss Stadler has successfully delivered the first HMUs to USA and developed a Hydrail for the Austria Narrow-gauge Zillertalbahn.