Hypersonic missiles are designed to achieve a speed faster than Mach 5 (nearly 4000 miles per hour). They are considered to be deadly amalgamation of both ballistics as well as cruise missile. Missiles flying at high Mach number are not particularly new, but the novelty of hypersonic missile is manoeuvrable. 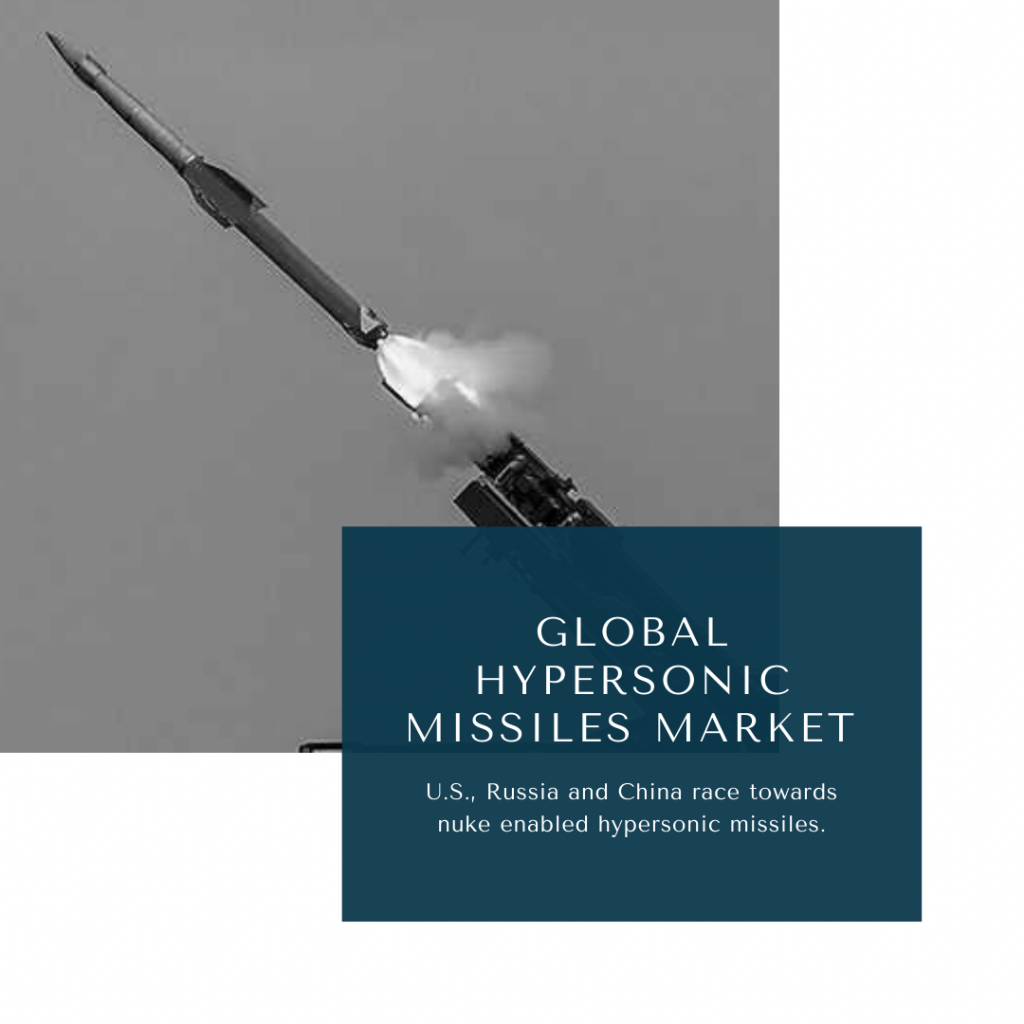 Hypersonic missiles are under development in many countries like Australia, India, Japan and France, but the race is led by Russia, US and China. On strategic level, it’s a comparatively cost-effective means to strike the target with high probability of success.

These missiles are unmanned self-propelled guided vehicle. They fly within the earth’s atmosphere. Many countries are working to develop hypersonic missiles.

The functionality of hypersonic missiles depends largely on its guidance system.

It is similar to radio command system. Commands are sent through thin wires dispensed from the missile after launch.

This system gives involves tracking of both missiles and target via radar, laser impulses or along thin wires or optical fibres.

This navigation system is primarily used by cruise missile. It uses radar altimeter to measure the profile of the ground and checks the result against pre-recorded contour map.

The system constantly measures the start angles and compare the results with the pre-programmed angles expected on the missiles’ intended trajectory.

This system is installed within the missile and pre-programmed with the position, time, velocity and orientation of a missile prior to launch. It uses gyroscope with three accelerometer which measures the acceleration and then integrates it twice to measure velocity and its position. It is less accurate but inexpensive means of attaining fairly accurate fix location.

It is mainly used in Surface to air missiles. This guidance system relies on the ship or external ground radar system that transmits the radar or laser beam to track the target and then sends guiding beam to adjust its angle as the target moves.

This system guides the missile to target the position by projecting the laser beam on it. Laser beam reflects off the target and gets scattered in all directions, called laser painting. Missiles are dropped off near target, laser seeker provides direction to the laser scatters to the guidance system.

Current advancement in guidance system are directed towards use of GPS to guide missiles to their targets. They have high navigational and surveying abilities, and most preferred by militaries across the world.

During 2011, US launched successfully an Advanced Hypersonic Weapon that successfully struck a target located at 3700 km away.

Since 2014, China has been making a Hypersonic Glide Vehicle (HGV) and Hypersonic Cruise Missiles (HCM). China’s DF-ZF is a hypersonic glide vehicle, which has undergone various development test between 2014-2016 and scheduled to be operational by 2020.The Chinese military has also been a ballistic missile power combined with HGV named DF-17.

As a part of joint venture with India, Russia has also been working on Brahmos, a hypersonic cruise missile.

United Kingdom has expressed their interests to acquire hypersonic missile by 2025.