Concrete is a basic building material that will continue to be in demand far into the future. A world without concrete, and its dominant precursor, Ordinary Portland Cement (OPC), is hard to imagine. Although there are different types of concrete that have been developed for use in different applications, their common virtues are familiarity, versatility, strength, durability, wide availability, fire resistance, resistance to the elements and comparatively low cost.

It is a global commodity, manufactured at thousands of plants. The industry is consolidating globally, but large international firms account for only 30% of the worldwide market. Cement accounts for 83% of total energy use in the production of non-metallic minerals and 94% of CO2 emissions. Energy represents 20% to 40% of the total cost of cement production.

The production of cement clinker from limestone and chalk by heating limestone to temperatures above 950°C is the main energy consuming process. Portland cement, the most widely used cement type, contains 95% cement clinker. Large amounts of electricity are used grinding the raw materials and finished cement.

As a result, cement manufacturing is the third largest cause of man-made CO2 emissions due to the production of lime, the key ingredient in cement. Therefore, energy savings during cement production could lead to lower environmental impact. 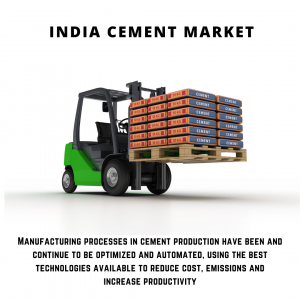 The largest opportunities for improving energy efficiency and reducing CO2 emissions can be achieved by improving the cement manufacturing process.

In the cement pyro processing process , it is important to keep in mind that waste materials combust and burn at different temperatures under different conditions. Therefore, solid waste fuels need to be introduced into the kiln in such a manner that they do not significantly change the temperature profile and chemical reactions in the overall pyro processing.

Dry, semi-dry, semi-wet and wet processes are the four main process routes that are used for the production of cement. Dry processes are considerably more energy efficient, but the choice of technology mainly depends on the state of raw materials.

Thanks to the availability of dry materials a great share of production in the developed world is today converted to dry processes. Dry processes are also the choice for new plants or for those looking for expansions or upgrades.

The cement industry faces a number of challenges that include depleting fossil fuel reserves, scarcity of raw materials, perpetually increasing demand for cements and concrete, growing environmental concerns linked to climate change and an ailing world economy. Despite the incremental improvements in process efficiency that have been adopted by the cement industry in recent years, OPC production is still responsible for around 6% of all man-made global carbon emissions.

Post pandemic induced lockdown (June 2020 onwards) the cement industry experienced a boom on account of the overall growth of the Indian economy primarily because of increased industrial activity, flourishing real estate business, growing construction activity, and expanding investment in the infrastructure sector. Traditionally, cement has been a heavily taxed sector with both the central and the state governments levying the taxes which amount to around 30 per cent of the selling price of cement or around 70 per cent of the ex-factory price.

To help the companies of the private sector to flourish and recover, the government has announced investment and other sustainable schemes. For instance, the government has established a council consisting of 25 major companies such as Ultratech Cement, Dalmia Bharat cement to reduce waste in the production of cement, achieve maximum production, enhance the quality and reduce costs.

As per the Union Budget, the government of India has approved an outlay worth INR 118101 Crore for the Ministry of Road Transport and Highways, which is likely to boost the demand for cement. The National Infrastructure pipeline has also expanded the projects from 6,835 to 7,400, which will boost cement production.

Although figures vary from country to country, around half of the world’s OPC is used to make around 11 billion metric tonnes of concrete annually; the rest is used in mortars, screeds, stucco, coatings, soil stabilization and other applications. Today, the OPC market is dominated by China, which is attributed to 57.3% of global consumption.

The cement industry, like the rest of the construction industry, is facing unprecedented challenges relating to energy resources, CO2 emissions and the use of alternative materials. Worldwide, the cost of energy is rising inexorably as fuel sources deplete. This has clear, traceable impacts on the cost of producing cement and its market price; Green taxes are an additional cost that is incurred if emissions are not restricted, potentially leading to a doubling in the price of cement by 2030.

Carbon-reducing cement, if they could be developed for a commercial-scale application, probably offer the safest, most economical, and elegant Carbon Capture and Storage (CCS) technology. The production of cement varies greatly from nation to nation with the availability of materials. Where production does not satisfy demand a country can import to meet its needs.

By 2050 the emissions will have increased by almost 5 times the value in 1990. This is not a good path to be on when the world is becoming more green-aware. The sustainability initiatives will thus not only help pave the way for a ‘greener’ cement industry but will also be beneficial in reducing greenhouse gas taxes and ensuring the continuation of the industry in an economic climate of ever-increasing costs.

The Indian Market of Cement can be segmented into following categories for further analysis.

The COVID-19 pandemic has negatively affected the market for almost all industries due to the lockdown and halt in manufacturing activities. The cement market has also been negatively affected due to low demand as construction works were put on hold due to the pandemic protocol and restrictions made by the governments. The nationwide lockdown has taken an unprecedented plunge in the market due to a halt in the ongoing real estate and infrastructure projects.

Cement is the primary raw material used in construction activities which were affected when construction stopped as daily wage workers migrated to their villages and homes due to the pandemic. Many developers expecting high sales in the new infrastructure projects saw a decline in demand and investments as the savings of people were used up during the lockdown. These businesses then shifted to new projects to start development after the recovery of the market to keep their business afloat. The postponement in new projects and halt in the ongoing ones created a lower cement demand and consumption causing the market to fall.

However, with several governmental infrastructure projects coming up and investments provided by the government, the industry is expected to recover. Real estate developers have also started construction activities which are also set to boost the market demand for cement and help in the recovery. Further development and demand for newer sustainable technologies for cement production are also estimated to enhance the growth of the market.

The Indian cement industry has undergone vital changes through technological upgradation and assimilation of latest technology in the pursuit of cost efficiency and the drive for consolidation. Modernizations at the plants and the improvement of plant processes have also helped to reduce manpower requirements.

Manufacturing processes in cement production have been and continue to be optimized and automated, using the best technologies available to reduce cost, emissions and increase productivity. This has led to incremental reductions in GreenHouse Gas (GHG) emissions and has also reduced the industry’s employment levels.

Novel cements involve development of cement manufacturing processes that use different raw materials. The shared aim of novel cement developers is cement that emits less CO2 and requires less energy to produce without reducing or compromising the efficiency of the cement.

Wastes can also alter the cement composition. For example, when tyres are co-incinerating the zinc oxide content of clinkers increases significantly. The burning of alternative fuels thus introduces different components into the kiln via ash. These can affect the performance characteristics of the cement, such as lower early strength and longer setting times.

At the same time, R&D efforts are directed towards developing and adopting methods for designing buildings and concrete structures for specified service life, use of C&D wastes in construction and replacement of natural sand by bottom ash.

Ultratech cement has recently started focusing upon Supplementary cementitious materials (SCMs) that can be used either as fillers or for their pozzolanic properties. The main industrial SCMs are blast furnace slag, fly ash, and, to a lesser scale, silica fume.

In December 2020, UltraTech Cement which is a subsidiary of Aditya Birla Group announced investments worth $743 million in order to expand the manufacturing capacity to 12.8 million tonnes per year which will be achieved through a combination of greenfield and brownfield expansion.

The investment will also include expansion of the 6.7 million tonnes per year capacity unit which is in development in Uttar Pradesh, Bihar, Odisha, West Bengal as well as in Rajasthan. Ultratech cement also released the financial reports for the first quarter of the fiscal year 2022 with net sales worth $1.5 billion which was a significant rise from the first quarter of the fiscal year 2021 which reported net sales worth $1.03 billion. Company in March 2021, acquired 3B Binani Glassfibre Sarl Luxembourg which is a subsidiary of Binani Industries.

The company Jaypee cement released the results for the quarter ending 30th June 2021, with a total income worth INR 106250 Lakhs which were significantly increased from the results of the same quarter recorded in the year 2020 INR 72513 Lakhs.

In February 2021, IBM announced a collaboration with Shree Cement to operate their databases and core business applications making use of AIX and Red Hat on the IBM POWER9-based IBM power systems. The new technology will allow the company to enhance productivity as well as improve the efficiency of the supply chain operations across the manufacturing units.

Ambuja cement recently reported the financial results for the quarter ending 30th June 2021, with net profits worth INR 1161.16 crore which was a near two-fold increase in the net profits as compared to the results of the same quarter in the year 2020. The sales volume of the company increased by 51.07% to 6.33 million tonnes as compared to the 4.19 million tonnes produced in the same quarter last year. In June 2021, the company with ACC announced investment for the industry 4.0 under the ‘Plants of Tomorrow’ programme which is aimed to boost the manufacturing of cement enhancing optimisation and a safer environment.

This was aimed to bring down the direct usage of resources and have a better implementation of waste production reuse within the industrial segment. This gave rise to new cement compositions with much higher strengths and requirements.

Ambuja Cements has also been involved in provisioning special cement technologies for the purpose of high strength railway sleepers under the product brand of Ambuja Railcam which is a high Blaine Portland cement. Alongside this, it has also innovatively brought upon the low carbon footprint based on high strength cement of Compchem which has the lowest carbon footprint within the country.