In India, 238,000+ registered electric vehicles were sold. They were mainly based on low speed two wheelers and electric three wheelers. There were estimated 59,000 unregistered three wheeler units sold. 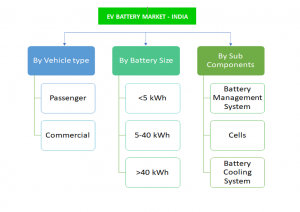 Besides the pandemic,there were some other factors that led to a decline in sales of electric vehicles in India. Only a handful of banks like SBI and Axis Bank can offer loans on electric vehicles, that too on selected models. With more banks providing finance options on EVs, the sales of EVs in India is sure to grow.The early implementation of state-level policy in Delhi,Maharashtra, Andhra Pradesh,etc. could assist in creating a larger ecosystem in the country that would help the industry to grow at a much faster pace. Another reason for slow transition to EVs from internal combustion engine based vehicles is the sufficient charging infrastructure in India. With many corporations stepping up to develop electric charging infrastructure around 1,300 charging stations have been established in India. It is expected that by 2026,India should have a robust charging infrastructure in place.

FAME 2 incentivises Rs 150 per KwH for electric vehicles using Li ion batteries across the country. In 2021, the Production Linked Incentive (PLI) scheme for manufacturing advanced chemistry cell (ACC) batteries at Rs 18,100 crore was initiated. This is done to attract foreign investments to develop battery manufacturing in the country to 50 GWh yearly.

The investment of Rs 18,100 crore aims to gather an overall of Rs 45,000 crore of investments to develop battery manufacturing in the country, mainly Li ion for electric vehicles and consumer goods. The amount will increase with higher specific energy density and cycles and improved local value addition as an incentive to improve battery technology. Each selected ACC battery storage manufacturer will have to commit to set-up an ACC manufacturing facility of at least 5 GWh capacity and ensure a minimum 60% domestic value addition at the project level within 5 years.

Currently more than 60% of the electric vehicles sold utilise Lead Acid battery. The main reason is that it is much cheaper than a Li ion battery. The batteries utilised have lower power density and don’t have the option of fast charging but is not of concern at the moment to the user due to the higher initial investment.

The government of India has set a target of achieving 30% EV sales by 2030 across all modes.The automotive segment is expected to grow faster in the market during the forecast period, owing to the increasing demand for electric vehicles and favorable government policies related to an EV. In July 2019, The Government of India announced income tax exemptions for prospective EV buyers and reduced goods and services tax (GST) on EVs from 12% to 5%

In December 2020, Tata Chemicals started work on its lithium-ion cell manufacturing project. The company, along with other manufacturers, was waiting for the government to come out with the PLI scheme since it was in the works for some time now. In February 2021, Ather Energy started the operation of its new two-wheeled electric vehicle and Li-ion battery manufacturing facility located at Hosur increased the demand for Li-ion batteries during the forecast period.Hence, the above factors, such as government support for EV adoption, domestic lithium-ion battery manufacturing, and the acquisition of lithium reserves, are expected to bolster the growth of EV battery market in India.

Charging stations have been allocated for states across the country with Rs. 10,000 Crore for a period of 3 years commencing from 1st April 2019 under the FAME scheme.

In 2020, Hero electric, Okinawa, Ampere and Ather held the market for EV two wheeler sales. For Passenger cars, Tata, Mahindra, and MG were the largest players.

The COVID-19 pandemic has impacted the Indian EV battery market due to the disruption in the supply chain, as the country is largely dependent upon imports of raw materials such as lithium and cobalt. The rising cases of coronavirus infections led to localised lockdowns due to which the suppliers were forced to halt their production, even the logistics operations were severely restricted. The decline in lithium-ion battery prices along with the emergence of electric vehicle and energy storage systems (ESS), for both commercial and residential applications are expected to be the major drivers for the lithium-ion battery market in India.

Besides the pandemic,Asia-Pacific region is expected to dominate the EV battery market, owing to the increasing demand from countries such as India ,China, Japan and others.The lithium-ion battery is going to dominate the market over the timeframe,due to its high energy density,fast recharging and high discharge power,owing to which is the only available technology that is capable of meeting OEM requirements for vehicle driving range and charging time. Additionally,the decreasing cost of lithium-ion batteries has increased the demand for EVs in India since the battery cost occupies a large share of the total EV cost.

The rising concerns towards the negative impact of fuel-based vehicles on the environment are primarily augmenting the demand for electric batteries. A significant growth in the automotive industry has led to the development of various customizable options of EV batteries to be installed in trucks,buses,excavators,etc. Apart from this , the introduction of several government initiatives for promoting the adoption of electric vehicles to curb air pollution,numerous subsidies and financial aids across India has increased the demand for EV batteries.

The EV 30-30 Scenario targets to increase the market share for electric vehicles to 30% by 2030 and the supportive government policies to promote electric vehicles sales, is expected to increase the demand of the EV batteries over the timeframe.The declining costs of high capacity lithium-ion batteries along with the growing domestic production of EV batteries rather than depending upon the exports will continue to drive the growth of EV battery market in India.

Amara Raja Group announced that they were going to participate in the government’s Production Linked Incentive (PLI) scheme for Advanced Chemistry Cell (ACC) batteries. They planned to set up a gigafactory for manufacturing ACC batteries at an estimated outlay of INR 18,100 crore – August 2021

The development of a new Sodium-ion battery by CATL is expected to relieve pressure on lithium supplies, which are forecast to see shortages as early as 2022. They planned to build a supply chain by 2023 to produce sodium-ion batteries, which have lower energy density than lithium-ion models, but are fast charging and more resilient in cold temperatures – August 2021

Reliance New Energy Solar Ltd (RNESL), along with strategic investors Paulson Co.Inc, and Bill Gates will invest $144 million in Ambri Inc,an energy storage company based in the US. RNESL has announced to build a GigaFactory in Jamnagar for the storage of intermittent energy, as a part of the Dhirubhai Ambani Green Energy Giga Complex project – August 2021

in a big boost to the e-mobility momentum in India, the Ministry of Road Transport and Highways has issued an order to exempt Battery Operated Vehicles (BOVs) from payment of fees for issue or renewal of registration certificate and assignment of new registration mark – August 2021

HOP Electric had launched an integrated network of charging-cum-swapping to bolster the EV ecosystem in the domestic market.This facility is fully automated and capable of churning out over 150 fully charged batteries daily equipped with NFC (Near-Field Communication) and a 15-inch HMI touch screen for easy self-use and operations – July 2021

Tata Chemicals reported a multi-fold jump in consolidated net profit at Rs 342.33 crore for the first quarter of FY21, helped by a rebound in soda ash volumes in India and US.The company’s consolidated net profit stood at Rs74.15 crore during the corresponding quarter of 2020-21. Revenue from operations grew by 27% to Rs 2,977 crore from Rs 2,348 crore in FY20. Income from operations during the Q1 for the Basic Chemistry Products segment grew 30% to Rs 2,173 crore, while that from Speciality Products increased by 18% to Rs 797 crore.

Exide Industries posted a consolidated net profit of Rs 32 crore in the first quarter of FY21 as compared with a net loss of Rs 14 crore in the April-June period of FY20.Revenue from operations stood at Rs 3,543 crore during Q1 FY21 as against Rs 2,526 crore in Q1 FY20. As a result, the market share of the company has increased by 2.44% from the previous year.

For Lead acid batteries in the Indian market, Amaron and Exide are the market leaders holding more than 70% of the market share combined. The technological maturity as well as the development of connections with OEMs, well developed supply chain and manufacturing establishments across the country

For Li ion batteries, the OEMs rely on Chinese manufacturers for battery cells as well as packs as a whole. Tata Autocomp signs a JV with Guoxuan Hi-Tech, to make battery packs for EVs in Pune, India. Toshiba, Denso, and Suzuki have set up a joint venture to develop Li ion batteries. Exide is collaborating with Leclanche SA for Li ion battery production. The joint venture will be called Nexcharge.

Epsilon Advanced Materials has set up a manufacturing plant for components of  Li ion batteries with an investment of $807 Million. Ipower batteries based out of Haryana, currently supplies battery packs to 100 OEMs. Gravita India is a firm mainly recycling lead acid batteries who are now focusing on recycling Li ion batteries.

Amperex Technological is planning to set up a manufacturing unit in Haryana for Lithium Ion battery manufacturing. Tata chemicals is investing in battery components, Li ion cells as well as recycling of batteries in Gujarat with an initial investment of Rs 800 Cr.Li energy, Amara Raja, and Manikaran Power are other firms who have stepped into Li ion battery production in India