Technology has been a great enabler in the growth of a digital economy. Over the years, Indian banks and financial services providers have gradually adopted technology to improve reach, customer service and operational effectiveness with evolving market and technological advances.

The amalgamation of finance and technology which is known as “Fintech” is driving a financial inclusion revolution in the country to bring a change in the quality of life of underbanked or unbanked communities that accounts for around 80 % of the Indian population. 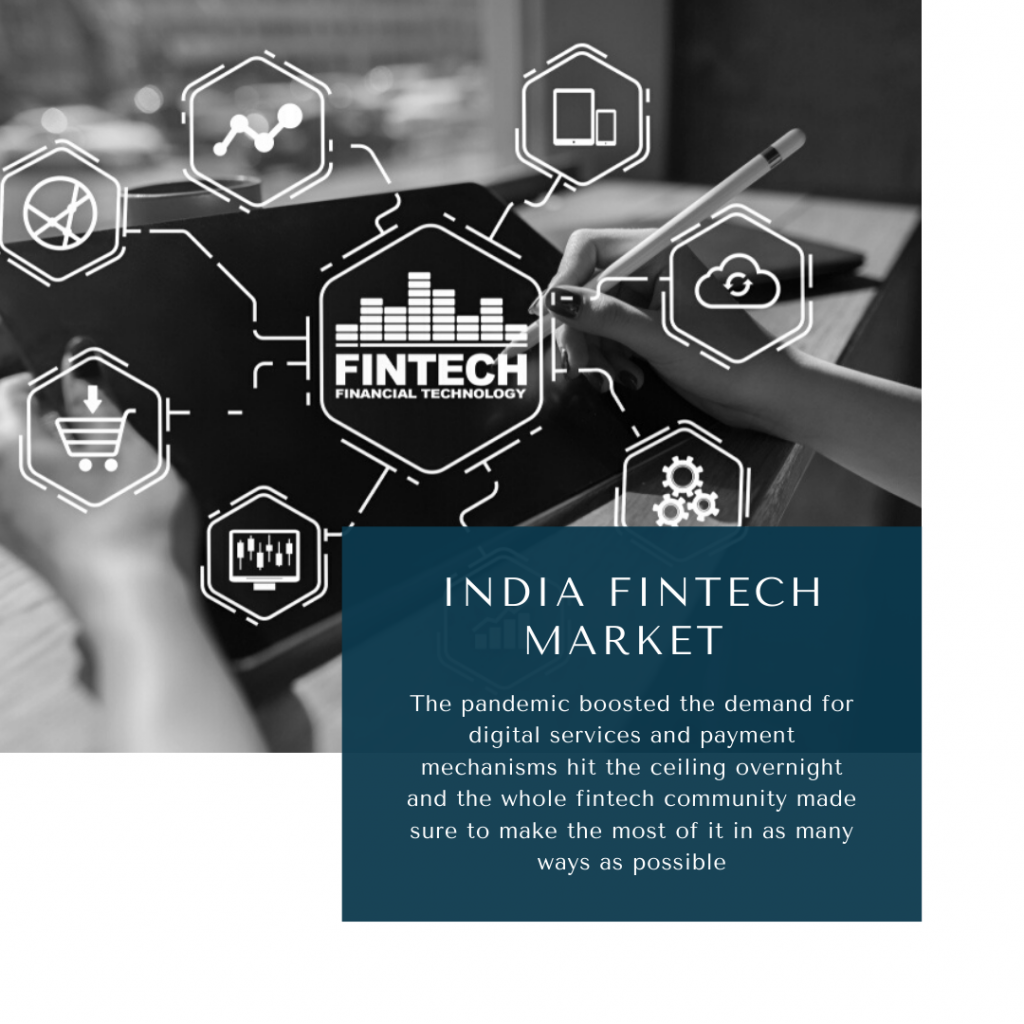 Indian FinTech is one of top three markets by value of capital funding and investments in the sector (behind USA and UK) with nearly USD 3.1 Billion of funding in 2019 registering a growth rate of approximately 100 % from USD 1.8 Billion in 2018 and have a global adoption rate of 87% which is higher than the global average of 64 %.

Payments have been at the forefront of India’s digital revolution, with digital payment transaction volumes (worth USD 3.5 trillion) touching approximately 24.13 billion in 2018.

The demonetisation drive launched in November 2016 and lucrative returns on mobile wallets and UPI transactions (which led to their widespread adoption) have been key to driving exponential growth in digital transactions. In addition, the rise of digital commerce, innovation in payments technology using AI, blockchain, the Internet of Things (IoT) and real-time payments; and the introduction of mobile point of sale (POS) devices have led to a reduction in the cost of acceptance infrastructure and also contributed to growth.

Government-led Initiatives: The Indian payments landscape has been revolutionized by the regulators and the central bank’s proactive initiatives, e.g., India Stack and UPI. India has emerged as one of the most exciting markets for digital payments across the world. Last year, home-grown payment networks (Ru Pay and UPI) took the lion’s share of the total digital transactions, i.e., 65%, showcasing how their efforts have been in the right direction for achieving targets.

The Indian Government recently launched the NCMC, also labelled as ‘one nation, one card’. This interoperable, contactless transport card enables consumers to make multiple payments, including transit to toll and retail shopping, and also allows for money withdrawal. With the Government’s emphasis on smart city projects, the transit sector is set to witness rapid growth. These cards would then play a key role in driving the adoption of digital payments in this sector.

They want the payments to happen instantly, invisibly and conveniently for consumers. Behind this evolution is the constant endeavour to make the purchase process fast and frictionless, and thus reduce shopping cart abandonment. Examples of this trend are Visa Checkout ,American Express eze Click, LoopPay, Apple Pay or Apple Watch, etc.

IOT brings consequences and opportunities for consumer payments and

new commerce.  By 2025 there are likely to be around 30 billion connected devices. The “things” that can be interconnected range from thermostats to automobiles to refrigerators to lightbulbs. For instance, cars can talk to each other, and the refrigerator can by itself place groceries orders.

Cryptocurrency and blockchain technology would act as a game changer in the field of money transfer ,consumer payments  and e-commerce in India  after Supreme court revoked the ban on use of cryptocurrency that was imposed by RBI.

Tokenisation is the process of replacing sensitive information like card/account details with a random value that is provided by the bank in the form of a token. During the transaction, it is the value on the token that is exchanged and not the user data. This ensures that merchants cannot store customer data, thus reducing the chances of fraud. With the RBI releasing a circular permitting its use in select use cases, tokenisation is set to play a crucial role in securing payments in the country.

EVOLUTION OF FINTECH IN INDIA

The Indian Government began to liberalise the Indian Banking Industry with the introduction of technologically savvy banks. Various payment technology was pushed such as MICR, electronic

funds transfer to boost the banking sector but most of them were government driven and lacked financial innovation.

FinTech’s began to dominate the US and UK landscape, they started penetrating in the Indian banking Industry by offering various consumer centric services. FinoPay Tech and EKO India were the two major start-ups that built their model around the banking correspondent model (BC Model) which was used to increase penetration in rural areas at lower cost using basic technology with the help of agents.

This period witnessed the emergence of  major fintech start-ups such as Oxigen,Paytm, Free charge, Mobikwik in the field of mobile wallets-bill payment and mobile recharge services

From 2010, there have been multiple fintech start-ups that have mushroomed in different segments such as lending (100+),personal finance management (40+) and investment management (90+) start-ups.

Demonetisation introduced in November 2016  is considered as the biggest boost to Fintech in India and Introduction of India stack (Aadhaar / eKYC / UPI / eSign etc) simplified as well as disrupted Payment, Lending, Insurance and Wealth business. While wallets collapsed due to UPI, Lending FinTech’s/InsurTech prospered. Wealth business went through challenges due to Direct plans of Mutual Funds.

India stack continues to positively impact FinTech’s with newer services. NeoBanks have emerged as a segment of choice for investors. Neo-Entrants are introducing “Fintech as a service line” in their current business models by either developing it organically or buying out fintech’s. Lending start-ups are going through the evolution phase. Complex areas like Trade Finance and B2B start-ups are getting support in the new wave.

India has ~2,200 fintech start-ups. Bengaluru and Mumbai lead the momentum in FinTech, and together, these cities represent 42% of the start-up headquarters. Apart from the top five FinTech destinations, which include Mumbai, Bangalore, New Delhi, Gurugram, and Hyderabad, the rest of India accounts for 738 FinTech start-ups.

Between January and July 2020, fintech investments reached $1.47 billion which is approximately a 60% jump when compared to 2019. The last 4-5 years have been golden for the fintech business and India is definitely on a path of thriving success in the following years.

The next five years hold immense potential for both Fin Techs and incumbents to revolutionise the Financial services landscape and uplift India’s economy by driving the consumption story. However, success in this digital economy would be dictated by an organisation’s capacity to innovate, along with its ability to manage partnerships across both Financial Services and non-Financial services players to provide financial solutions at the point of consumption and increase its adoption.

Increasing geopolitical tensions between USA and China and the pandemic can act as cornerstone that can help the Indian Fintech ecosystem to grow at an exponential rate as the country stands as in a direct benefit in attracting companies to migrate and grow in an ecosystem that is robust, dynamic and immune to economic and political setbacks.