Vans an MPVs accounted for almost 39% of the total car sales in the country in 2019. The Rear AC technology penetration is comparatively low in the country. Honda cars had among the least penetration for rear ac technology. In Japan, the vertical cockpit AC vents are more popular. 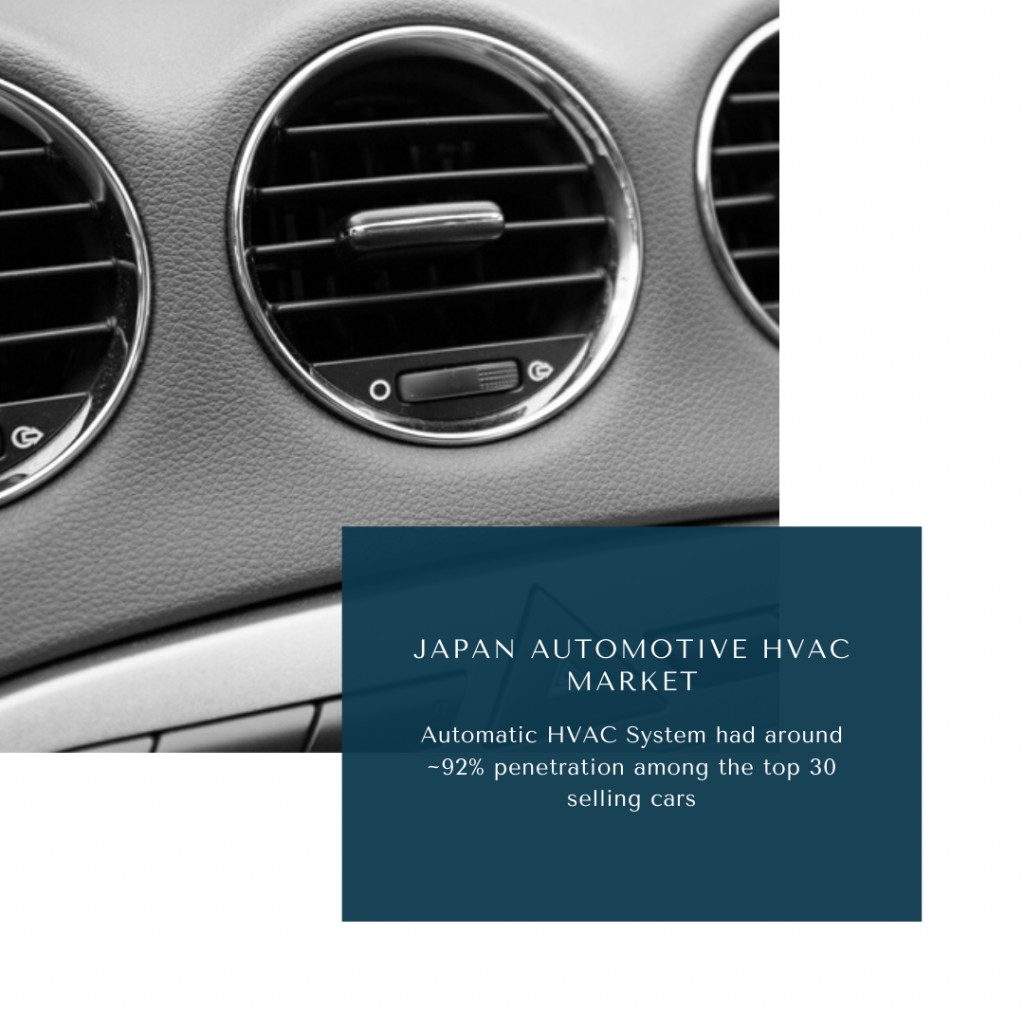 Owing to high share of automatic ac and high price of electric compressors the average HVAC content for vehicle is 2nd highest for any region.

Installation of air purifier in the cars is growing significantly. 24 of the top 30 selling cars in Japan were equipped with the air purifiers in 2019. Toyota vehicles are mostly equipped with the ‘clear air & pollen removal’ filters in its every top selling model. The Honda cars were fitted with ‘Plasma cluster technology’ filters. Few of the Honda cars were also fitted with ‘high performance deodorizing’ filter. Subaru cars were mostly installed with ‘anti-allergy’ filter.

Automatic HVAC System had around ~92% penetration among the top 30 selling cars in 2019. Top selling premium cars had almost all of its models equipped with automatic HVAC system.

Manual HVAC system was only seen in the top selling budget models of Toyota cars. Nissan is the only other OEM with comparatively higher penetration of manual HVAC system.

13 of the Toyota models were equipped with electric compressor, highest for an OEM in Japan.

The high percentage of vans is expected to boost the rear ac technology penetration in the country, in upcoming years.

Opel has announced the return to Japanese market in 2021. Opel Corsa’s electrified variants are expected to be the first models to be launched.