MPVs accounted for almost 39% of the total car sales in the country in 2019. The country saw the highest penetration for LED headlights and tail lamps than any other region in the world. 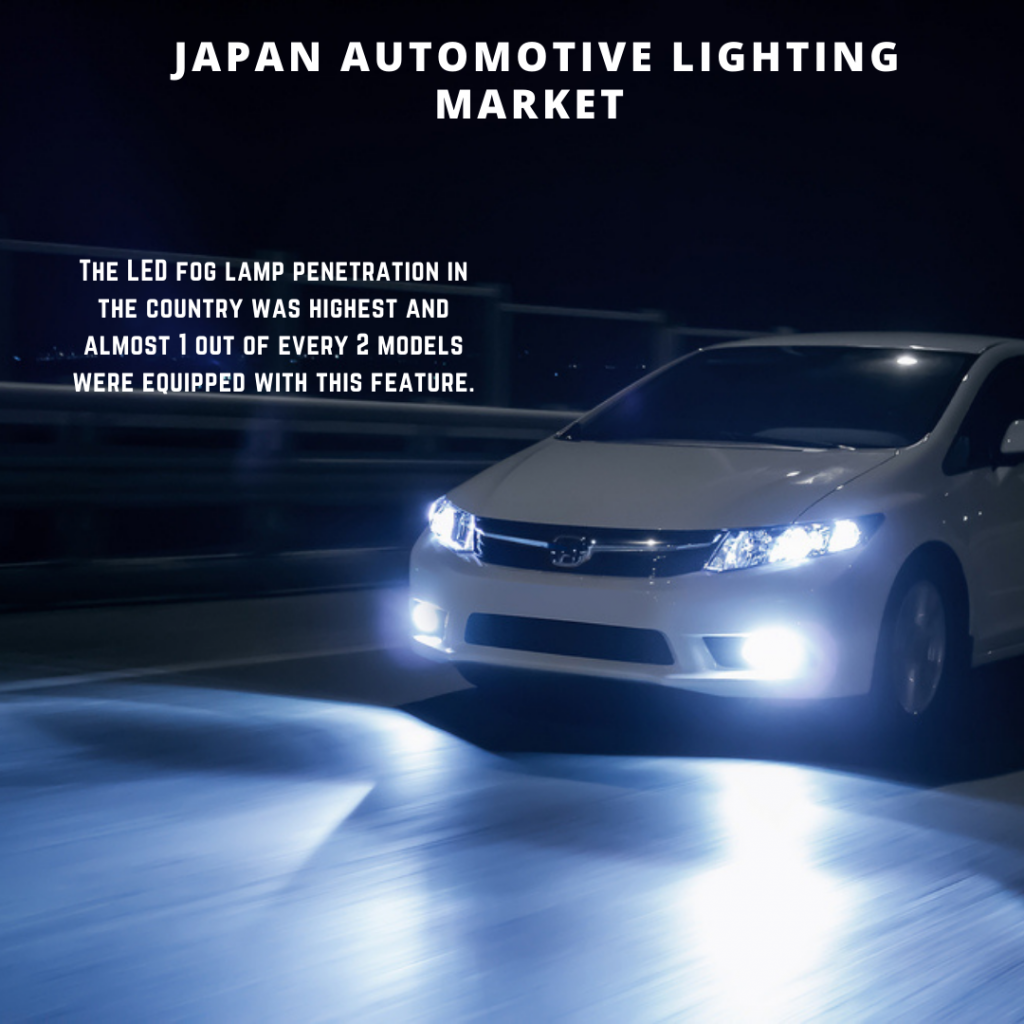 In the headlights segment, the halogen lighting had the lowest penetration compared to other regions. Full LED headlights were available in almost every top 10 selling models in most of their variants.

The halogen tail lamps were almost absent and the penetration is negligible among the top selling models in 2019.

The halogen headlamps in the top selling cars were mostly Halogen reflector and Toyota Vitz was the only vehicle among top sellers to be equipped with halogen projector headlamp.

The HID/ Xenon headlights volume was almost negligible in the country. These headlamps were not equipped in any of the top selling models in 2019.

The LED fog lamp penetration in the country was highest and almost 1 out of every 2 models were equipped with this feature.

The DRLs adoption in the country was compared to other major markets was less and the scope for increased adoption in coming years is expected.

Japan had the lowest penetration of LEDs in interior lighting as it was limited to premium segment cars. In the coming years, the increased adoption is estimated in the top selling vehicles as well.

The LED penetration in rear lighting is almost saturated and growth in the market value in this segment will be comparatively low in coming years.

The adoption LED DRLs, Laser headlights is expected to boost the market value in the frontal lighting segment.

The rapid adoption latest technologies like Matrix headlights and incorporating cameras and sensors in frontal lighting will propel the market value of the country.