The e-bike is a hybrid human-electric vehicle. Essentially, these bikes are for those who want an alternative to driving a car, to get some exercise, to move quickly without exerting too much effort, and to get you where you need to go. The e-bike is designed to help the rider in moving over hills as well as flat terrain, rather than to entirely replace the rider. 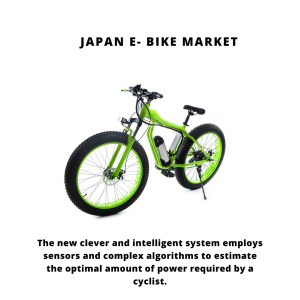 The earlier version of e-bikes or technically low-quality e-bikes operated mostly on less effective lead acid batteries, which has less sturdiness to give full power to the motor, besides they are heavy and bulky, but in newer models there have been mostly selected NiMH, NiCad, and Lithium-ion batteries, because they are light, powerful, and dense in their capacity, giving possibility to drive long and fast, giving maximum durability in terms of power and performance.

E-bikes are quickly becoming the greatest mode of transportation in metropolitan areas. E Bicycles are nimbler and quicker than vehicles because they are more manoeuvrable and can readily avoid barriers that would slow cars down significantly. Because bicycles are so portable, they are also easy to park. They can nearly always be parked anyplace.

The advantage of e-bikes has become more prominent in recent times. The big companies’ involvement helped to make it even better. They have tried to include many sophisticated technologies in the design of this e-bike. Brushless motors replaced the brushed ones to make it durable, efficient, and noise-free.

Japan’s urban transportation systems might be made considerably more energy efficient with the “state-of-the-art” E-PAB and E-Bike. This would reduce greenhouse gas emissions and reduce air pollution. Renewable energy sources will be used to power the next generation of these vehicles, which will be the most energy-efficient form of motorised transport yet created.

Electric bicycles can be used for a number of reasons, including as police or law enforcement vehicles in places where parking and traffic are an issue, as a guide bicycle during cycling races, as a park ranger vehicle, or for leisurely rides and commuting. Electric bicycles are presently most widely used in Japan for short excursions to grocery stores or relaxing rides.

The Japan E Bike Market can be segmented into following categories for further analysis.

By Class of Integrity

The most recent electric bikes have been integrated with an accumulator battery with a capacity of 245-watt hours or more that is considered to be one of the best-in-class experiences provisioned by the manufacturers. Hud and Mid drive motors are one of the newest entries into the drive systems market. It attains a 100rpm, power delivery is up to 50% higher than the requirements in the current market.

The new clever and intelligent system employs sensors and complex algorithms to estimate the optimal amount of power required by a cyclist. As a consequence, riding is incredibly smooth, natural, and pleasurable. This technique also maximizes efficiency by avoiding wasting energy. It also promotes rider efficiency since it provides appropriate pedalling assistance. In a nutshell, Smart Assist allows you to think less and ride longer distances.

E Bikes are a part of the newest emerging technology in the complete global market of EV operations wherein the electrification has propagated towards better levels of compliance to emission regulations and alongside the possible Electrification adaptability on a global scale.

Yamaha Electric Bicycles has been involved in setting up new technologies within the Electric bicycles at varied levels of requirements. The Yamaha PW X2 has been one of the most recent smart progressive electric bikes in the Japanese market. It has a Yamaha motor that propels ahead with enthusiasm in Extra Power mode, the strongest option, with its 80 Nm torque and 360 percent support.

The maximum torque is decreased to 70 Nm in the lower levels, although all of this is supplied at very low cadences. It has an Automatic Support mode which helps in automated mode for selection as per the terrain of operations. RideControl One remote with LEDs to display assistance mode and battery level has also been one of the most technological advancements required in recent years.

Trek Corporation has been involved in the Japan Market for better integration of the Electric Bikes. It has recently launched the FX Sport 4. It is based on a lightweight compounding-based carbon fibre-based composition with 1 by 11 drive range. It uses an IsoSpeed Decoupler with proper high performance biking experience. It has been integrated with a Shimano GRX 1×11 drivetrain with a wide-range cassette, Shimano hydraulic disc brakes for all-weather stopping power, a lightweight tubeless ready wheelset and ergonomic grips.