The military has been embracing Information Technology in mass, and with it comes the threat of data being stolen or being spied. This can be avoided by cybersecurity, which is designed to protect network, devices and data from unauthorized access or any kind of attack. 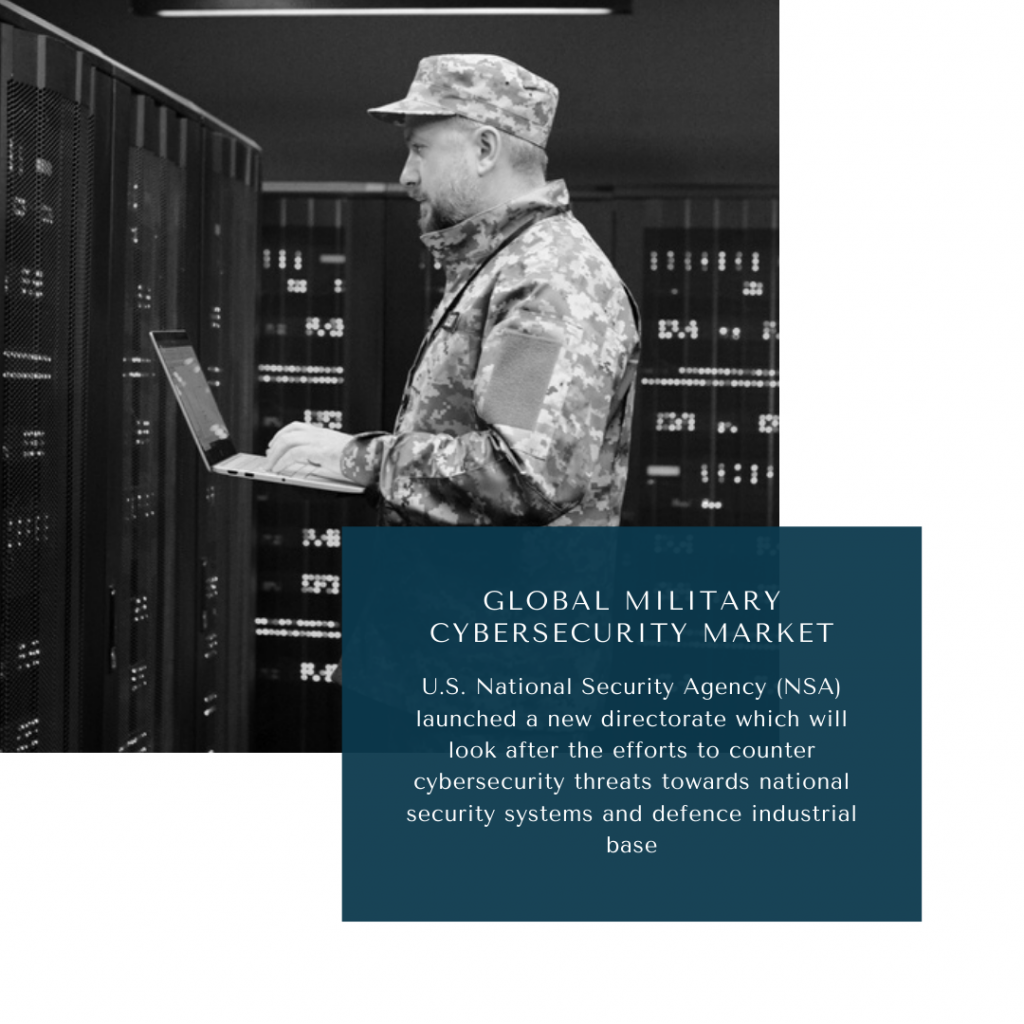 Cybersecurity has developed to an extent which can help the military be offensive in battlefields and defensive during peacetime. Only in the past few years, the depth of cybersecurity threats has been recognized, which has led to cyber warfare pushing military and civilian both to adopt cybersecurity.

Cybersecurity is provided in different forms for specific purposes. Some of which are listed below-

Cybersecurity threats are not confined to a particular area. It can be identity theft based, cloud-based, data security-based and many more, and that’s why the market is based upon the type of solution provided by different companies. Few are listed below-

Five of the U.S. defence contractors have been listed among the top 25 companies in the world providing cybersecurity. Last year, in 2019, the U.S. National Security Agency (NSA) launched a new directorate which will look after the efforts to counter cybersecurity threats towards national security systems and defence industrial base.

U.S. military is continuously eyeing towards advanced cybersecurity to counter and strike any cyber-attacks to their defense system.

Since Russia’s annexation in Ukraine, NATO and the European Union are evolving together to either prevent or respond to any kind of unconventional tactics. Russia has been showcasing its electronic warfare capabilities in Syria and cyberattack campaigns in Latvia, Estonia and other places which have prompted the U.S. and European Union for advanced cybersecurity technologies to counter these cyberattacks.

China has progressively increased its capabilities in cyber espionage and offensive operations which is seen as a new threat in the Asia Pacific by many experts. U.S. and China have been in cyberwar for a long time now, which was thought to be over after both country’s Presidents took oath in 2015 to cease any cyber espionage. The thirst for information and sensitive data is far from over, and most of the countries are investing billions in their cybersecurity.

Railways cybersecurity market in the Asia Pacific has also been booming in recent years.

Iran has been advancing towards military supremacy and cybersecurity in the region.