The jamming device broadcasts an RF signal in the mobile phone frequency band that interferes with the cell phone signal, resulting in a “no network available” indication on the cell phone screen. All phones inside the jammer’s effective radius are silenced. The microcontroller may be used to programme the activation and deactivation time periods. 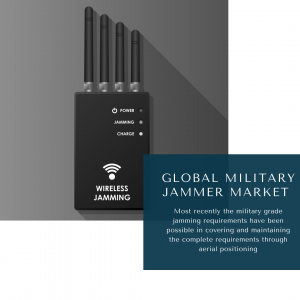 Mobile jammer is a device that is used to prevent mobile phones from transmitting or receiving signals from the base stations. The mobile phone signal jammer works based upon the principle of radio wave frequency (RF). Here we have jamming techniques, sections, microcontrollers, and GSM units. The military and armed forces were the first to employ jamming devices. This interest stems from the primary goal of preventing successful information transmission from sender (tactical commanders) to recipient.

The potential for electronic warfare (EW) jamming that can knock out satellite navigation over wide areas is a very real threat. The possible impacts of GPS jammers are not well recognised, but the danger grows as we rely more on GPS. As a result, an increasing number of governments are committing to the development of GPS interference devices.

Jamming is commonly used in military operations to confound enemy radar or communications. The techniques for jamming are numerous and diverse, but the majority of them simply involve broadcasting a strong radio signal, modulated with noise, on the exact frequency of the signal being jammed.

GPS satellites became fully operational in 1993, and civilian use began in 1995. The United States military originally employed these satellites for accurate navigation and timing. Over the last few decades, free-to-use GPS has grown significantly in accuracy and dependability, and it is today rare to locate any civilian or military infrastructure that is not dependent on GPS in some manner.

Apart from potentially disorienting smart weapons, jamming has been used to make surveillance and targeting methods more difficult. GPS jamming, for example, was used to thwart the OSCE Special Monitoring Mission to Ukraine in 2018. Miniaturization of lightweight antenna systems, similar to that of smart weapons, is advantageous for UAVs with limited payload capacity. Spoofing can alter communication lines as well as their location.

The Global Military Jammer Market can be segmented into following categories for further analysis.

Military jammers are critical for contemporary warfare, and nearly every country’s primary combat force is outfitted with them. The primary use of military jamming technology is to protect against threats and terrorist attacks. During the Iraq War, such jammers were critical in depriving insurgents of their most potent weapon: the IED.

A military blocker can be employed for civilian purposes as well. They are more powerful than standard jamming devices. It can also interfere with a variety of frequencies. If you are the target of a stalking or espionage attempt, it is recommended to employ a military jammer in your car. In times of peace, such gadgets are more commonly utilised to assist residents. They are capable of dealing with GSM, 3G, and 4G threats. Undoubtedly, as a professional military jamming device, it also needs to be able to interfere with Bluetooth and WIFI signals.

Most recently the military grade jamming requirements have been possible in covering and maintaining the complete requirements through aerial positioning. Drone jammers include portable, desktop, suitcase, briefcase, and vehicle-mounted models for various uses.

The Positioning and other military based vital information are to be screened and completely prohibited for external connectivity which is achieved through continual improvements being made by various stakeholders involved in the military warfare technology improvements. Thereby it has been important to have a continual improvement in the jamming technologies used for military grade requirements.

Jammers4u has been a major technologically advanced stakeholder in this sector of operations to provide better quality military grade jammers to the requirements. The most recently launched RCIED Jammers have been improvised to perform varied levels of tasks. The portable briefcase radio-controlled improvised explosive device (RCIED) jammer is a portable wide band jamming system that protects VIPs and people from radio-controlled improvised explosive devices (RCIEDs) by blocking radio exploder control signals in hazardous locations.

Selena Electronics has been recently involved in providing the latest technologies in terms of military based integrations of jammers. The MCSP portable man-pack RCIED jammers are intended to protect military personnel against Radio Controlled Improvised Explosive Devices (RCIED) during critical battlefield operations or explosive ordnance disposal (EOD) operation. The MCSP jammer is dust and water incursion resistant, and it uses military standard connections and components, making it an ideal option for harsh weather and warfare situations.