Military Satellites are an important tool for gathering important tactical information. Out of more than 4,000 artificial satellites orbiting the earth, more than 40% of them are used for Military applications. 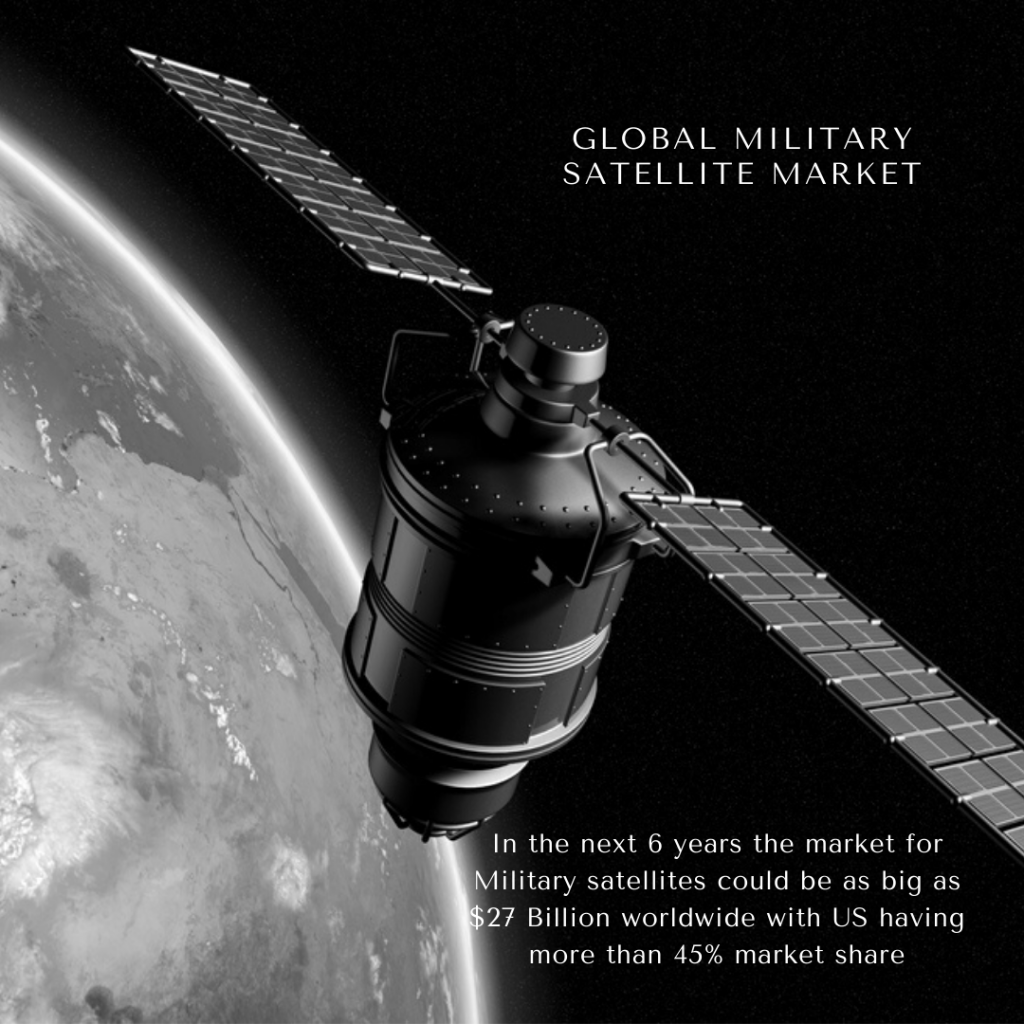 Many nations have been in space for many decades now but no one came close in challenging the dominance of US. But now China and Russia have opened new frontiers in Military space technology to the extent that the US had setup a new division called Space force in 2019

War fighters are more than ever reliant on higher data rates for communications on the move where they can stay connected with Audio and video information while navigating the battlefield.

Unmanned Aerial vehicles are also another important application segment where SATCOM usage has been growing. The SATCOM terminal modem and antenna must work together to transmit geographic location, beam quality, satellite handoff, and other important data-sets

US Military is assessing using constellations of LEO satellites for communications, advanced missile defense or an alternative navigation system to GPS. But Military Low Earth Orbit satellite fleets might not be created right away, as one of the military’s future constellation plans still calls for a fleet of geosynchronous-based satellites

Also, the US Defense Department’s Missile Defense Agency are looking at creating hypersonic and ballistic tracking space sensor that could include a constellation of small LEO satellites probably by 2025.

Jan 2021- L3 Harris to build prototype satellite to track Hypersonic weapons under a contract by MDA worth $121M.

June 2020- GomSpace, manufacturer of nanosatellites signed a $2.06 Million contract to develop and deliver a nanosatellite to the Norwegian Defence Research Establishment (FFI). The launch is planned for Q3-2021

May 2020– Kratos Defense & Security Solutions won a $4.9 Million contract to modernize the infrastructure and systems that interconnect the Air Force Satellite Control Network (AFSCN) sites. The contactor will provide the WANIF units to interconnect AFSCN sites.

US remains world`s biggest and leading market in Military Satellite Market.US created a new Space force in Dec 2019 by Trump administration to focus on national security and preserving the satellites and vehicles dedicated to international communications and observation.

Among other countries, Iran launched its first ever military satellite (April 2020) in the orbit after multiple failed attempts. Nour, the satellite is currently circling Earth at an altitude of 264 miles (425 kms).

Space Development Agency, US plans to launch several demonstration satellites this year, which will be later used to track hypersonic weapons.

The global Military Satellite Market size is estimated at $XX Billion in 2020, growing at –% CAGR till 2025. In the next 6 years the market for Military satellites could be as big as $27 Billion worldwide with US having more than 45% market share.

With increasing demand in efficacy of technology to provide positioning, navigation and timing (PNT) capabilities and race towards a space force, Global Military Satellite Market is expected to grow in the forecast period.

There are more than 15 players in the Global Military Satellite Market. US based Lockheed Martin and Airbus cumulatively had ~46% market share in 2019 and the remaining 54% was held by numerous other companies.

There are multiple regional leaders in this market owing to secrecy and growing protectionism. For example, France based Airbus is the market leader in Europe whereas Boeing and Lockheed Martin are the leaders in the US market.

Thales Alenia Space to Demonstrate In-Orbit Servicing of Satellites by 2026.