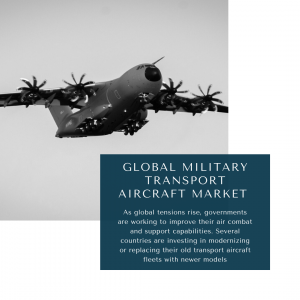 Commercial transport aircraft are the most meticulously constructed non-military transportation vehicles owing to their technological complexity, high starting prices, and lengthy lifespans, and significant research and development expenditures are committed each year to further enhance their designs. Furthermore, since almost all of these aircraft are sold to profit-driven air carriers, it’s not unexpected to see that, after passenger service needs are fulfilled, minimising direct operational expenses becomes the top priority (DOC).

For takeoff and landing, modern transport plane wings must have extremely high lift coefficients even while flying at low speed. As a result, for a given field length, payload/range capabilities are enhanced, while the airport’s noise footprint is reduced. As a result, high-lift systems have complicated mechanics and usually include a mix of leading-edge slats and numerous trailing-edge flaps. High angles of attack can cause the flow over high-lift wings to split, reducing lift while increasing drag.

As global tensions rise, governments are working to improve their air combat and support capabilities. Several countries are investing in modernizing or replacing their old transport aircraft fleets with newer models. The sector has seen many transport aircraft acquisition and upgrade operations in the last few years due to an increase in defence spending by a number of countries across the world.

The military aircraft market is growing as fleet modernisation, aircraft life extension programmes, and replacement of aged aircraft take place. The Asia-Pacific region is expected to increase the most throughout the projected period. The significant rise in military spending in the Asia-Pacific region is a major contributor to this expansion. The firms’ increasing investment in the creation of cutting-edge aircraft is allowing it to maintain a market position. For example, HAL is presently working on a fifth-generation fighter aircraft as part of the Advanced Medium Combat Aircraft (AMCA) programme, while Northrop Grumman is creating the B-21 Raider, a plane with an entirely new design and construction.

The Global Military Transport Aircraft market can be segmented into following categories for further analysis.

Military transport planes are essential in combat operations. There are several mission-critical jobs they do, including carrying soldiers, weapons, and other military equipment to improvised runways in risky locations and conducting multi-role responsibilities such as aerial refuelling, information collection, and rescue missions. Here are a few of the world’s largest military transport planes, measured in cargo tonnes.

There has been a gap between indigenous advances and aeronautically advanced nations’ capabilities in the field of air-breathing engines; despite this, the industry must step up its joint efforts to leapfrog and catch-up. Turbo fan engines with high thrust ratings are required for the military’s fighter and transport aircraft. Thrust vectored nozzles in three dimensions should be standard equipment on every new airplane. Other basic engine technologies including single crystal blade design, high temperature materials, and combustion chamber design, as well as CFD programmes, would need to be developed alongside the variable bypass engine.

There is  a way for MFDs to combine and show data from many different sensors on one screen with sufficient clarity and resolution In addition, the Mission Computers (MCs) and Digital Map Generators (DMGs), which will be a part of the entire package, must be able to provide a 3-dimensional image of the terrain over-flown along with the display of enemy radar ORBATS, thus facilitating independent fly-through capability for the aircraft. You’ll need dependable MCs that can operate independently even if one goes down for any reason like an Electro-Magnetic Pulse (EMP).

During World War II, military transport planes were needed to move soldiers and supplies. The Junkers Ju 52, one of the first, entered service in 1930 and has served with 12 different air carriers since then, playing an important part in wars in Colombia, Bolivia, and even the Spanish Civil War. The Luftwaffe of Nazi Germany had 552 aircraft by 1938. It’s still in use today, primarily for tourism.

Today’s 75m long giant C-5M Super Galaxy variant, first converted in 2006, weighs in at 382t when fully loaded. It has a comparable cruise speed to the An-124 at around 518mph (833km/h), and shares design similarities with the Boeing C-17 Globemaster III.

Boeing Aerospace and Aviation has been part of a long-haul establishment to have better technology placed within the military transport aircrafts.  The C 17 Globemaster is the engineering marvel involved in the establishment of much required technological integrations. It is a high-wing, four-engine, T-tailed military transport aircraft, the multi-service C-17 can carry large equipment, supplies and troops directly to small airfields in harsh terrain anywhere in the world. The massive, sturdy, long-haul aircraft tackles distance, destination, and heavy, oversized payloads in unpredictable conditions.