The pandemic which has given an impetus to digital payments across the world encouraging people to resort to cashless methods of transactions in order to avoid physical contact and ensure social distancing. Major Indian digital platforms such as Amazon Pay, Phonepe, Mobikwik witnessed around 50% spike in transaction on their platform with user base increasing on an average from 2 million to 3 million per month since March 2020.

With India’s Central Bank announcement on August 6,2020 of setting up an offline digital payment hub to encourage the underbanked rural communities to migrate from cash to card, it intents to push ahead the adoption of digital payments which has been spurred by the Covid -19 pandemic

A similar scenario could be seen in the US where the adoption of mobile payments which were below the global adoption rates ( less than 10%) pre-Covid crossed the limits during the outbreak in spite of the ubiquitous presence of smartphone in the country since a decade while in China such platforms were used by around 80% of its population.

As per a survey conducted by Visa.Inc in the month of June 2020, around 63 % of the customers would prefer to go to shop which accepts contactless payments and an estimated 78% have switched to online payments since the beginning of the global flu which indicates the quantum of growth that the industry can achieve in the future.

The pandemic has acted as a turning point for the mobile payments industry as companies that had invested in heavily in digital technologies thrive. A report by Statista indicates that the overall value of transactions through online means is expected to reach USD 47,69,370 Million by the end of 2020 registering an YoY growth rate of 15 % which is expected to rise until the current situation improves.

Increasing integration and implementation of artificial intelligence in mobile payment for better customer experience and secured mobile transactions is expected to increase the mobile payment market size. AI can manage the automated process of payment and number verification. As AI can detect patterns, it can be useful in detecting fraudulent activities. In addition, the growth of e-commerce industry is also expected to boost the market size of mobile payments as the number of omnichannel vendors is increasing worldwide.

However, the major driver for growth would be cashbacks and rewards that are offered by such payment platforms in order to increase their customer base and volume of transactions. However, as the number of competitors in the industry is increasing owning to the growth prospects it offers, a robust reward system must be designed by such organizations to achieve customer loyalty and propel their growth. 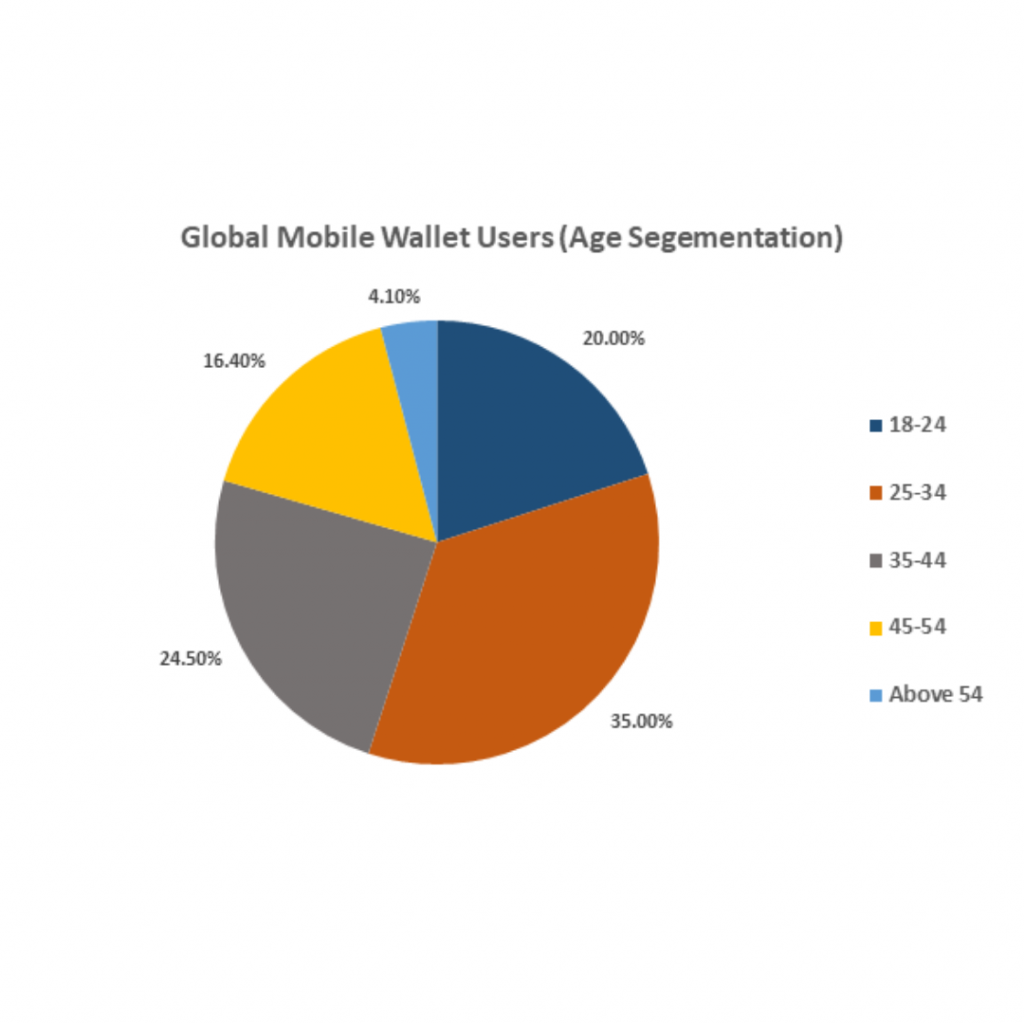 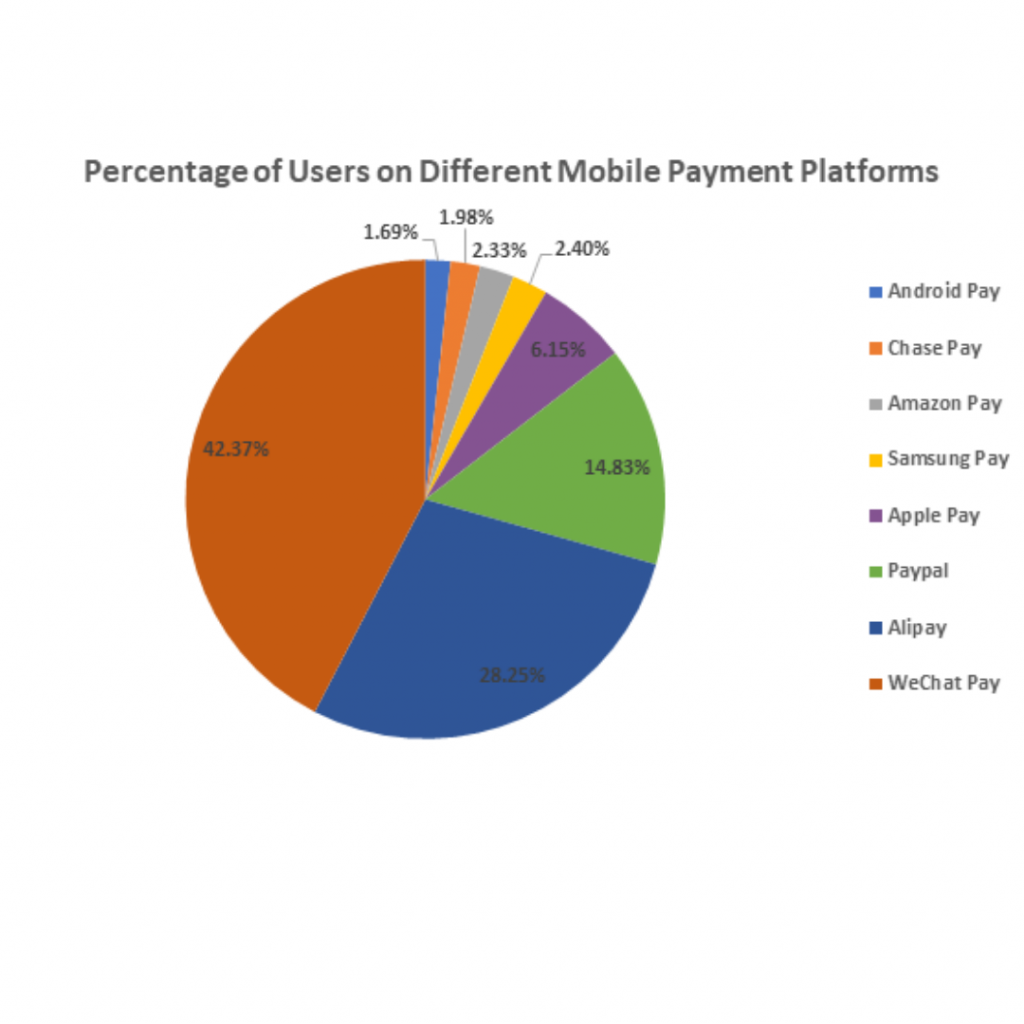 The Mobile Payments Industry is significantly dominated by tech giants such as Google (Google Pay), Amazon (Amazon Pay ), Apple ( Apple Pay ), Facebook (Whatsapp Pay) to digital payment platforms such as Paypal, Visa Inc, Mastercard , America Express followed by startups such as Phonepe, Paytm ,Mobikwik ,Adyen which are providing customized solutions and products to attract customers to use their platform for making digital payments.

The payment platforms provided by such tech giants is just an extension of their data based business model as such payment functionalities allow them to get access to customer data which enables to design other products that are a major revenue stream for them. In respect of new competitors who are entering the industry, shorter product innovations and faster product development act as two factors for their entrance in such a competitive industry. Numerous Fintech have been successful in developing solutions that have brought B2C and B2B payments online.

India serves as one of the major markets for expansion as half of India’s population is yet to come online. As per government’s data, around 31.1 billion transactions were done digitally in 2018-19. Considering that there are over a billion Indians who are still not transacting in India, the industry is yet to see explosive growth in the coming years. In addition, the initiatives taken by the government such as Digital India would increase the penetration of online technology in rural areas which provides a huge untapped opportunity for tech giants and startups.

Apart from India, other countries such as Japan, China are also heading to wider adoption of digital platforms for payments owning to the convenience offered and increasing use of smartphones in the country. 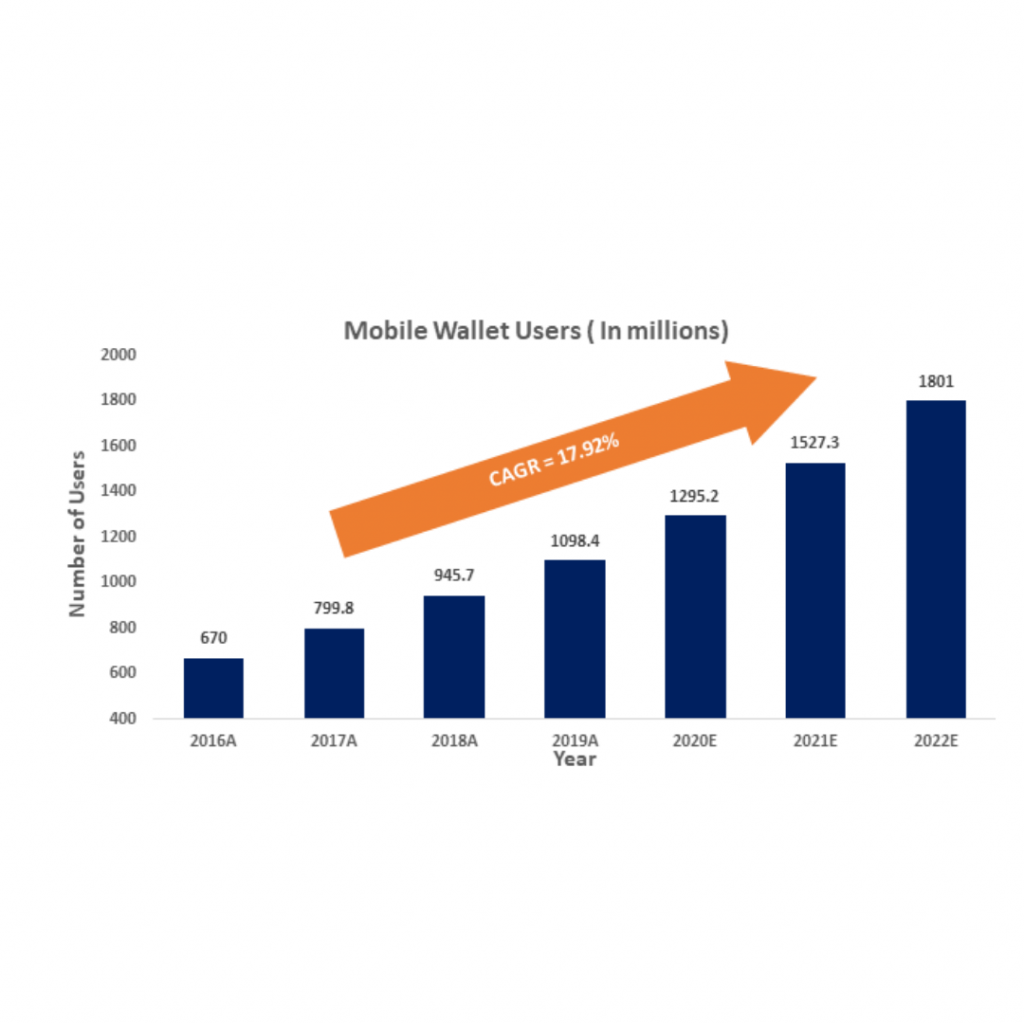 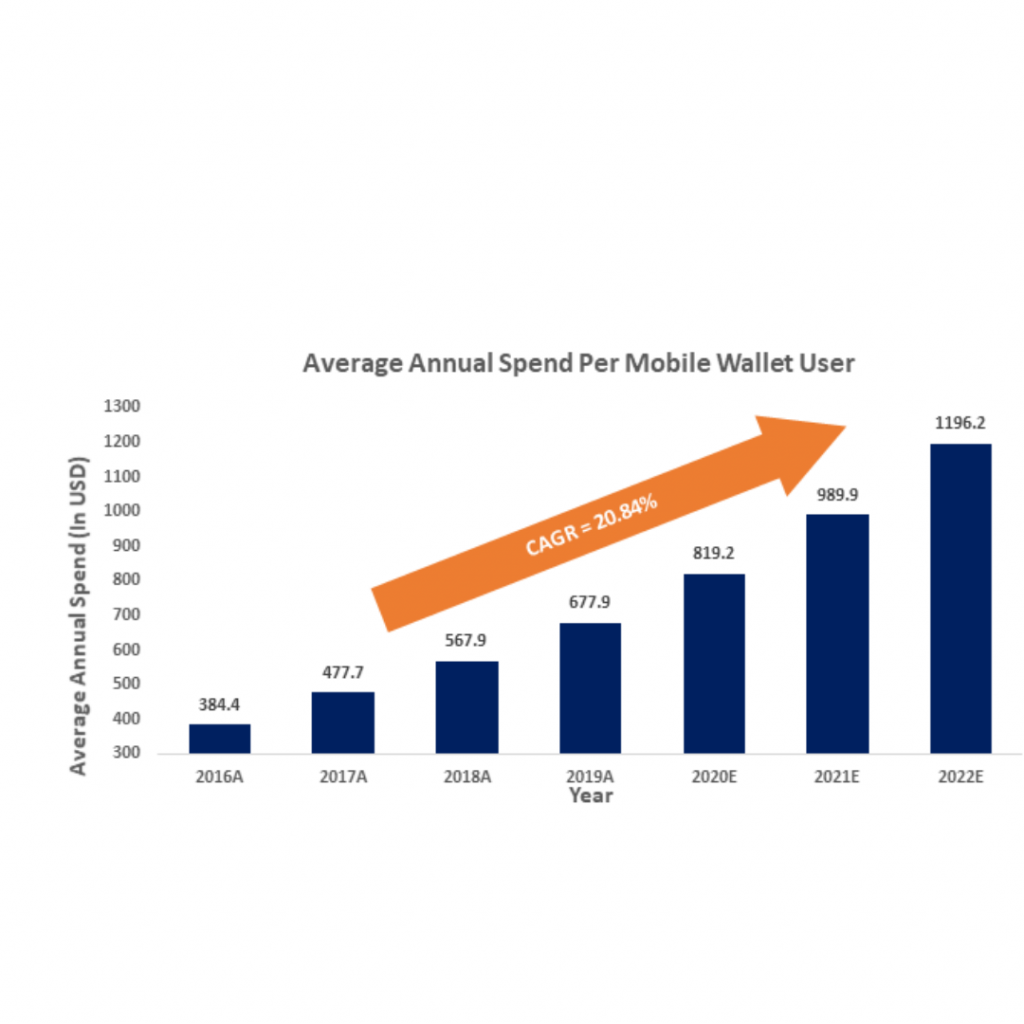 Mobile payments are well poised for further growth due to the benefits they provide increasingly gaining interest not only from customers but also from businesses, financial institutions and even government.

In 2019, Apple and Goldman Sachs joined forces to create a credit card – a business that would generate new revenue streams for the both the participants. Meanwhile, Central Banks across the world such as Indonesia, Mexico are using mobile payments as a measure to achieve financial inclusion and provide a platform to bring the underdeveloped communities over the digital platform.

Security of users data still remains as a stumbling block for all the service providers as a robust and resilient system is required to ensure that no unauthorized usage of their customer data is made .As payment mode requires certain details such as location, card details , card PIN while transacting online, most users are reluctant to switch to such platforms which might hampers the industry’s growth in the future.

Ultimately, the goal of “Cashless is King” requires consistent efforts on the part of all the participants in the industry such as customers, corporate and government to create a globalized and digital payment world.