The Navy is aiming toward the deployment of highly mobile and capable active defence units to guard against Theatre Ballistic Missiles. A credible “first on scene” capability can be achieved without violating the territorial seas of sovereign states using sea-based Navy Area and Theaterwide Theatre Ballistic Missile Defense (TBMD) troops. Rapidly creating cost-effective systems with inherent flexibility for technology insertion and updates is fraught with technical and programmatic hurdles to stay up with the changing threat. 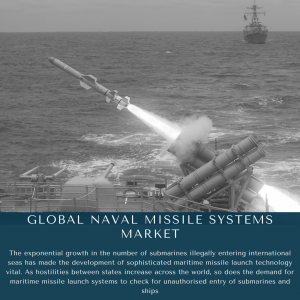 Theatre  ballistic  missiles  (TBMs)  have  ranges  varying  from about  100  km  to  more  than  2,000  km.  They  can  fly on  elevated, depressed, or minimum energy trajectories. They will eventually have some form of penetration aids and pinpoint accuracy. Tactical missile defence systems include a variety of threat detection, intercept, and counterstrike systems as well as an attack sequence against the system’s remaining launchers, airfields, and so on.

The broader network must offer threat warning, interception command and control and counterstrike advice. While dealing with the TBM threat will be difficult, a comprehensive defensive strategy must include more than simply a response to it. Frameworks combining tasks of command, control and communication must link space-based and ground-based sensors to a system element which manages engagements, directing the fire units which launch and control interceptors. This is referred to as combat management. To keep air breathers at bay, there is a need for  a defence structure that functions similarly to the rest of the system. Many of the air and missile defence systems that will be required as part of a “system of systems” are currently in existence and may be improved upon.

Six nations have overlapping claims to the South and East China Seas, which are rich in natural gas and hydrocarbons and through which trillions of dollars in world trade pass every year. Other regional claimants, including as Japan, Vietnam, and the Philippines, have responded with growing forcefulness as China expands its naval supremacy and builds military bases on man-made islands. Standoffs occur often in the disputed territory, which includes the Senkaku/Diaoyu Islands on China’s eastern border and a large archipelago in the South China Sea that includes hundreds of islands.

There have been increases in both U.S. military activity and marine presence in the seas, showing the country’s increased stakes in disputes that might, if not handled appropriately, convert parts of Asia’s maritime areas from thriving commerce routes to battlegrounds. Conflicts escalating across the world over commercial or military supremacy are likely to fuel demand for naval missile launch systems globally.

The Global Naval Missile Systems Market can be segmented into following categories for further analysis.

Due to their superior performance and versatility, these systems have changed the way the naval forces see deep-water-based missile launch systems. Because of its capacity to respond simultaneously to airborne, surface, and subsurface threats, the vertical missile firing system has proven a dependable defensive system for fleets throughout the world. Vertical missile launching systems are likely to see increased use in the future due to their great efficiency and dependability. The U.S. Navy’s vertical launch system has been assigned additional and expanded duties due to recent advances in ballistic missile defence technology.

The US-made Aegis Weapon System, which includes a VLS, a weapon management system, a radar, and various missile classes, has revised its naval strategy. Many Aegis-equipped ships of the future will be built or upgraded to provide ballistic missile defence (BMD) capabilities in addition to the more traditional air, surface, and subsurface defence duties.

With the success of Aegis BMD, the United States Navy has taken a progressive approach to BMD. The Pantsir seems to be a comprehensive defensive armament system with its huge thorax-like body and eight missile launchers on its shoulders, each of which can fire Hermes-K and 57E6 missiles. The Pantsir S combination of phased array radars, electro-optical and infrared targeting and identification technologies allow it to intercept sea-skimming missiles that may escape standard radar systems.

Rising maritime conflicts in the South China Sea and Mediterranean between various nations are driving investments in the acquisition and deployment of new navy warships. Currently, the naval forces are updating or replacing their old naval fleets with newer-generation warships as part of a modernization effort. As the need for additional naval vessels grows, so will the need for missiles and missile launch systems in the years to come.

Raytheon Technologies has been developing a Naval missile system for special integration onboard the aircraft carrier defence technology system. It was launched in the RIM 116 RAM System for aircraft carrier airframe development.

The abilities of the Supersonic, lightweight, quick-reaction, fire-and-forget weapon describes the Raytheon RIM-116 Rolling Airframe Missile (RAM), an ASM system. After launch, fire-and-forget missiles don’t need any additional guidance and may attack targets that aren’t necessary in the launcher’s line of sight. The RIM-116 RAM is equipped with a 21-missile MK49 guided missile system and an MK44 round pack. The MK 31 guided missile armament system is made up of these two parts working in concert with one another. A M601A1 Gatling gun provides backup.

Kongsberg has been another major developer of advanced missile systems in the Naval manufacturing segments. The Naval Strike Missile was developed to meet the requirements of the Royal Norwegian Navy to arm its new frigates and coastal corvettes. NSM was also selected by the Polish Navy for use on its coastal defence installations.

The stealth design of the NSM allows the anti-ship missile to penetrate into shipboard defences. The NSM is effectively used in littoral and open sea environments. The airframe design and the high thrust-to-weight ratio enhance the manoeuvrability of the missile. The missile is 3.96 metres long. It has a maximum range of 185 kilometres with a 125 kilogramme HE fragmentation warhead. The missile’s payload is 407 kilogrammes, making it a heavy lift. The NSM-based Coastal Defence System (CDS) contains a fire distribution centre (FDC), a sea surveillance and tracking radar, and an NSM launcher firing unit.