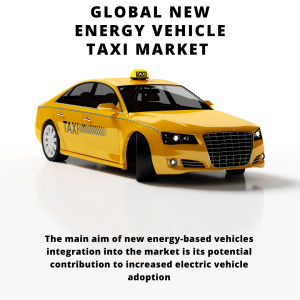 BEV is not a contemporary high-tech notion, but rather a fairly simple technological concept that has been available as a series product for more than 110 years. As a result, skilled people can simply perform e-conversion, which is the conversion of new or old ICEVs to electric vehicles. In contrast, contemporary lithium-ion battery technology, which is required for most BEVs to be practical in everyday life.

An interesting potential is the use of hydrogen allied in conjunction with these solutions. These technologies are being explored by a number of automakers as a means of lowering dependence on fossil fuels and reducing CO2 emissions. With the arrival of renewable sources for energy generation or hydrogen synthesis, their advantages rise.

There has been an increased and integrated usage of the Battery based electric vehicles into the industrial perspective of operations and within the Global Electric car rental market optimizations. With continuous development of EV promotion and application in all fields of urban mobility, EV applied in carsharing has become increasingly widespread. Positively affected by early well-known and successful cases worldwide.

Electric passenger vehicle (EV) company Ola Electric plans to join the Indian market. Even though the company’s electric two-wheeler approach is well-known, its intentions to enter the electric four-wheeler industry are beginning to get traction. This is Ola’s attempt at gaining an early mover advantage in a market that is only beginning to develop.

Both supply-side and demand-side initiatives are part of China’s NEV promotion strategy. Assistance for R&D initiatives under national S&T programmes, support for the commercialization of electric cars and their components, tax credits for car manufacturers, and tax incentives for the building of charging infrastructure are all examples of policies on the supply side.

New energy vehicles are predicted to be in high demand as fossil resources are depleted and costs rise. A sustainable development scenario, according to the International Energy Agency (IEA) (SDS). Aside from that, as part of the EV30@30 campaign, which was launched in 2017, we’ve established the common aim of having a significant percentage of electric vehicles by 2030. During the research period, this is projected to raise the demand for NEV taxis. It is also becoming increasingly popular in Europe to remove CO2 from the transportation and electricity sectors (European Union). As a result, the European NEV taxi industry continues to develop as EV fleets continue to expand.

India has been foraying into the new energy based taxi vehicles through various Taxi based service acquisitions being maintained within the mobility solutions requirements. BluSmart, an all-electric ride-hailing platform, has announced the expansion of its services in Delhi. BluSmart has been part of the latest electric energy based propulsion under the taxi and cab sharing services being brought into the country.

The Global Market for New Energy Vehicle Taxi can be segmented into following categories for further analysis.

By Integration / Structure of Purchase Type

The main aim of new energy-based vehicles integration into the market is its potential contribution to increased electric vehicle adoption. The selection of a certain vehicle depends on the utility that the attributes of this vehicle have to the decision maker. In earlier years, most focus is on instrumental aspects such as price, range, and fuel consumption.

NEV involves a large-scale systemic transformation, which by definition takes time. A number of challenges have arisen over the years, including a laggard domestic auto industry, over-optimism by the Chinese government, high costs for consumers, primarily due to batteries, and low consumer enthusiasm, as well as trade barriers and a disproportionate focus on large state-owned enterprises.

Most EVs use nickel-metal hydride (Ni-MH) batteries and lithium-ion batteries as power sources. Ni-MH batteries are durable, affordable, create less pollution, and can be mass produced. In addition, they are relatively cheaper to manufacture, while the technology behind it is more mature. The cathode materials used in lithium-ion batteries for most international NEV models are lithium manganese oxide (LMO) and ternary (NCM/NCA), while Chinese NEVs mostly adopt lithium iron phosphate (LFP) batteries.

Electric vehicles are the closest thing to a pollution-free mode of transportation. Only the creation of power to charge their batteries and, potentially, the disposal of the batteries would have negative environmental consequences (although recycling may dispel this concern). Electric cars are the most current in a long line of developments that have swept the commercial automotive sector, and Dubai is at the forefront of this transformation.

BYD has been part of the much-required drive for NEV Production requirements. It has brought into the mass production requirements the F3DM model of operational NEVs which hold a 16-kilowatt-hour battery charged to 95 percent of its usable capacity. It has an operable mileage of 60 Miles alongside The F3DM’s mode choices offer dozens of miles of all-electric driving, even while the switch is in hybrid mode. It is capable of powering a possible combined output of 169 Hp with possible battery recharge and engine powerup.

Mercedes Benz has recently launched the next generation technology based eSprinter vehicle for mobility solutions based on new energy requirements through transporter and people mover-based mobilisation. After the smart EQ models Daimler launches the Mercedes-Benz EQC (combined electrical consumption: 20.8 – 19.7 kWh/100 km; combined CO2 emissions: 0 g/km)**, the first fully electric SUV, in the mid of 2019. With a range of up to 450 kilometres to NEDC. The eSprinter has been integrated with an installed battery capacity of 55 kWh, the anticipated range stands at around 150 kilometres with a maximum payload of 900 kilograms.