India- A country known for lowest car ownership across all emerging countries found a new answer to its mobility needs in 2013, when Taxi for sure launched its app based on-demand taxi programme. The very same year, when Uber entered India and launched its services in Bangalore.

Till 2014, there were very few takers for on-demand taxis but a lot changed in 2015 when Ola rolled out a much improved and accurate app with broader coverage. Till 2014 and even early 2015, Ola`s ~20% bookings were made through laptops and desktops. India`s weak internet infrastructure and comparatively lower smartphone penetration was prime reason behind this. 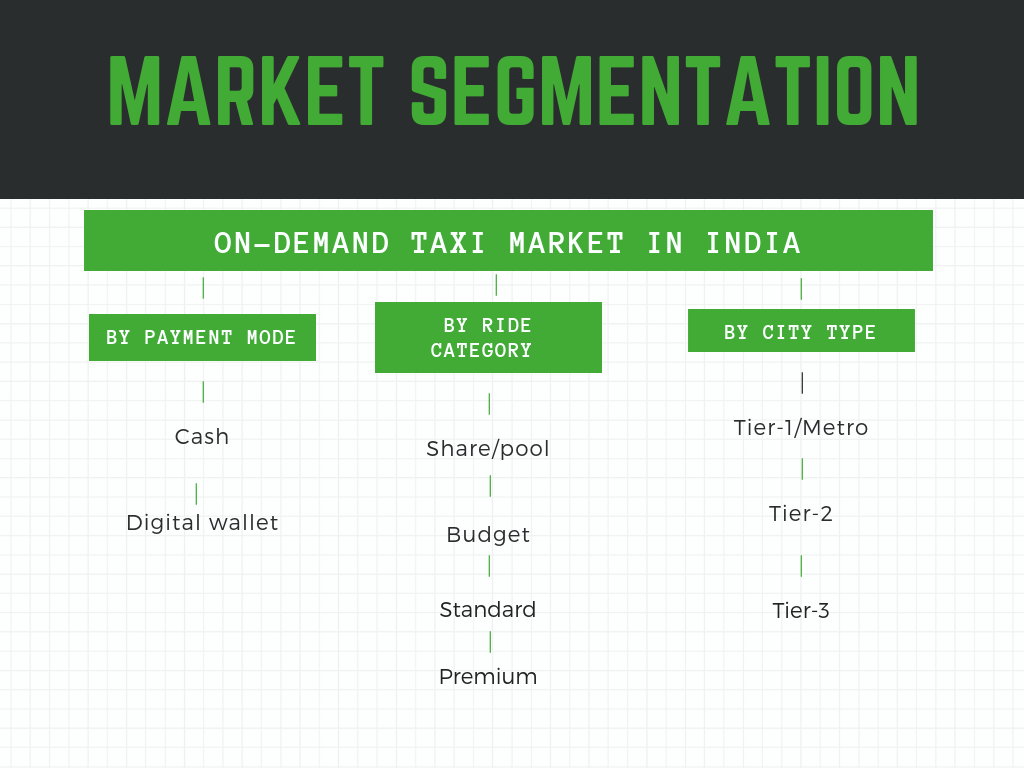 Declining data costs in India has helped many low income users to come online and mid-income users to stay online for prolonged duration.This has truly helped growth of  on-demand taxi market in India.

Rising fuel prices have put a massive burden on profitability of all commercial fleet operators in India. Diesel prices are just 7 Rs less than all time high of 75 Rs($1.1)/ liter. Ola and Uber`s incentive spending has gone down and simultaneously their commission rates have gone up, hurting earnings of their “driver partners”.

On-demand food delivery and mobility on demand are two prime requirements of urban dwellers, who find car ownership and maintenance a “liability”. As the explosive growth of this market has cooled down now, both Ola and Uber ventured into food delivery services to create new streams of revenue and further expand their reach.

Both Ola and Uber have been accused of overcharging users during peak hours, by “surge pricing”. Surge pricing drew a lot of criticism and attention from transport regulatory authorities in 2015 and 2016, when a ride used to cost 2.5X-3X of regular prices. However, now in 2019 it seems to have been smoothed out and surge prices now typically range between 50%-60%. 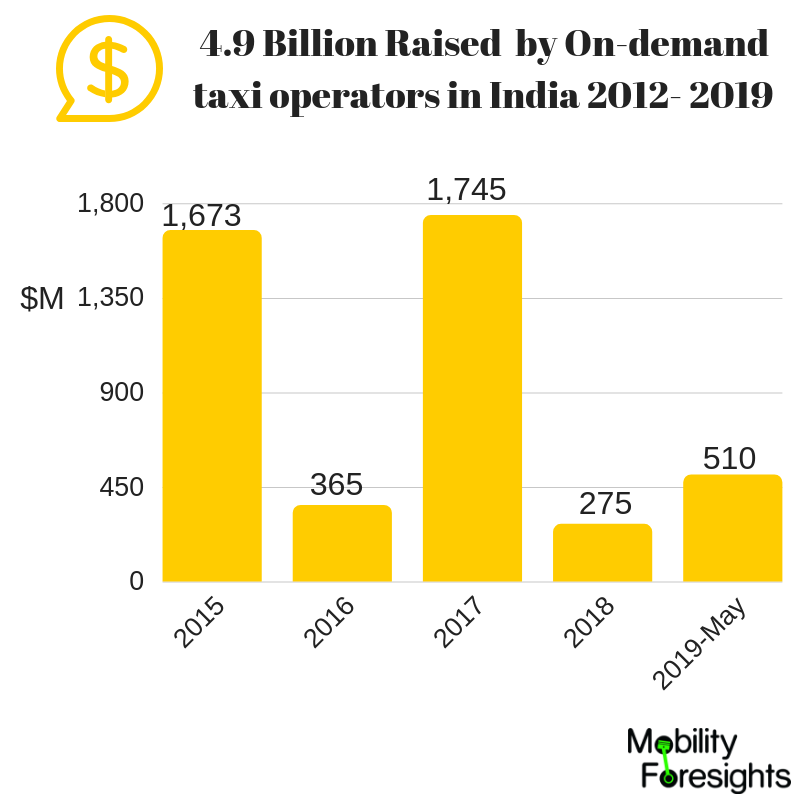 The year 2015 saw money coming in from both Ola and Uber investors for expansion in tier-2/tier-3 cities and getting more drivers on-board. Ola didn’t raise any fresh investment in 2016.Meru cabs, one of the oldest cab operators of India raised $75M cumulatively in 2015 and 2016 and hasn’t raised any more rounds beyond that.

The Indian taxi market size was estimated at 1.9 million taxis estimated to generate ~$10-$11 Billion revenue in 2019.The unorganized small fleet operators account for ~91% market share in terms of registered taxi fleet. The arrival of on-demand taxi players has helped organize this market to a great extent.

The target user-base of on-demand taxis in India is typically urban with an income of >25,000 INR ($350)/ month. Although, with growth in share/pool rides, that income threshold has further reduced. In India, both Ola and Uber, earn ~78% of their revenue from budget segment rides.

Apart from Meru cabs, the cab aggregators have an asset-light business model and don’t own any vehicles of their own. They simply charge a 20-25% commission on every ride just for the match they provide between a rider and a driver.

The market size of on- demand taxi market in India was estimated at $XX Million in 2019 , growing at YY% CAGR till 2025

The car manufacturers in India are capitalizing on the growing popularity of on-demand taxis. The passenger car market leader with 51% market share in India, Maruti launched the second generation Swift Dzire Tour in Oct `17. About 70%+ Toyota Etios is sold to commercial segment.

Ola vs Uber is the best way to define the competitive landscape of on-demand taxi market in India. Both unicorns, funded by Softbank have put up a relentless fight. The other players namely Meru cabs and Jugnoo are pretty much non-existent in the overall scheme of things.

Ola has 1 million+ drivers on its platform, whereas Uber has just about 0.6 million “driver partners”. Ola is on track to become a holding company for various different companies under one group. This move is widely looked at a move to boost valuation, but we believe it is more on the lines of making the company diversified and sustainable in the long run.

Ola expanded Internationally in England, Australia and New Zealand in 2018. Uber on the other hand has sold its Chinese and South East  Asian business to Didi and Grab respectively but  is fully committed to the Indian market.

To customize the report, write to us at sales@mobilityforesights.com

Copyright statement
Unauthorized reproduction of the above copy is not allowed in whole or in part. Individual/party found in violation will have to deal with legal consequences.