View cart “Global Rail Auxiliary Converter Market 2020-2025” has been added to your cart.

Traction transformers are important components in the traction chain playing integral role in train performance and operator services. It is a single large-phase transformer that is installed in the locomotive to feed the power for traction motors. These transformers are developed to power heavy freight loads for long distances at various terrains. They are designed to be compact, lightweight, and can be effectively operated in extreme weather conditions. 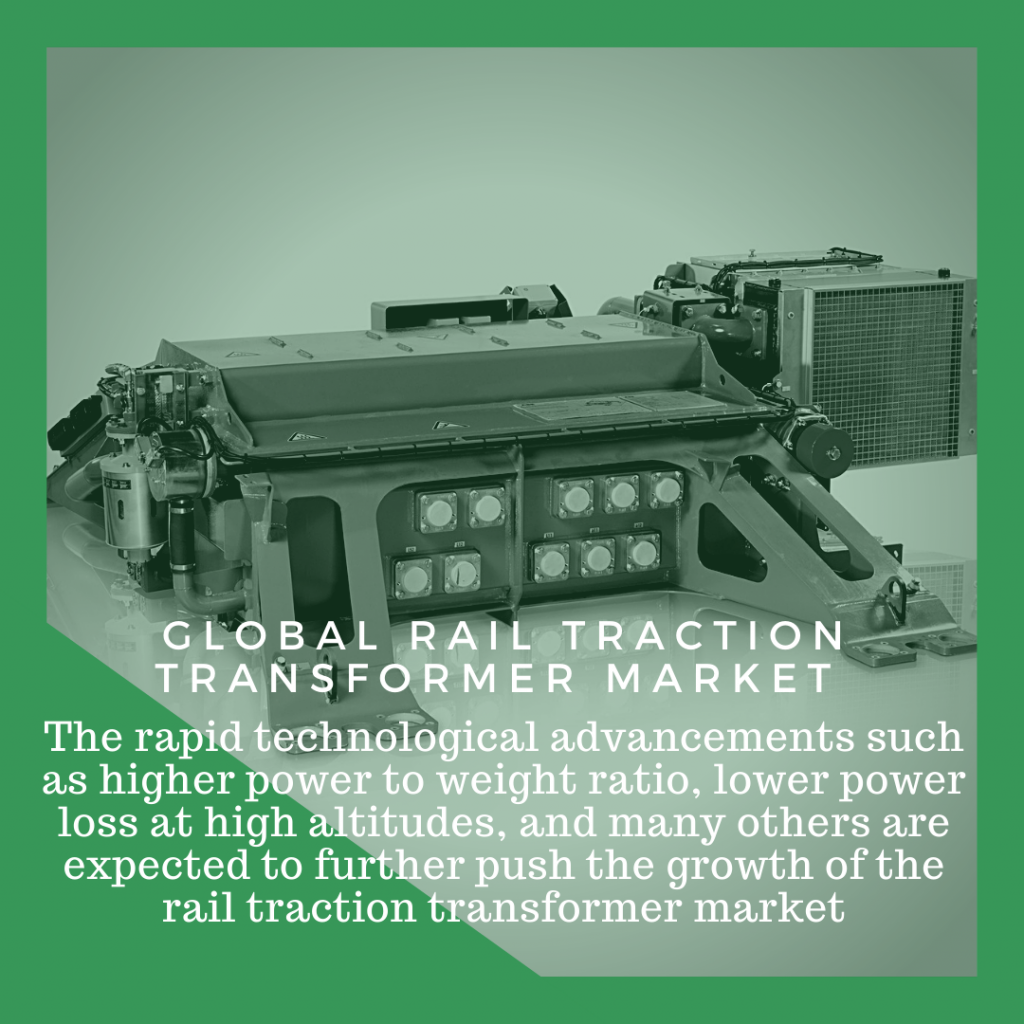 Mainly, the traction transformers are divided into two groups-DC systems and AC systems. Usage of traction transformers differs in various locomotives because of different electric standards for a variety of locomotives. Quality check is run through all the appliances during manufacturing at all the stages. This allows improving performance to have energy efficiency and easy maintenance cost.

In the following report, we will delve deeper into the topic to understand the market dynamics and various other features associated with it.

The major driving factors for the rail traction transformer market are:

On the other hand, some of the market restraining factors could be the high prevalence of diesel-powered rail engines, high cost, performance degradation, and inadequate power supply.

The market is mainly dominated by few well-established major companies. Also, it is noticed that the majority of contracts are given to OEM. Additionally, OEM’s have started entering PPP to develop the rail infrastructure in various countries.

The electric locomotives are expected to have a significant share of the global traction transformer market. The introduction and eventual usage of metro and high-speed railways by developing and developed economies has aided the growth of rail infrastructure. The sector is progressing towards the usage of cleaner and efficient pieces of machinery. Therefore, affecting the demand for traction transformers in electric locomotives.

On a regional basis, the market is primarily divided into regions, I.e., North America, Europe, Asia-Pacific, and the Rest of the world. Within the regions listed, the main sub-regions are North America: the US, and Canada. Europe: France, Germany, and the UK. Asia Pacific: India, China, and Japan. Latin America: Brazil and Mexico. Middle East Africa.

The European region is expected to have a significant share of the market because of constant development in technological advancements. Also, the growing investment in the high-speed rails, installation of new lines in the Asia-Pacific region are expected to drive the market forward. The high population density in this region is an aiding factor in the growth of the market. The United States is considered to have a huge potential marketplace for traction transformers owing to projects that are still to be executed.

Covid-19 has had a severe impact on the development of rail and its equipment. The Traction transformer manufacturing units have been shut because of the pause in public transportation for a long time. With lockdowns lifting and companies starting to continue their work, Countries namely Japan, Switzerland, Netherlands and Belgium are the leading areas for implementation of rapid-transit rail systems.

The rapid technological advancements such as higher power to weight ratio, lower power loss at high altitudes, and many others are expected to further push the growth of the rail traction transformer market.

The market demand for the tapped transformer is relatively more than the other types owing to their high efficiency of electric motors. The demand increases because of the increased use of electric locomotives and trams.

Replacing the use of usual components with electric technology is an important opportunity arising in the marketplace.

The OEM are focusing on creating equipment that helps reduce noise, produce less emission with minimal power losses keeping in mind improving the efficiency of trains. With these many areas to focus upon, the market is available with plenty of opportunities to exploit.

Companies like Siemens have been focusing on Improving the lifespan of the Traction transformers while on the other hand, the ABB is aiming for metro and light rail vehicles that are designed to support clean and safe railway networks in cities.

New designs are also needed for traction transformers to make their place in locomotives more impactful. Siemens’s brand – Sitras have protection controllers that reduce high voltage and protect the units.

In addition to this, Alstom has been spending a lot on Research and Development in traction transformer. The company technology solutions are aligned with eco-design principles: Low noise, Energy efficiency, low lifecycle costs and better MTBF. Alstom has developed naturally-cooled transformer for regional application; No fans are needed in this design, as the air flow from train speed directed towards radiators which reduces the Total Cost of Ownership.

The following companies are the prominent players in the global rail traction transformer market: 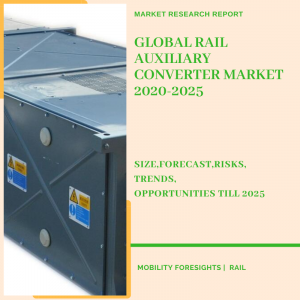