We are living in times of scarcity. Terms and phrases like sustainability, climate change, ozone depletion, closed loop economic transformation of industries, etc. are gaining finer definitions each day.

We are now building suitable alternatives. Concepts like Electrification, Public Transit Infrastructure Developments and regulations, shared mobility practices, etc. are redefining the language of leisure and want as we know it.

Locomotive and Railway Transit Systems, however has been suitably practicing this approach since decades now. Since, the onset of Locomotive vehicles in the early 19th century, the drivetrain of these transportation units has seen many developments. 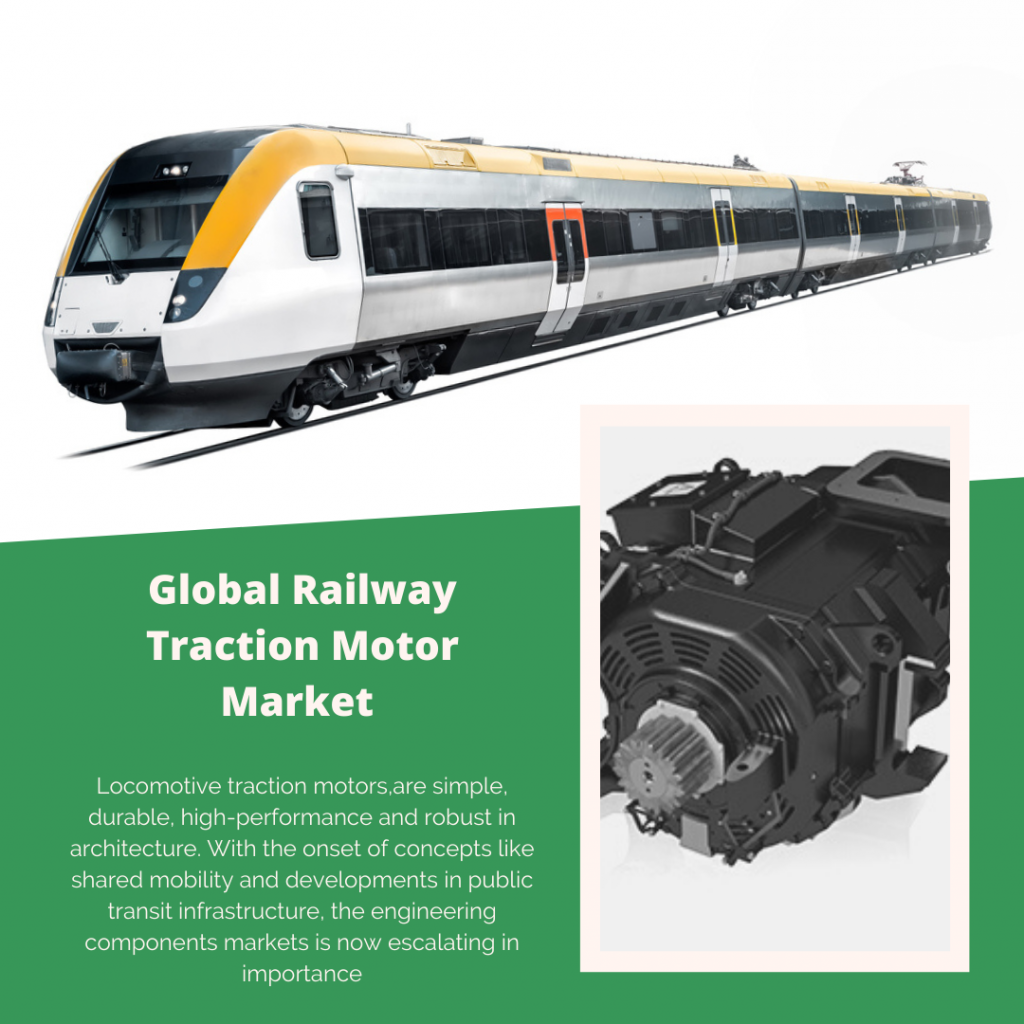 They have been evolutionary. The revolution came with the introduction of Electric Drivetrains. The solution allowed bogies to travel even larger distances with enhanced efficiency and at greater speeds. Subsequently, the cost of maintenance went down as the as life of product increased.

With the introduction of electric drivetrains, infrastructure for locomotives witnessed developments. Newer concepts were introduced and diesel/coal drivetrain engines were sidelined.

In engineering terms, the traction motor is responsible for the propulsion of the vehicle by controlling the input parameters of frequency, voltage and current applied at the stator coils whilst producing the desired speed and torque as a part of output.

CONSTRUCTION OF A TRACTION MOTOR

Like a conventional motor, a traction motor also consists of a rotating armature around fixed field windings surrounding the entire armature, all of which is supported by a shaft arrangement. The fixed field comprises of fixed coils tightly wound around inside the motor cage.

The armature is another set of coils wound around the shaft which happen to be connected via brushes to the field. The contact between the armature and the field is maintained by spring loaded contacts pressing against the extension of armature, called commutator. It is responsible for distribution of correct current flow in appropriate sequence.

Locomotive traction motors, as previously said, are simple, durable, high-performance and robust in architecture. With the onset of concepts like shared mobility and developments in public transit infrastructure, the engineering components markets is now escalating in importance.

Railway networks, before had restricted access to many remote locations of the planet due to inefficiency of the combustion engines. With the changing picture, certain factors like territorial demarcations & physical topography hurdles of the planet still seem to challenge the system.

Hence, geographical access for a locomotive is considered an important segment where engineering optimizations need to be carried out suitably.

Monorails, Metros, Goods-carriers, Passenger Trains, Bullet Trains, Hyperloop conceptualization all have the common fundamentals in terms of transportation ideation. However, despite having a common stem, each of these have separate target audience and use.

Monorails and subway lines are used for urban commute specifically while goods carriers are meant for long overhaul transportation of goods. The application is molded according appropriate land use and specific need of the target consumers.

Based on the above-mentioned parameters, the propelling units of the drivetrain i.e. the motors are segmented as AC, DC or Synchronous.

Overall, the Asia-Pacific corridor is the largest consumer in terms of Locomotive technologies and growth of greener solutions in terms of power unit can motivate overall scenario.

As a part of drawback of the current system, the motor efficiency is a concern to be highlighted. Promotion of energy saving methodologies is being aimed at widely. At parallel, minimization of longitudinal vibrations and eccentric noise have to be developed at power in order to boost overall ride experience even at harsh geographical conditions.