The Indian Railways contributes to ~3% of the country’s gross domestic product (GDP) and has social obligations pegged at $5.3 Billion annually. It is among the few government-owned enterprises which has been incurring losses year-after-year. Railways around the world, like in the US, Europe and Japan have undergone ownership changes. But, Indian railways, continues to be monitored by government.

In coming years, the Indian railways is all set witness significant changes. The Indian Railways is planning to purchase locomotives, coaches, train sets, Electric Multiple Units (EMUs) from private manufacturers instead of buying them from the state-run companies

The Indian railways’ plan of exporting its coaches in the global $180 Billion rolling stock market will be major growth driver for rolling stock market in India. New coach manufacturing in India has already got a boost by record high CAPEX allocation of ~$900M in the FY 2019-20 budget, a sharp increase as compared to just ~$500M in FY 2018-2019. 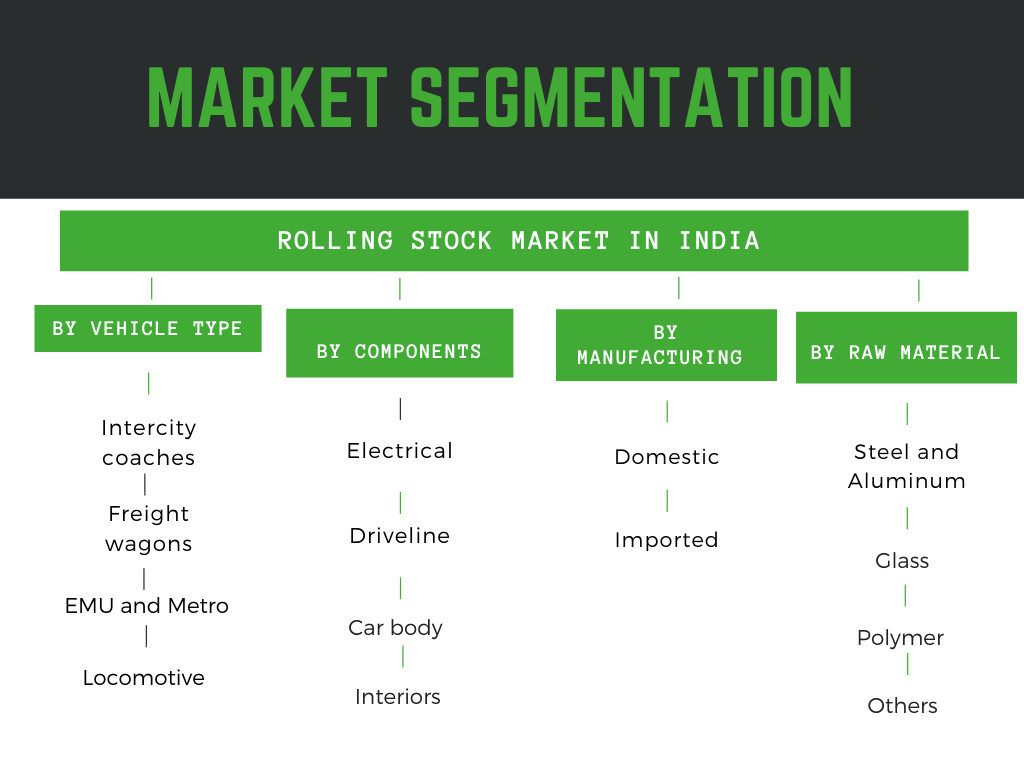 The Indian railway industry was a completely closed industry in the sense that most of the manufacturing and operations of rolling stock was carried out by the state-owned companies. But now, in FY 2019-2020, all of that is set to change. The railways will have 150 private trains by 2023 to start with and the routes that will go for bidding are still being worked upon. During bidding, the operators will be given options — import, buy rakes from an Indian company or on lease.

This move has made the Indian rolling stock market very attractive for International rolling stock suppliers and component manufacturers alike.

The dedicated freight corridor between Delhi-Mumbai, Delhi-Kolkata will also create new demand for cargo wagons as the new corridor will support max speed up to 100kph against existing 60kph.

The corporatisation of rail manufacturing is essential for upgrading the intercity trains to a max speed capability of 160-200kph from 110-130kph presently.

WHO MANUFACTURES ROLLING STOCK IN INDIA

July 2020- Indian Railways invited global tender from private companies to run trains on 109 routes. The private trains are proposed to be run in 12 clusters across the railway network

Oct 2019–Indian Railways planned to invite private domestic and international operators to bid for operating passenger trains on a lease basis on 25 inter-city routes covering distances from 500-700km.Private operators will be required to pay haulage fees along with the lease fee

Oct 2019-  Indian Railways planned to procure 100 new trains by 2022 to increase the speed of services. Initially seven trains will be imported and the remaining trains will be manufactured in India under a technology transfer arrangement

Oct 2019–Indian Railways planned to convert all LHB trains to HoG(Head on generation) system by the end of this year. HOG taps power supply overhead power lines and distributes it to train coaches and does not need a power generator car(reducing 105 DB per car)

July 2019- The Finance Minister of India announced that the state does not have  funds to make  heavy investments($700 Billion) required to modernize Indian Railways between 2019-2030. Hence, the PPP(Public private participation) model is being considered

May 2019– There was a backlog of 25,000 freight wagons, due from private suppliers. The state owned indian railways has a wagon manufacturing capacity of just 4,000 units per annum. Coal and coke account for ~60% of freight traffic, followed by cement and foodgrains in India