Suspension is a critical part for any vehicle and it is no different in the case of rolling stock, be it passenger coaches or freight wagons.

There are primarily three to four types of suspension used in rolling stock worldwide. 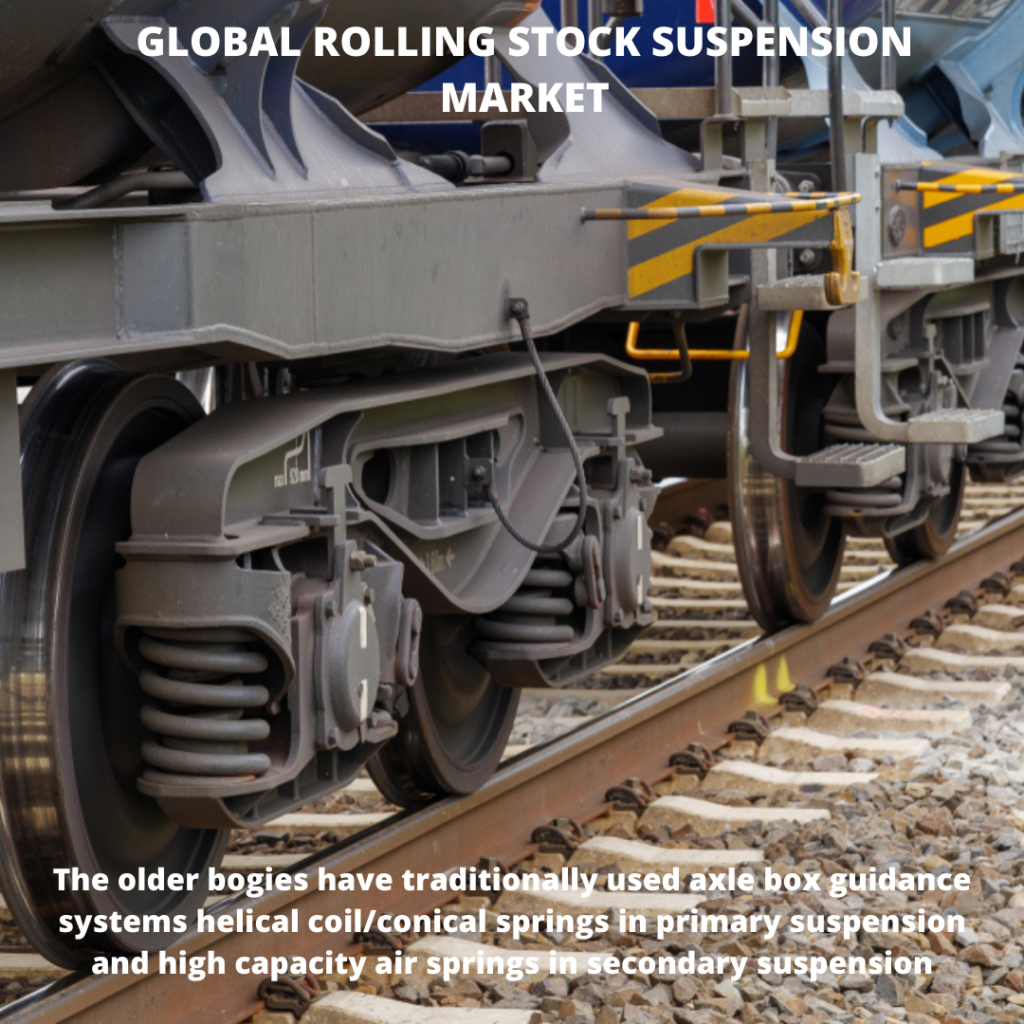 The most common dampers are Primary and secondary dampers – maintenance-free twin-tube dampers in modular design and come in multiple sizes.

Electrically shiftable yaw dampers are primarily aimed at semi and high-speed applications which have an added advantage on winding rail tracks.

The India rail market is now open for privatization and almost all rolling stock suppliers are looking at the country as next big opportunity.

Passenger coaches in Indian Railways have adopted lightweight bogies with axle loads of up to 17 metric tonnes. Suburban trains use bogies of higher axle load capacities of 20.3 metric tonnes and operate at relatively slower speeds of 110km/h.

The global rolling stock suspension market is estimated at $XXM growing at –% CAGR till 2025.

Germany based ZF has a diverse rail suspension products portfolio ranging from vertical and horizontal dampers to yaw dampers for a variety of applications.

Contitech a subsidiary of Germany based #4 biggest auto supplier, Continental AG. The company has been supplying air spring systems to many rolling stock manufacturers for many years now.It has long term supply agreements with Bombardier, Alstom, CAF.

To further strengthen its position in the market, Contitech announced its acquisition of Sydney-based rubber and steel moulded composite air spring maker Vulcanite in 2017.