Electric Scooter Sharing Market in US and Europe 2019-2024

E-scooter sharing- Why do we call it sharing and why not rental? The answer is, it is another extension of the fast growing” shared economy”. A rental, typically happens for a minimum hour/day/week, whereas sharing happens only for a trip. 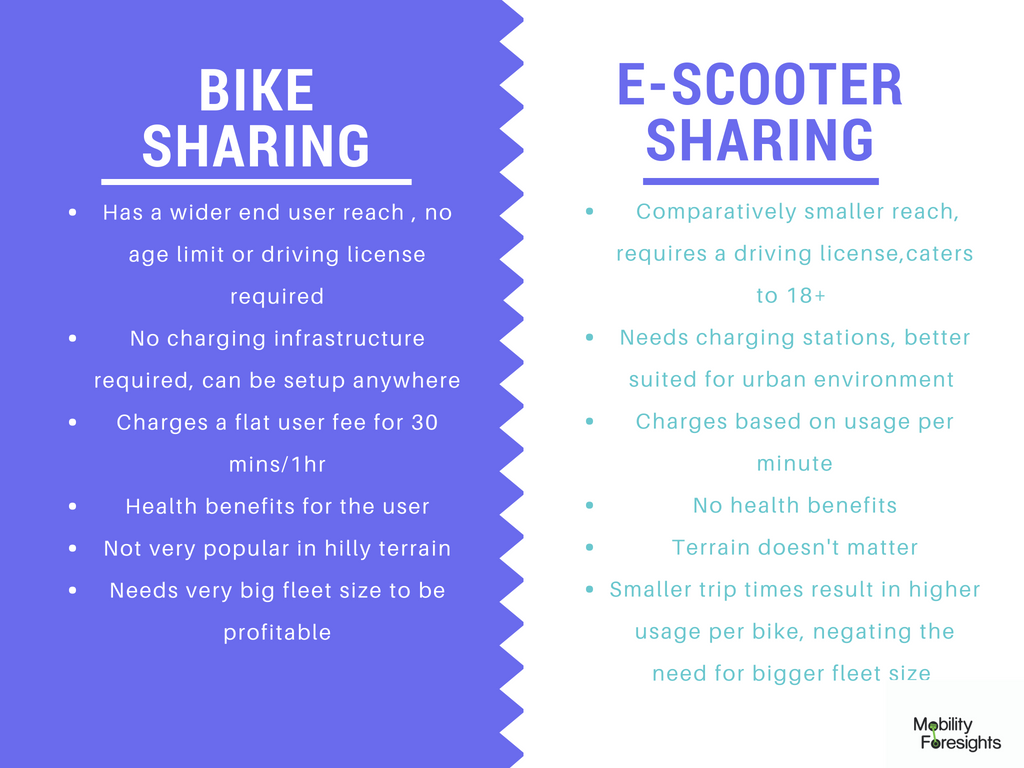 The biggest growth driver for E-scooters is the blistering growth of on-demand economy, highly congested and polluted urban cities and its low physical footprint with zero carbon footprint. They also have an advantage over on-demand taxi and bike sharing, owing to low cost and shorter trip duration.

But, not everything`s right for E-scooter sharing operators. Many city planning authorities are concerned about the safety of riders and pedestrians. Sidewalk clutter is being sorted in many cities by creating specific drop-off zones but it is still far from over.

Aggressive funding by VCs resulted in solid expansion across geographies in 2018-H1 2019 but the very short lifespan of scooters were and still are a major threat to profitability. Post H1-2019, there has been a rationalization of operators`s expansion plans as investors look for a concrete path to profitability.

E-scooters have created polarized opinions in our society. Although, they are good for our urban, polluted cities, they still require sustainable charging infrastructure and separate pathways, which is rare to find.

To succeed in an on-demand economy, density is the key. All on-demand mobility providers started from upscale, dense cities, and the same can be said about e-scooter sharing operators.

There are more than 150,000 scooters in 177 cities cumulatively in US and Europe available for sharing. The standard rental charges in US are $1 for unlock and 15 cents per minute. The cost of a 1-1.5 mile trip could be in the range of $2.5-$3.5, which is almost double that of bike sharing. Please refer to our Bike sharing Market in US and Europe  report to know more about bike sharing. 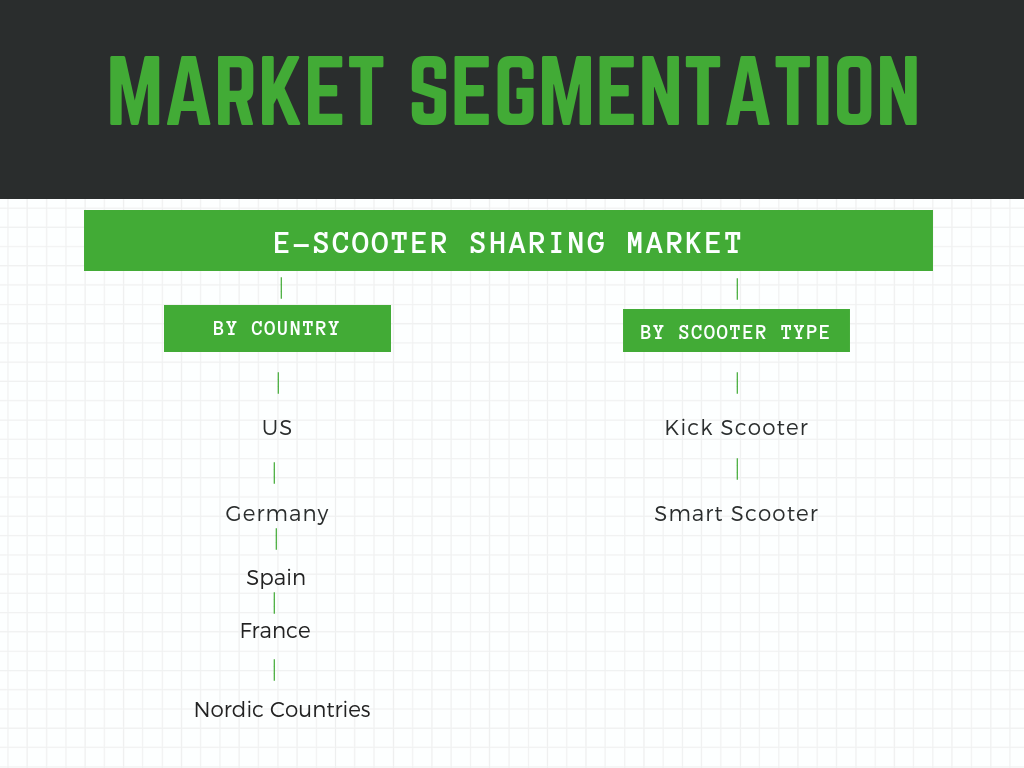 US has a car penetration of 800 per 1000 inhabitants and more than 30% households have multiple cars. Now, in a country with per capita income of $50,000, majority of the population can certainly buy an e-scooter instead of renting it.

So, what is the value add of these e-scooter sharing companies? In one word “convenience”. Buying a scooter, will mean carrying it to your destination and recharging it, as and when battery is low. And, this is where sharing comes in handy. A 2-mile trip will cost ~$3 and the user can drop it anywhere, now that is a big plus. No worrying about parking, recharging and maintenance, just use and pay per trip.

As of March 2020, Paris and Berlin appear to be the hub of e-scooter sharing in Europe,followed by Madrid and Stockholm.

E-scooter sharing in Europe is now only available in 97 cities as compared to 112 cities in Dec 2019.Europe`s e-scooter sharing market comprises larger number of European players, but with smaller fleet sizes. US based Lime and Bird are present  in 63 unique cities as compared to just 22 in March 2019.As per Lime, Paris residents travel on an avg 6 miles per trip, generating highest revenue per ride globally.

Germany legalized the use of e-scooters on roads and bicycle paths in May 2019, leading to battle among European and U.S. startups to roll out sharing services in Europe’s biggest economy. Berlin based Tier is among the biggest players in Europe and has recently announced that it will also offer E-smart scooter sharing services. It is now present in 54 cities, significantly higher than both Bird and Lime.

The scooter sharing market size in US and Europe is 15-20X bigger than Asia. To know more about Asian market, read our report titled Scooter sharing Market in Asia 2019-2024

FUNDING RAISED BY BIKE AND SCOOTER SHARING STARTUPS TILL FEB-2020

The sharing economy start-ups are mostly fuelled by VC(venture capital) money, as we have elaborated in our Bike and Scooter sharing startups report.  Their first target is always acquiring new customers(gaining scale), by putting more capital,keeping profitability aside. Bird and Lime have accumulated funding to the tune of $1.48 Billion by Nov`19.Bird is now valued at ~$2 Billion and is the first start-up to get there in less than a year into starting its operation.

In US, the competitive landscape is extremely consolidated where Bird and Lime account for a major chunk of the market. Europe on the other hand is comparatively fragmented market with local players like Tier and VOI are giving a tough fight to the American duo- Lime and Bird.

The first leg of e-scooter sharing race among startups was all about gaining scale but 2020 onward it will be all about cutting costs, burning less capital and achieve profitability. There have been significant internal clampdown by all operators in terms of their presence and cash outflow and even laying off employees.

Among smart scooter(moped) sharing operators, Paris based City scoot raised ~$26 Million in Feb 2020 to expand in two more European cities and take its fleet size to 8,000 scooters. Uber integrated its offerings with City scoot scooters in Paris from October 2019

We expect new entrants in the scooter sharing market. Ford acquired Spin and is planning Europe entry(via Germany) as announced in Feb 2020 .Uber may buy Lime or Bird. It won’t be surprising to see many more big-ticket acquisitions, both in US and Europe.