Global consumer electronics market is witnessing a major surge in the adoption of smart devices with the ever-changing innovations of the IoT (Internet of Things) which has given the end consumers the luxury of interoperability of devices. 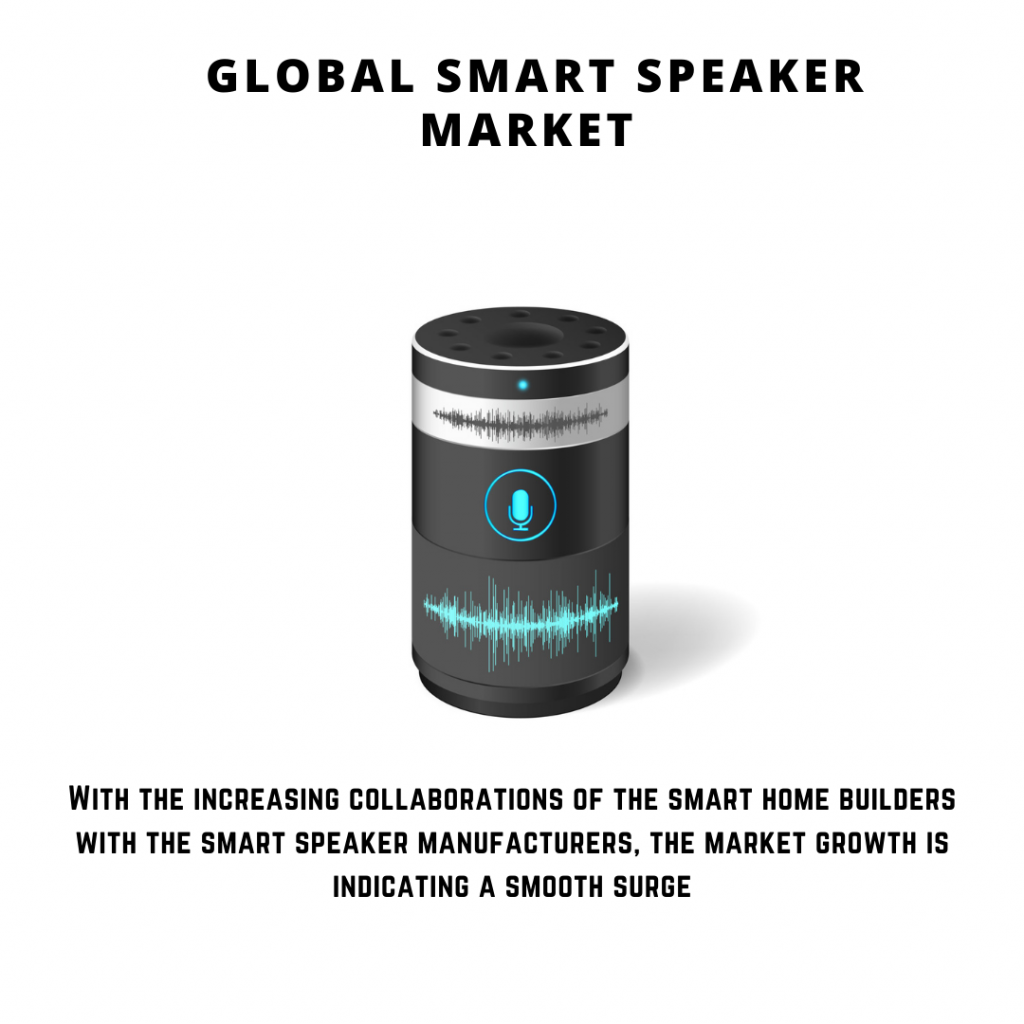 Smart speaker is one the highest adopted product category. The virtual assistant feature with the help of artificial intelligence helps operate the smart devices through Wi-Fi connectivity to integrate daily life functionalities like ordering food online, playing music, listening to news and weather forecast just at the effort of voice commands.

With the increasing collaborations of the smart home builders with the smart speaker manufacturers, the market growth is indicating a smooth surge.

The adoption of smart speakers is high for regions like North America where the consumer choices are majorly driven by the ease of use, luxury and entertainment with the advent of technological interventions and willingness to adopt newer technology with advanced features. Smart city projects for both China and India shall prove to be a huge opportunity to drive the smart speaker market growth.

Attributing to the established market segment of Apple and iOS devices, expected growth of Siri is about 35%. In 2017, 48.4% of smartphone voice assistant segment was contributed by Siri. And the major drivers for Siri could be the deep integration technology and high-quality virtual surround sound.

On the other hand, Alexa is available in more than 80 countries holds a major market share of 70% owing to its low pricing and wide array of benefits including playing games, listening to music, news as well as controlling smart homes. Alexa is also being integrated by other companies such as Fabriq and Sonos which is affordable for the price sensitive customer segment.

With the nation-wide lockdown due to the pandemic, there has been seen an increasing trend of digital media adoption and a major shift has been observed in terms of digitization as means of entertainment. This might prove to be an opportunity for increasing adoption of the smart devices although no market study report was found to affirm this prediction.