The value chain of the bicycle industry operates at two levels – small and medium enterprises, produce bicycle components and accessories, whereas the larger manufacturing units/OEMs focus on bicycle assembly and production. The SMEs, which rely mostly on unskilled and semi-skilled labour, have expanded through time but in an unorganised and informal way, and are primarily involved in the production of bicycle components and parts. 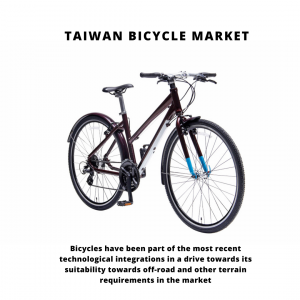 Most advancements in the bicycle business are driven by the quest of lightweight and high-strength bicycles in newer, superior materials and improved design. This has resulted in the introduction of a wide range of new equipment and techniques for making bicycles and parts, which the Indian bicycle industry has not always kept up with.

With the Industrial Technology Research Institute (ITRI), Taiwan’s bicycle industry has developed a platform for product data management (PDM), which has now been extended into an open PDM. Taiwan’s A-Team may eventually be able to connect up with shops across the world, establishing a worldwide SBR (Special Bicycle Retailer) strategy as a result of their efforts. Taiwan’s status as the world’s largest manufacturer of high-performance bicycles would be cemented. To yet, it is unclear how such goals will be realised.

Consumers choose from a variety of bicycle models. Road bikes were descended from the original bicycles and were mostly used on paved terrain. The fundamental design has altered very little since its origin, as shown by thin smooth tyres and a bent handlebar. The triathlon, or time-trial, bike was one version of the road cycling discipline. Individual races over a set distance against the clock were planned for these machines.

In the People’s Republic of China (China), manufacturing is shifting away from labour-intensive items with poor value-added. As a result, China offers a serious competitive threat to firms in a wide range of industries. As a result, the recent triumphs of the Taiwanese bicycle industry may give some optimism for such firms. Taiwan’s previous economic success has been built on the competitiveness of its small and medium sized enterprises, and competition among such companies has tended to be high. Such ﬁrms have shown a remarkable ability to recombine and form new networks in line with market changes.

Since the early 1990s, yearly exports have progressively fallen due to severe competition from China (competition that includes production from Taiwanese-owned assembly plants there). Exports of Chinese bicycles surpassed those of Taiwan’s by the year 2000. Low profits also stifled innovation as firms all throughout the value chain fought to keep costs down. Taipei exported 3,880,000 bikes a year as of 2003.

Giant and Merida are two of Taiwan’s top bicycle makers. Both companies are publicly traded, have well-known brand names, and are committed to preserving Taiwan’s competitiveness in the cycling sector. As a result of their mutual respect throughout the years, these competing firms accounted for roughly 50% of Taiwan’s yearly bicycle manufacturing in 2005.

Most local bicycle industry suppliers, on the other hand, are small to medium sized businesses. Most of the time, these firms lack the resources to innovate. The local assemblers, on the other hand, have not provided much assistance in developing their technological skills. Taiwan’s A-Team, an association of Taiwanese bicycle assemblers and suppliers established in 2002 to revitalize Taiwan’s prospects in the industry, has played an important role in that rebound.

The Taiwan Bicycle Market can be segmented into following categories for further analysis.

Bicycles have been part of the most recent technological integrations in a drive towards its suitability towards off-road and other terrain requirements in the market. This has brought upon new gear and drive systems to be innovated for better experience and ease of usage in operating the bicycle as required at all times by the user.

The most innovative requirement has been the CNT nanotube technology development. The material of the carbon fibre frame will directly affect the rider’s riding experience and service life. With the excellent dispersibility of carbon nanotubes and carbon fibre interface bonding, not only can the product weight be greatly reduced, And used in the design of structural parts, it has excellent compressibility after impact and excellent destructive properties.

The Carbon-based material has been the most highly optimizable material on the market, reaching new heights in terms of strength, stiffness, and tenacity, and even aluminium can’t stand up to comparisons when it comes to weight. This alongside the drive and gear systems has brought upon the Shimano innovation into presence within the market. Shimano introduced a 12-speed bike with wireless technology plus the inclusion of coin cell batteries and wireless transmitters in shifters, wireless receivers in derailleurs and a 12-speed cassette configuration.

Merida International Inc. has brought in the latest series of technological advanced lightweight cycles in the industry for better mobility solutions alongside possible E Bikes being manufactured under the sustainable requirements. It has most recently launched the Big Trails series, which is retrofitted with Trail Mount and is positioned underneath the top tube/seat tube junction and these ingenious fixing points makes fitting an additional tool or a pump a breeze. The ‘Trail Mount’ offers a real advantage under the preference to keep the weight off your back or if you are heading out for an extra-long outing where you might need to carry additional gear. The Cables are routed through the frame, entering, and exiting through smooth sockets. Only a clever system for our internal guiding and fixing guarantees reliable and rattle free routing, whilst the cables are protected from moisture and dirt and gives the bike a cleaner look.

Dizo Bikes has also been involved in production of carbon-based cycles into the market for better technological advanced composite material usage. It has recently launched the M8 T1100 Flagship Road Bike, which uses carbon fibre material to achieve the perfect ratio of rigidity and weight. The entire car matte paint surface is used to reduce the overall weight of the frame more extreme with the front and rear counterweights being closer to the perfect ratio. It has been retrofitted with Shimano based chain and gear setting requirements which are retrofitted with Dual Control lever technology.