Seamless freight movement is what fuels mega economies. In North America, more than 66% of the trade that happens between the participating countries the US, Canada and Mexico happens via Trucks. Other modes of transportation like rail. air pipeline when cumulatively combined carry only the remaining 34% of the freight.

Trucks also have a major role in multi-modal shipments, more often than not providing the first and last mile connectivity to factories, warehouses, and stores. All of this puts a lot of load on road infrastructure which has resulted in a huge amount of traffic congestion on highways but in spite of everything Trucks still, continue to play a major role in freight movement, globally. 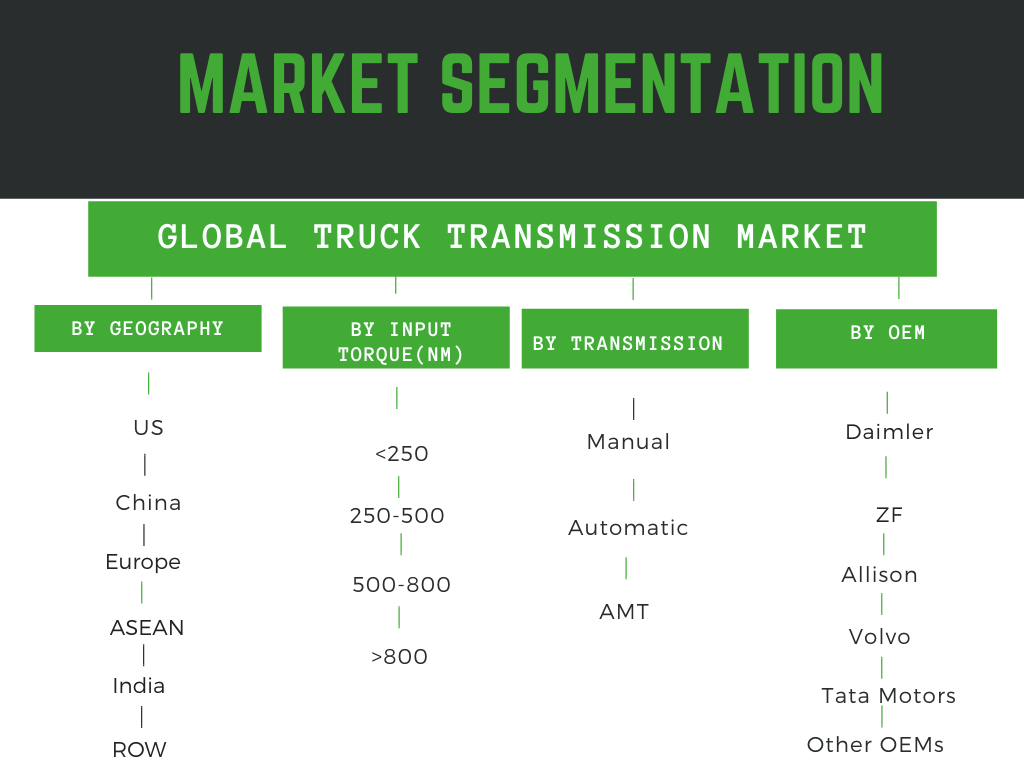 In India, since most of the trucks are powered by comparatively lower capacity engines, the transmission torque rating is consequently lower.

ZF is supplying transmission to all major truck manufacturers in India including Tata Motors, Ashok Leyland and Eicher on their higher tonnage trucks.

Low cost, higher reliability and the older generation being familiar with manuals is the reason for its dominant share. But, with growing driver shortage and higher skills required to operate a manual is making way for a larger share of AMT in North America. The 5% better fuel economy offered by AMT is an added bonus.

Some of the recent facts supporting this move are put below:-

The global truck transmission market size is estimated at $XX Billion in 2020, growing at –% CAGR till 2025

Daimler trucks and Volvo truck manufacture almost all transmissions in-house. Allison Transmission is the global leader in manufacturing automatic transmission for commercial vehicles and US is its biggest market.