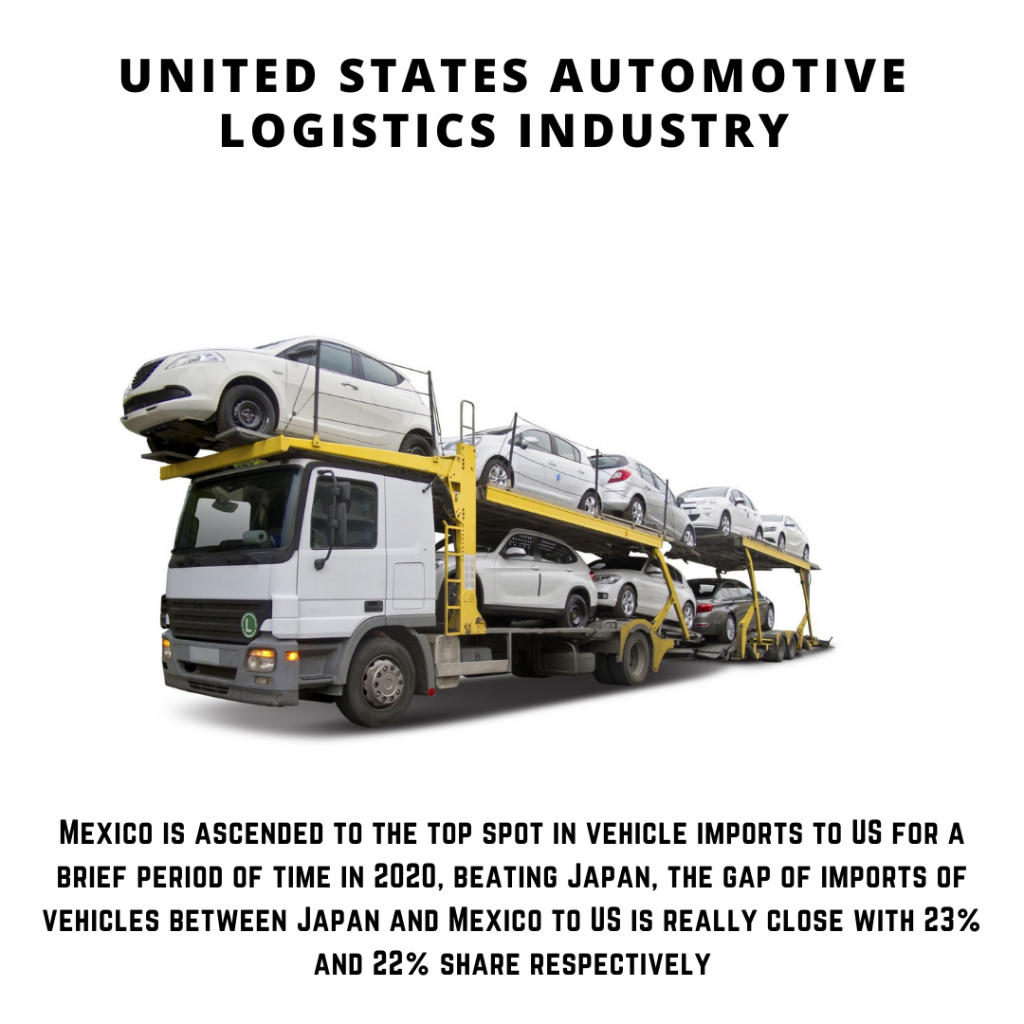 Motor vehicles are the United States’ fourth most valuable export, trailing only aircraft, gasoline and oil, On the import side, passenger vehicles are ranked No. 1 for five consecutive years.

Logistics players provide a wide range of functions this can be classified in the following way: