SUVs accounted for almost 55% of the car sales in the country in 2019. However, among the top selling models it was the pick-up trucks that occupy the top 3 spots. 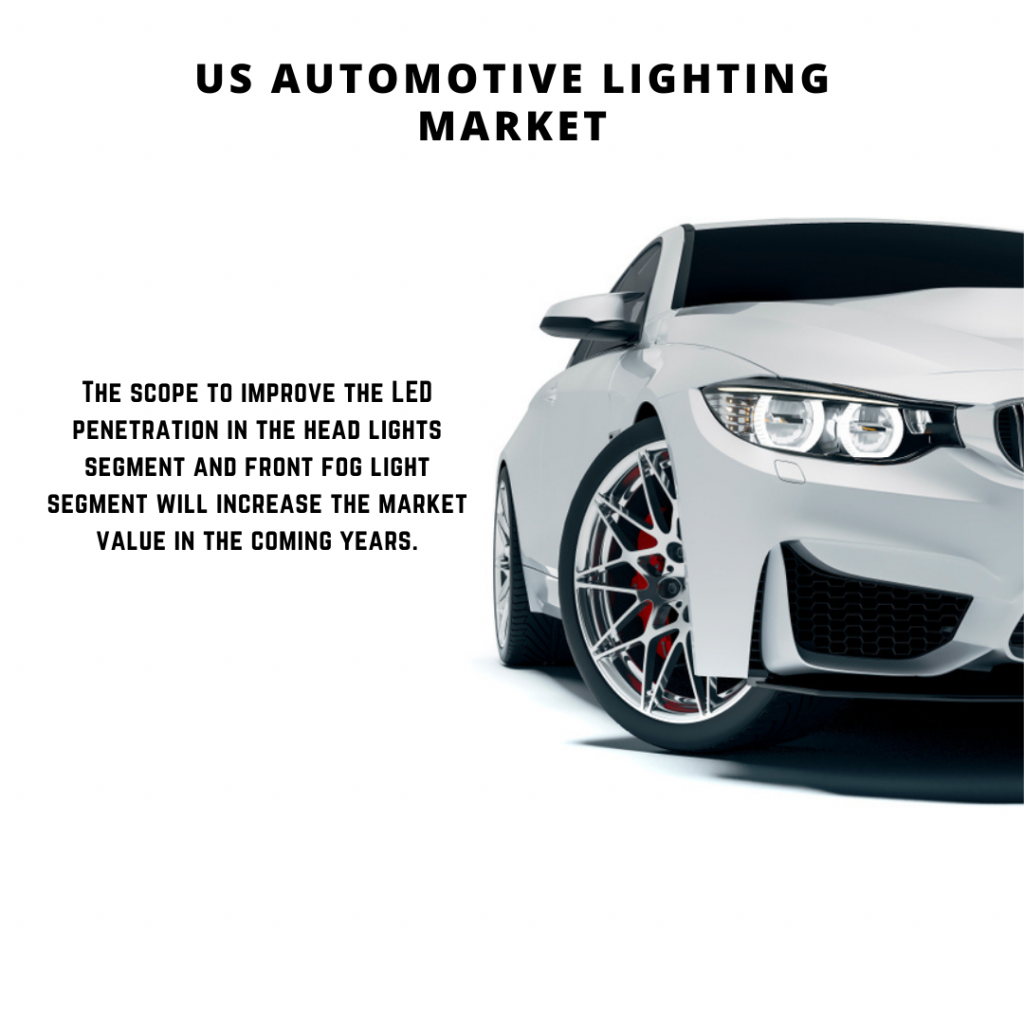 The price of the overall lighting in a car in the country is highest compared to any other region. In 2019, market value of automotive lighting system in the country was highest for any region in the world.

Since the country witnessed more sales of high-performance vehicles the penetration of Halogen and HID is considerably higher in the country. US also witnessed high adoption of cargo LED lamps, security approach lamps and various other latest technology driven lamps directly increasing the market value of the lighting market.

US AUTOMOTIVE LIGHTING MARKET BASED ON TECHNOLOGY

Although, the country saw a high penetration of LED headlights, every top model was equipped with halogen lighting in few of the variants.

Toyota Highlander, Corolla and Ford Edge were some of the very few models equipped with adaptive headlights among the top sellers.

US AUTOMOTIVE LIGHTING MARKET BY POSITION

High performance vehicles such as Chevrolet Equinox, Traverse, Toyota Tacoma and Jeep Cherokee were equipped with the HID headlamps contributing to HID’s volume.

In the premium segment in Lexus vehicles tri beam headlamps are found extensively. Adaptive headlights option was available for most of these segment cars.

US is one of the markets with high volume of laser headlights equipped cars as Audi and BMW had as many as 9 and 8 models respectively fitted with laser headlamps in the country.

US saw increased penetration of LEDs in cargo lamps, high mount stop lamps, interior lighting and security approach lamps than any other region, contributing to the led volume. In tail lamps segment, all of the top3 models were equipped with halogen tail lamps in most of its models increasing the halogen presence in rear lighting.

In Miscellaneous lighting US had high penetration DRLs ~80% and also Fog lamps as they are the premier fitment in SUVs and pick-up trucks.

The scope to improve the LED penetration in the head lights segment and front fog light segment will increase the market value in the coming years.

Nissan’s new logo, incorporating LEDs to illuminate the same in its upcoming EV “Ariya” has given a scope of LED addition in the vehicle. Going forward the feature can be expected to be appearing in few more OEMs.

By 2025, the US LED lighting market is expected to account for 1/3 of the share in the market value.