An electric drive vehicle or Electric Car, often known as an EV, is a vehicle that uses one or more motors (electric or traction) to provide propulsion. The extent to which a vehicle is electrified differs from one vehicle to the next.

Electric vehicles create a paradigm shift for both the transport and power sectors and could support variable renewable power growth through different charging schemes. Benefits of EVs or Electric Cars include zero tailpipe emissions and therefore less local air pollution and, depending on the power generation, lower CO2 emissions. 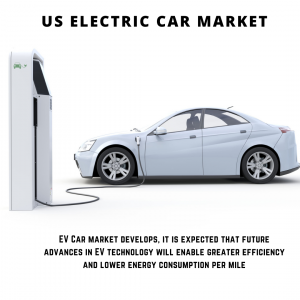 EVs can also reduce noise pollution in cities. Governments should also consider promoting electric two-wheelers and electric buses as a way of reducing pollution and noise in populated regions where point-to-point charging is possible. There are two types of electric cars (EVs): battery electric vehicles (BEVs), which rely only on batteries for energy storage and must be recharged by plugging them in, and plug-in hybrid electric vehicles (PHEVs), which combine batteries with liquid-fuel storage and refueling systems.

In both situations, the electric motor is extremely efficient, utilizing 90-95 percent of the input energy to propel the car forward and emitting zero pollutants. However, the usage of batteries presents two major problems for battery electric vehicles: cost and range. Most current models of BEV do not store enough energy to provide “normal” driving range and are limited to below 250  km (160  miles) per recharge.

The environment is changing continuously because of natural events that are beyond the control of humans. There are also changes caused by people, which in the past were irrelevant but, especially after the 19th century and the Industrial Revolution, have come to be signiﬁcant to the degradation of the natural environment.

This has brought upon the increased and integrated usage of the Battery based electric vehicles into the industrial perspective of operations and within the Global Electric car rental market optimizations. With continuous development of EV promotion and application in all fields of urban mobility, EV applied in carsharing has become increasingly widespread. Positively affected by early well-known and successful cases worldwide.

Electric vehicle cars (EVs) in the US Market can satisfy personal mobility demands in the United States utilizing domestic energy supplies while also reducing carbon emissions. However, widespread adoption of light-duty electric vehicles would need a review and perhaps modification of the United States’ electric power generating and distribution infrastructure.

Like any transformative new technology, electric cars create a variety of potent economic development challenges and opportunities. While the electric vehicle market is still at a relatively early stage of development, it is poised to reshape industries and communities the world over. Electric cars in the US market have the potential to decrease, or at least moderate the growth of, utility rates. For a technology that will increase total demand for electricity, this may seem counter-intuitive

The US Market of Electric Car can be segmented into following categories for further analysis.

The main aim of electric cars integration into the US Market is its potential contribution to increased electric vehicle adoption. The selection of a certain vehicle depends on the utility that the attributes of this vehicle have to the decision maker. In earlier years, most focus was on instrumental aspects such as price, range, and fuel consumption.

In addition, electric automobiles were much more costly than gasoline-powered vehicles. These same concerns may still be repeated today, despite the fact that battery technology has progressed significantly over the previous century. Battery technology is undergoing extensive research and development in order to enhance performance while keeping batteries lightweight, small, and inexpensive.

EV Car market has recently introduced the Hybrid Electric Vehicle (HEV) is a vehicle that has two sources of motive energy. The hybrid system currently in production uses a gasoline engine in combination with batteries and an electric motor. The impact of HEVs on copper is an increase of 70 – 100% over a conventional ICE vehicle.

The Electric Cars had been arranged with the integration and onboarding of an alternative to batteries for supplying electrical power for a vehicle is fuel cells. A fuel cell powered vehicle uses the electrochemical reaction of combining hydrogen and oxygen to produce electricity. A traction motor is used as the primary propulsion unit so that the impact on copper is very favourable, resulting in an increase of 70 – 100% in copper content when compared to a standard ICE vehicle.

The objective for automakers is to accomplish these benefits without sacrificing vehicle performance, range, or safety. The HEV Car can function two times more effectively than standard ICE cars because it has two drive trains (one ICE that runs on gasoline or other fuels and a battery-powered electric drivetrain). Electric vehicles are the closest thing to a pollution-free mode of transportation. Only the creation of power to charge their batteries and, potentially, the disposal of the batteries would have negative environmental consequences (although recycling may dispel this concern).

Chevrolet EV Model of Bolt 2022 Version has been playing a major role in EV Adoption across the USA in various segments of lifestyles and operational requirements. 2022 Bolt EV comes standard with Chevy Safety Assist suite of advanced safety features designed to let you go confidently ahead. It is integrated with a 11.5kW Level 2 Charging Capability and EPA based estimated 259 Miles charging sustained operations on a single full charge. The Electric car has a power capability of 200hp with a 5 Seating capability.

Rivian Electric Vehicles has been the most established Company into manufacturing EV Cars in the USA. The R1T Model of EV can operate across the hottest and coldest places from 130F to -25F our battery system has been developed to explore. At launch, the R1T will deliver 300+ miles. In January 2022, a 400+ mile R1T will be available. The R1T can drive through 3 feet of water and Rock crawl at a 100% grade. Traverse just about any terrain with 14 inches of ground clearance. With a 0-60 mph time in as quick as 3 seconds