The number of electric vehicles (EVs) has steadily increased over the last several decades. According to projections, more than 125 million electric vehicles will be on the road worldwide by 2030. The lithium-ion (Li-ion) battery, which provides the needed energy storage, lies at the core of these sophisticated vehicles.

Currently, the batteries are the main obstacle to EV wider adoption. The development of better, cheaper, and higher capacity batteries will extend vehicles autonomy, and the users view them as a true alternative to the internal combustion engine vehicles

Waldemar Jungner introduced the nickel-cadmium battery, which improved storage capacity significantly but had certain downsides, including a voltage suppression issue known as the memory effect that develops as the battery ages. Li-ion batteries are energy storage devices that rely on insertion processes between both electrodes, with lithium ions acting as the charge carrier. The Li-ion battery family encompasses a variety of cell chemistries, as defined by this wide definition. A negative electrode is used in most Li-ion batteries. 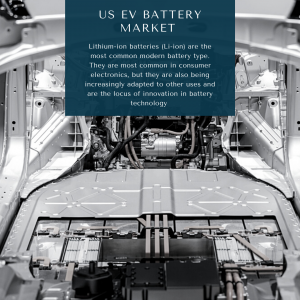 The battery pack is the costliest component in any electric vehicle. For example, the Nissan LEAF’s lithium-ion batteries were initially a third of the vehicle’s total cost. Another fact that reinforces the battery cost reduction trend is building a “Gigafactory” in order to cut down on the production costs and raise the manufacturing of batteries.

There are therefore many choices of materials for the positive and negative electrode materials, the electrolyte, and the separator. The technological limitations of the various materials are driven by their function within the EV usage and battery energy system of operation under the BMS of the specific EV class.

In the US, Electric Vehicle sales increased by more than 250% Year-over-Year in the second quarter of 2021. There were 19 BEVs in the EV line-up in the US in the first half of 2021 along with many more hybrids and plug-in hybrids. The US Government is promising to ban the sale of gas- powered vehicles and improvements in charging infrastructure and battery technology mean that the vision of an electrified future is clearer than ever.

Chevrolet Bolt was No.3 on the list, with nearly 10,188 units sold in the second quarter of 2021.The all-new Ford Mustang Mach-E was No.4 with 10,002 units sold, outselling both the Tesla Model S and Model X.

Due to the COVID-19 pandemic, the vehicle sales were partially driven by lower-than-usual, but that’s not to say that EV sales aren’t actually on the up-and-up. Ford Mustang MAch-E and VW ID.4 are helping to drive EV sales this year by new offerings, while heavy incentives on the outgoing 2020 model year Chevy Bolt EV have also helped to inspire consumers to make the switch. Additionally, 30 percent of consumers are either extremely or very likely to consider an Ev for their next vehicle purchase.

In industries such as electric vehicles (EVs), electronic gadgets, and battery energy storage (BES) for renewable energy, battery technologies are a critical accelerator for growth and new breakthroughs. The early launch of electric mobility is underway in many parts of the world with major adoption being held from the US market of EVs.

The US EV Battery Market can be segmented into following categories for further analysis.

HOBI International Inc. and Retriev Technologies which is the only US facility that was funded by the US Department of Energy to construct a dedicated recycling facility have entered into collaborative partnership for the purpose of collecting and recycling large format electric vehicle batteries throughout US to create value within the battery industry’s circular economy – June 2021

Tesla has developed lithium-iron-phosphate battery solution to lower the cost, extend the vehicle range up to 400 miles and increase the capacity of the batteries to last for as long as one million miles – December 2020

General Motors launched a modular platform and battery system, Ultium in partnership with LG Energy Solution. The Ultium Batteries and Propulsion System enables a range of up to 400 miles on a full charge and 0 to 60 mph acceleration in 3 seconds – August 2020

Nowadays in the US, there is a noticeable increase in the popularity of New entrants who will naturally start as laggards, trailing the incumbents’ resources, access, scale, and competence in today’s LIB technology. However, advanced LIBs are already under development to address the limitations of this generation.

Lithium-ion batteries (Li-ion) are the most common modern battery type. They are most common in consumer electronics, but they are also being increasingly adapted to other uses and are the locus of innovation in battery technology today. In Li-ion batteries, lithium ions shuttle through the electrolyte solution from one electrode to the other. The anode is usually made of carbon-based compounds like graphite. The cathode is usually made of transition metal compounds that contain lithium in their molecular structure.

There is another new technology operating known as the flow batteries, which operate by storing the electro-active material in electrolytes in separate chambers, flow batteries decouple energy storage and power production. Pumps circulate the two electroactive species through a separate module (a “stack”) where the electrochemical reaction takes place.

This technique is becoming increasingly essential for waste management as well as environmental concerns about materials used in Li-ion batteries. By recovering important raw materials like cobalt, nickel, and lithium from end-of-life batteries and batteries that fail quality control after manufacture, recycling will decrease manufacturing costs.

The global automobile industry is facing a slowdown due to the lockdown in several countries that has restricted the production of electric vehicles.The global electric vehicle sales in major markets including US and Europe fell significantly due to the outbreak of COVID-19 pandemic in the first quarter of 2020. Falling consumer demand, Disruption to upstream and downstream supply chains and government guidelines have resulted in the suspension and curtailment of production at major automotive OEMs and battery manufacturers in the US. Due to this pandemic, the US automakers have delayed Asian Li-ion battery shipments initially for Q2 2020.

The United States government has been encouraging investors for both the electric vehicle and renewable industry, resulting in an increased demand for battery-based energy storage systems, primarily led by lithium-ion batteries. The major factors driving the US EV battery market include declining lithium-ion battery prices, rapid adoption of electric vehicles, growing renewable sector and increased sales of consumer electronics. Despite COVID-19, Tesla, one of the leading players in the market, delivered more than 88,000 electric vehicles in the first quarter of 2020 surpassing Volkswagen sales. Tesla has kept making deliveries in the US despite shutting down production at its Fremont, California factory, and it also started delivering the Model Y as well. In June 2021, the US Department of Energy announced $200 million in funding over the next five years for electric vehicles, batteries to strengthen the domestic lithium battery supply chain.

The Federal Consortium for Advanced Batteries (FCAB) has released the US Blueprint for Lithium Batteries to guide investments in the urgent development of a domestic lithium-battery manufacturing value chain in June 2021.The blueprint lays out five goals for federal agency collaboration, one is to secure access to raw and refined materials and discover alternatives for critical minerals for commercial and defense applications to reduce manufacturing dependence on scarce materials like cobalt and nickel. The other goal is to support the growth of a US materials processing base able to meet domestic battery manufacturing demand and to stimulate the US electrode,cell and pack manufacturing sectors.The another goal is to enable US end-of-life reuse of lithium ion batteries and critical materials recycling at scale and a full competitive value chain in the United States. The penetration of electric vehicles is anticipated to provide a massive impetus for the lithium-ion battery market  growth in the US.

Samsung SDI reports very strong financial results in the second quarter of 2021, including a record quarterly revenues up 30% year-over-year and operating profit growth of 184% year-over-year. The revenue from the Li-ion battery segment is about 2,721 billion KRW, up 41.2% year-over-year which is 81% of total revenue of 3,334 billion KRW .The net profit margin is also very high at 8.6%.

In the second quarter of 2021, SK Innovation increased battery sales by about 86% year-over-year with $630 billion. It remains unprofitable, but the operating margin of negative -16% is much better than before because of the volume deliveries of batteries for the Hyundai Ioniq 5 and the early stabilization of new plants.

Tesla reports very strong financial results in the second quarter of 2021, including a total revenues of 11,958 billion USD and total gross profit of 2,884 billion USD with 24.1% total gross margin.Tesla automotive margins have improved to 28% this quarter with operating margin of 11% with a strong free cash flow of over $600 million USD.

Panasonic corporation reports a sales of 1,792 billion yen in the second quarter of 2021 with 29% up year-over-year.The sales increased due to the growth of automotive solutions mainly in automobile market recovery and in automotive batteries contributed by growing demand for EV. The Operating Profit was up 19.3% year-over-year with 9.8 billion yen as it was largely contributed by increased sales in both automotive batteries and automotive solutions.

There has been constant technology battery adoption and automated control system implementation within the EV battery market of Europe. The major stakeholders are involved in implementing new strategies of technology to have a better and safer ride for the customers.

Nissan Motor Battery Technologies has been implementing various technological implementations and integrations into existence considering lithium-ion batteries have better energy densities than lead-acid or nickel-metal hydride batteries, the battery size may be reduced while maintaining the same storage capacity. Nissan’s Lithium-ion battery technology employs materials that allow for a higher storage density of lithium ions. As a result, the journey distance increases.

Samsung SDI is a leading provider of EV battery solutions. The latest prismatic cell technology of Li Ion battery pack in the form of small and stackable form allows for easy cell flexibility and is suited for a variety of setups.

Multiple modules are connected in series or parallel with sensors and controllers, including battery management systems and thermal management systems, to form a battery pack, which is then enclosed in a housing structure as a finished battery product.